I recently went a-wandering to have a look-see if I could fine the original press book for The Wickerman – as I’ve mentioned around these parts before I have something of a softspot for press booklets from back.

Despite the cult and collectible nature of the film you can still occasionally find them, although they’re not necessarily cheap; the two I found were priced at/sold for around £26.00 and £325 (ahem!).

Anyways, as I was having a potter around online I found a site called The Wicker Man (1973) Wikia…

…and just when you think you know a fair bit about the film, have read a related book or two and seen a documentary or few etc… 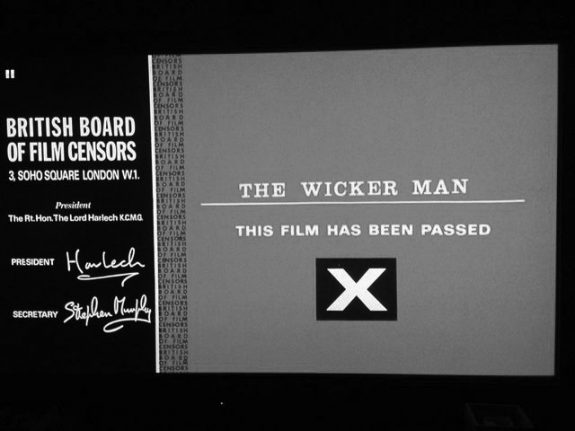 The Wicker Man (1973) Wikia site has 138 different pages on the film, which may not sound like all that many but some of those have literally dozens of photographs, hundreds of pieces of information etc: maps, autographs, scripts, newspaper articles, behind the scenes photographs by the dozen, location photographs then and now, scripts, production notes, floor plans, reunion photographs, memoirs from cast and crew, images from missing scenes, fanzines, construction plans…

…and that’s to mention just a few of the things that can be found there. 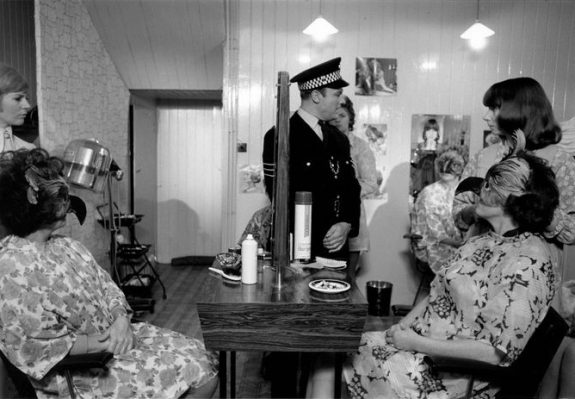 Some of my favourite parts of the site are the Behind The Scenes page, in particular the images of the construction of The Wicker Man itself and also the numbered on-set and press photographs taken from contact sheets.

Those two parts of the site seem, even though they are on a public site, to offer a semi-hidden view or a glance behind the curtain at it were.

And interestingly, I don’t find that they ruin the mystique or myths of the film for me, which I can do sometimes with such photographs or “How We Made The Film” documentaries and DVD extras.

That’s possibly because The Wicker Man has such a multi-layered set of myths around it, some of which are intrinsically connected and interwoven with the production of the film itself and related backstories. 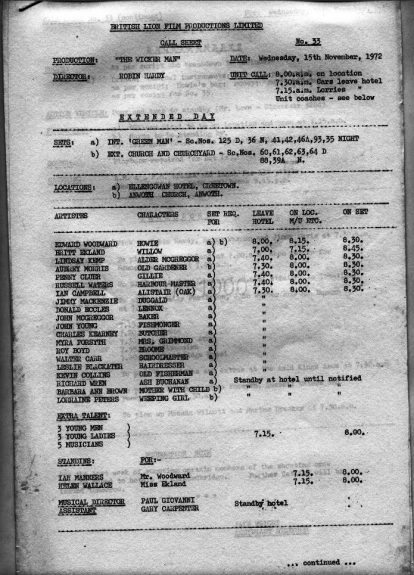 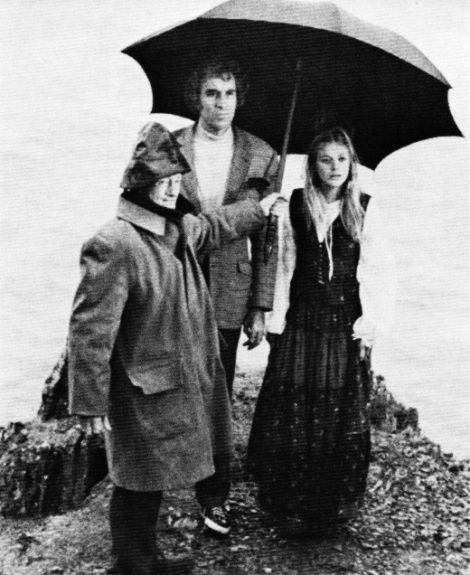 The site is a real labour of love that put me in mind of the Kate Bush Clippings site that I wrote about a while ago, on which there are hundreds or more scans of related magazine etc articles.

The two sites may well also be interconnected in that both Kate Bush and The Wickerman seem to have come to represent, have spun or exist within some kind of world and myths all of their own; ones that connect with some kind of sense of arcane, layered stories, history and fantasia from this part of the world.

Because of the vast nature of the site and the way that it is built (and possibly because of my initial sense of “must try and read and see it all”) it can be a bit overwhelming, so I thought a few initial pointers towards starting points and pages that caught my eye might be helpful…

Directions and Destinations:
The Wicker Man (1973) Wikia (introduction page)
All Pages (you may be there a while…)
Behind The Scenes (still pictures)
Negative numbers (for on-set and press photographs)
Images (all images on the site)
Missing Scenes

Kate Bush Clippings Site (and around these parts)