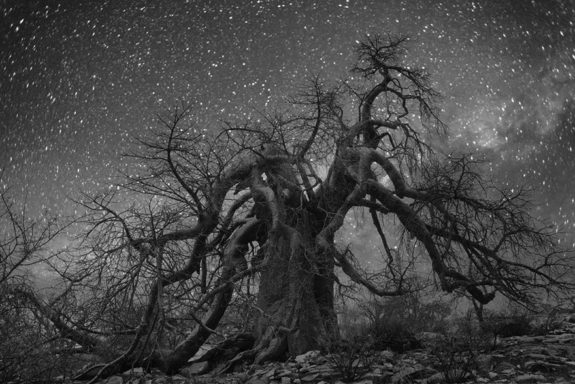 Beth Moon’s photographs of ancient and/or unusual trees have stuck in my mind since I first saw them. 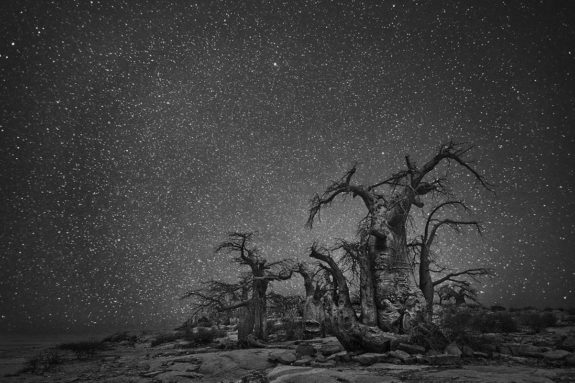 Essentially the trees are just another aspect of the natural world but often there is something almost otherworldly about them. That may well in part come from them at times containing some indefinable sense of their ancient nature which doesn’t purely come from their wizened appearance but rather is more subtly eldritch. It may also be in part be due to how in one of Beth Moon’s projects the trees are set against a backdrop of the cosmos taken in some of the world’s last truly dark places, which adds a literal otherworldly quality to them and also seems to connect them to the ancient and vast nature of the universe. 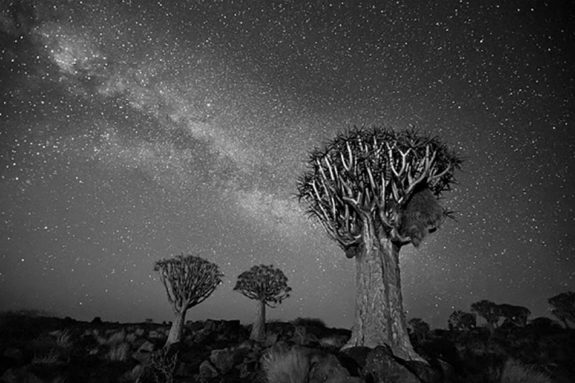 If you should fancy a wander amongst Beth Moon’s photographs of these natural stalwarts the photographs have been collected in two books; Ancient Trees – Portraits of Time and Ancient Trees – Ancient Skies and a selection of her work can also be found at her website – links below.

The photographs and the trees in them bring to mind some of the themes of The Watchers album that was released as part of A Year In The Country in 2019, in particular the sense of them undertaking a stately, still form of time travel. Below is some of the text which accompanied The Watchers:

“Amongst Britain’s trees there are thought to be over 3,000 ancient oaks – those which date back 400 years or more – and of those trees more than 115 are 800 to 1,000 years old or more. They are part of a tree population that also includes ash trees that have lived for hundreds of years and a yew that is estimated to be between 2000-3000 years old or possibly many thousands of years older and that some consider to be the oldest living thing in Europe.

These are living organisms which could be seen to be undertaking a very stately, still form of time travel, to be watchers and observers over the passing of the years, centuries and even millennia.

Some of them have lived through invasions of their island home undertaken by wooden ships, sword and arrow, the final days and passing of the old ways and the times of magic and witchcraft, the coming of the industrial revolution and the dawning of the digital era.

Throughout it all they have stood by and watched the endeavours of humans and the encroaching of their lands as the tales passed through traditional folklore evolved into the sometimes dizzying swathes of today’s cultural landscape, with these “mighty oaks” and their companions now coming to be living amongst the invisible hubbub of modern day wirelessly transmitted communications.

The numbers of these longstanding inhabitants of this once largely green and unpaved land have dwindled due to the march of progress but a few stalwartly continue their journeys through time. The Watchers reflects on those journeys and these ancient trees’ residing over growing layers of history.”

The Watchers album features music and accompanying text on the tracks by Grey Frequency, Field Lines Cartographer, Widow’s Weeds ft Kitchen Cynics, Depatterning, A Year In The Country, Phonofiction, Pulselovers, Sproatly Smith, Vic Mars, The Heartwood Institute and Howlround – for more information click here or on the link below. 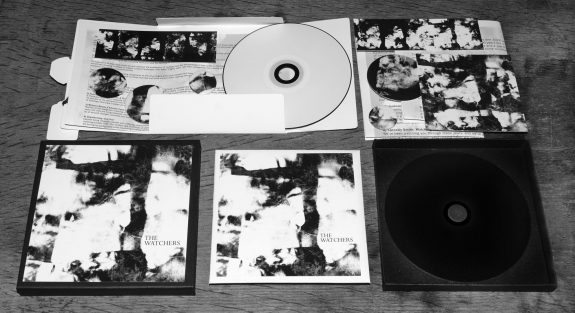