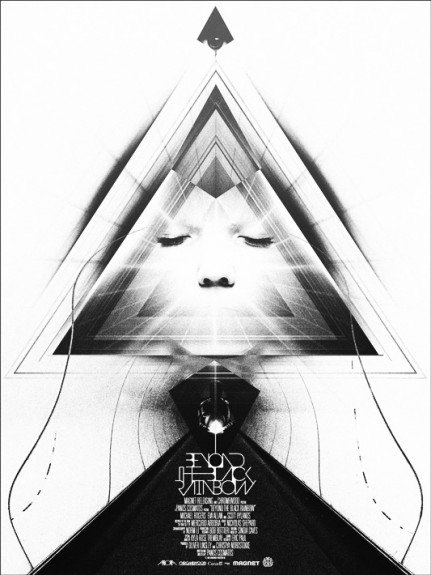 “Hello, my name is Dr. Mercurio Arboria and I am the founder of the Arboria Institute.

It has long been my dream to find the perfect way for people to achieve simply…
happiness,
contentment,
inner peace.

These seem to be things that strangely elude us all but it doesn’t have to be that way.

We at Arboria have found a path to achieve them.

Here at the Institute, we are in the forefront worldwide in neuro-psychology and new therapeutic technologies.

Dr. Barry Nyle,|our head of research, myself and our dedicated team of herbalists, naturopaths, and healers have found a way to make that dream a reality.

Through our unique blend of benign pharmacology, sensory therapy and energy sculpting, we can guide you gently along the path to a new, better, happier you, all in the comfortable surroundings of our state-of-the-art facility and our award-winning gardens.

We invite you to join us…

and find out for your… 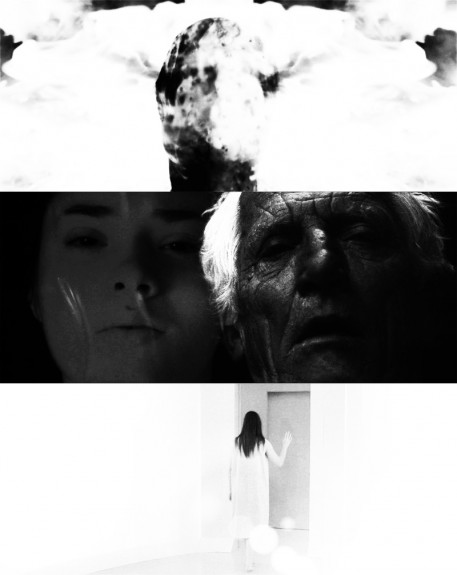 For a fair while now Beyond The Black Rainbow has been an ongoing touchstone, intrigue and point of fascination for me and this year in the country.

It has been described as “a Reagan era fever dream“.

I’ll have to type that again: “a Reagan era fever dream“.

That is a particularly evocative phrase and seems to collate and sum up many of the themes which I visit/revisit around these parts; although referring to a different time period than that which much of hauntological leaning work tends to (the early 1980s rather than late 1960s to late1970s), it shares a sense of the reimagining of cultural memories.

And along with some hauntologically labelled work, Beyond The Black Rainbow also has a strong sense of being a rediscovered lost artefact; this is a film which could easily sit amongst the further reaches of early 1980s video shelves. More than a little I felt when I was watching it that I had discovered some overlooked David Cronenberg film from that time. 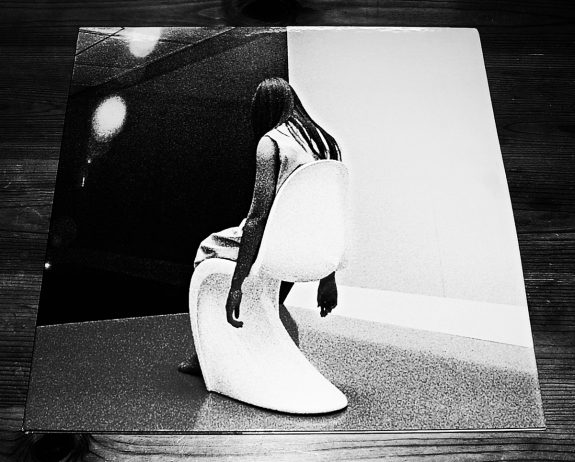 Accompanying the visual beauty and entrancing of the film, is the analog synthesizer score by Jeremy Scmidt (also of Sinoia Caves).

If the film could be a rediscovered Cronenberg project, the music could well be what my minds tends to imagine a Tangerine Dream soundtrack from another era could sound like.

(As an aside, I should say that neither the film nor the music are an exercise in retreading; though they may have taken their initial impetus from preceding work and aesthetics, they have taken their source material/inspirations and created something that stands linked to but definitely separate from that which was sent out into the world before).

One of the themes of the film could well be seen to be a thorough corrupting of new age principles; a curdling of philosophies of empowerment and enlightenment. And along which lines, the soundtrack puts me in mind of the further reaches of what has been loosely labelled new age music, in particular Emerald Web or some of work that can be found via I Am The Center: Private Issue New Age In America – 1950-1990 such as that by Wilburn Burchette.

(It’s strange to think of anything with the phrase new age connected to it as being left-of-centre, counter-cultural, sometimes rather underground and quite out there culturally but in such cases it is somewhat that).

The audio accompaniment/soundtrack is a thing of beauty in itself and for a long time it existed only as “bootlegged” digital versions, borrowed and recorded from the film itself and was accompanied by non-separated/non-separable elements of the award winning gardens and environs from which it came.

After something of a wait the “official” soundtrack arrived from over the seas (a different but same version can also be found on these shores) encased in the grooves of vinyl and heavyweight gatefold sleeves. A rather lovely artefact in itself.

On first listen and after much hankering after this purer distillation of this part of the work, I found myself enjoying it but also missing the accompanying dialogue and sound effects. It felt possibly that it had become more music than spell in a way through this process of trimming away.

Those non-musical elements on the non-fully separated version caused the film to play and re-play in the mind, they are pointers towards it…

It was still a fine piece of music but there was a sense of it having been shorn a little and when voices from its original home appear distantly on the record then those stories began to play once again.

(As an aside and on the inclusion and non-inclusion of such things on various vessellings of The Wickerman’s soundtrack:

“The extra atmosphere was… important… you started creating your own narratives. It’s a powerful thing…”

Ah, I wandered how long it would be before I looked out and towards particular constellators once again… not long in this instant). 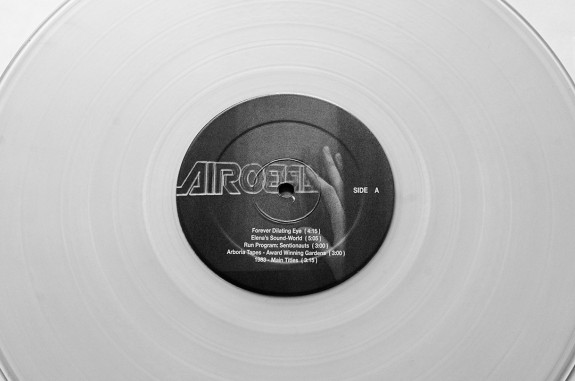 Though, as I type it has just begun an inaugural spinning rather than magnetic recalling and…

Previous listening to the “official soundtrack” release was carried out via  less corporeal encapturings of the music which accompanied the purchase of said artefact and access to which preceded its physical arrival, as is often the modern way… free zeros and ones when you should purchase a disc for spinning (or storing).

Interestingly, though I am often not overly aligned to particular forms via which the music I peruse/listen to/explore has been recorded and transmitted to the world, there is something about the growl and growth of this particular record on its modern-day shellac that makes sense, that belongs… that spell returneth, connected but changed. This is work which has its roots in its arboric home but has become another, separate, massive sounding thing. 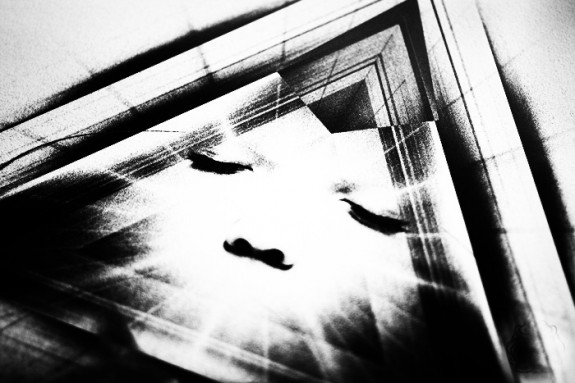 As a final aside, in my mind’s eye I tend to think of the bespoke poster design by Jay Shaw (just above/to the left/below/at the top of the page) as being the “official” poster for the film. I find it to be somewhat possessing of a deal of beauty and alongside it’s re-illustrating of the Arboria Institute, it is also an artefact which seems to connect backwards and sideways with the earlier mentioned new age corruptions.

…and connecting to the sense of it being a rediscovered/lost artifact, it was also sent out into the world on the reels and strands of a limited run video cassette, artwork once again by Jay Shaw… 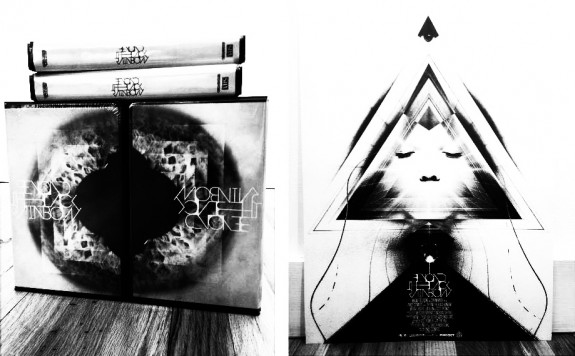 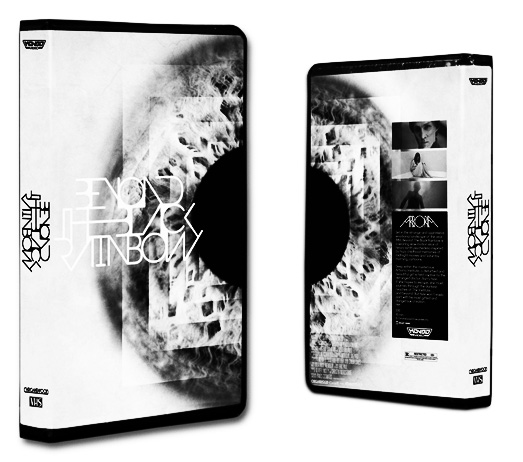 Before I point out the following signposts and pathways, I feel it fair to say that Beyond The Black Rainbow and some of its connected artifacts are not always an easy or light watch/peruse… tread carefully…

Visit Beyond The Black Rainbow audiologically here and with additional information here. Visit the beginnings of those award-winning gardens here.

Lost celluloid flickers and other particularly sharp travels in forms of modernist psychedelia: step under the dome of antecedents and begin Phase IV here. Omega: shades and shadows of another prescient journey.