1) The booklet included with the 2015 represses of Broadcast’s albums.

Along with Mother Is The Milky Way, this seems to be one of the very rarest of Broadcast artifacts.

I know that it was included with initial copies of the represses but I don’t know how many copies were printed/included and apart from the initial press mentioning about the booklet, I’ve never seen another copy, photographs of it or a mention of it being included with an album that is for sale/resale since the initial period of the re-releases.

Seek and you may find (or not)… 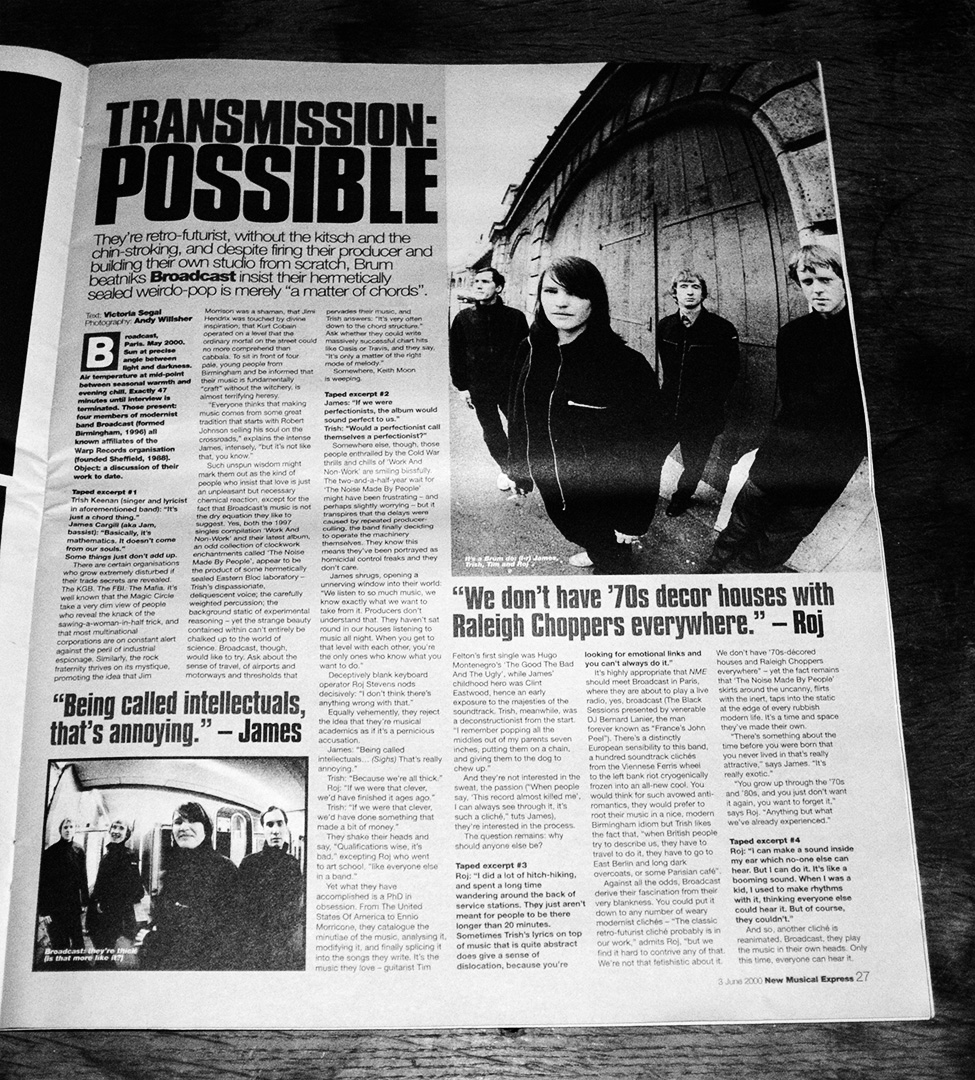 It’s been a fair old while since I’ve picked up an old copy of the weekly music press such as the NME and it was a genuinely odd experience, it feels like such a time capsule from another era.

One of the things that struck me on reading the magazine was just how important it was once upon a time with regards to “making or breaking” bands etc, in the sense that there weren’t all that many outlets back then for indie/independent/leftfield/younger persons/student-esque music.

And there, in the middle of it all, something of a cuckoo in the nest, are Broadcast.

With hindsight they seem somewhat out of place but I guess for a brief(ish) moment they were marketed in a similar way to other young people/student-esque etc bands.

3) Trish Keenan’s sleeve notes for the Finders Keepers/B-Music release of the soundtrack to Valerie And Her Week Of Wonders.

This seems to be a pretty rare item nowadays, which is a shame as it’s a fine gathering of work and the sleeve notes are well worth a read and peruse.

They include a consideration of the cinematic background of the film by Peter Hames, author of the book The Czechoslovak New Wave and Andy Votel’s (who is one of the people behind Finders Keepers) notes which are a personal history snapshot of cultural discovery and subsequent cultural explorations and searching.

Trish Keenan’s notes are relatively brief but they are very evocative, particularly in capturing a sense of the point when a piece of work does seem to literally open up new pathways within your mind and very firmly take root within them.

In a way, it is a reflection of a form of (non-lysergic) psychedelic awakenings.

Intertwined wanderings around these parts:
Day #33/365: Broadcast and the Focus Group Investigate Witch Cults of the Radio Age and the recalibrations of past cathode ray stories…

Audio Visual Transmission Guide #28/52a: Valerie And Her Week Of Wonders – Unreleased Variations Away From Bricks And Mortar