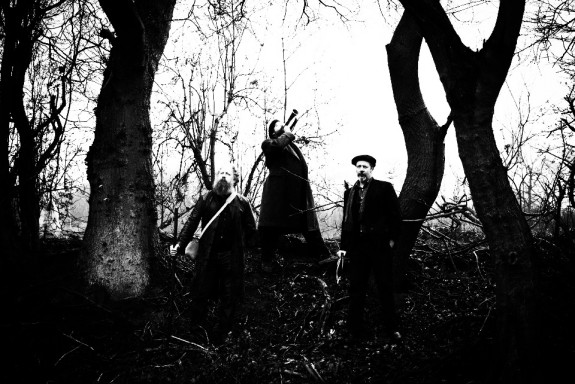 File under: Trails and Influences. Other Pathways. Case #23/52.

Now, Hand of Stabs are a curious and intriguing proposition, trio and well, phenomena.

In their own words:

“Hand of Stabs, from the South East of England, are a three-man collective who’s work draws inspiration from their exploration of local, often forbidden, landmarks. They create improvised sound pieces which can be simultaneously uplifting, difficult and intense using both traditional and homebuilt instruments.

Sharing a love of the history and sacred past of Medway Towns and surrounding countryside, and inspired by regular, often night-time walks through these spaces, they are creating a series of soundworks evoking and celebrating their essence.” 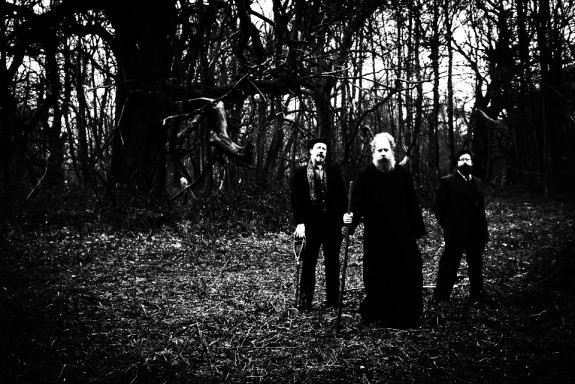 Their recorded music is resolutely experimental but also very listenable-to, it is both warm and unsettling and although often created in part with resolutely non-electronic equipment, it makes me think of electronica played on and summoned from the land and soil.

Also, when I think of Hand of Stabs I’m reminded of the likes of COUM Transmissions, Throbbing Gristle, maybe a touch of Einstürzende Neubauten and even Herman Nitsch. There seems to be some kind of line or continuum from such cultural explorers and boundaries pushers to these gents but HoS have replaced forms of aggressive transgression with something more pastoral in its themes, while still creating work very far the centre of things and which delves in the hidden. 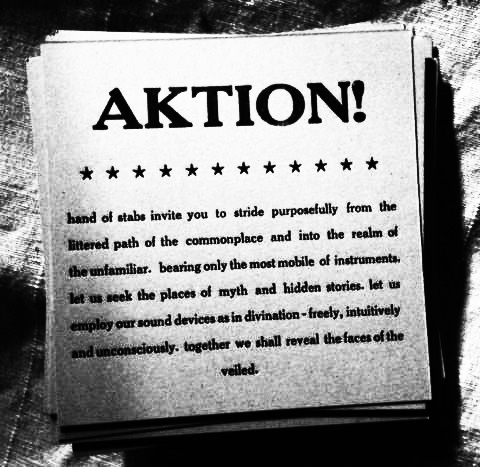 They often describe their work as Aktions and much of it exists only as a performance in a very particular time and space, often occurring in the green spaces and woodlands of this fair land. I find that somewhat refreshing in these days of zeros and ones where every single utterance and performance is recorded and pinned for posterity.

To intrigue the imagination, here are some of the themes and the ornithological soundtrack from one of their recent performances:

“…the demise of Beowulf, Medway estuarine piracy and fresh-water mermaids – with an awe-inspiring accompaniment from the cuckoos, nightingales, rooks, marsh harriers and herons of Northward Hill RSPB Reserve…”

While earlier in the year they collaborated on a performance, with dance accompaniment, based around a piano which was left in the woods for a year and played at the same time once a month, exploring and making use of it’s changing state. 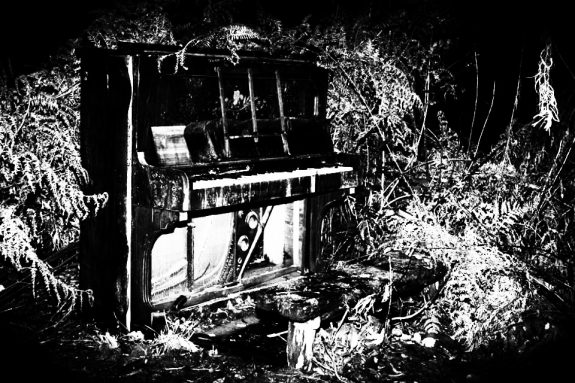 Well, if that doesn’t capture the attention of ones curiousity, I’m not quite sure what will.

They cut a very particular dash to. Nice jib chaps. Always appreciated around these parts. 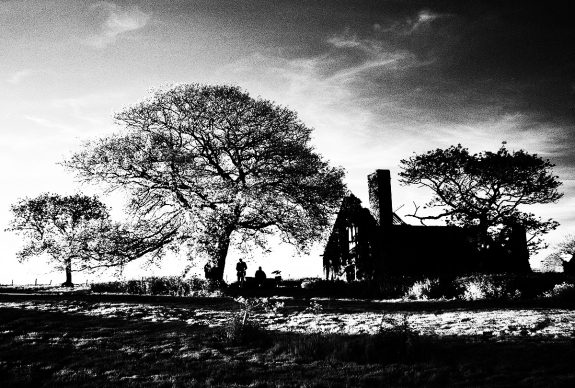 (The above photograph is of Hand of Stabs beside the ruined schoolhouse in the lost village of Elmley, Isle of Sheppey. Infrared photography by Stuart Ody of the New Brompton Postcard Co.) 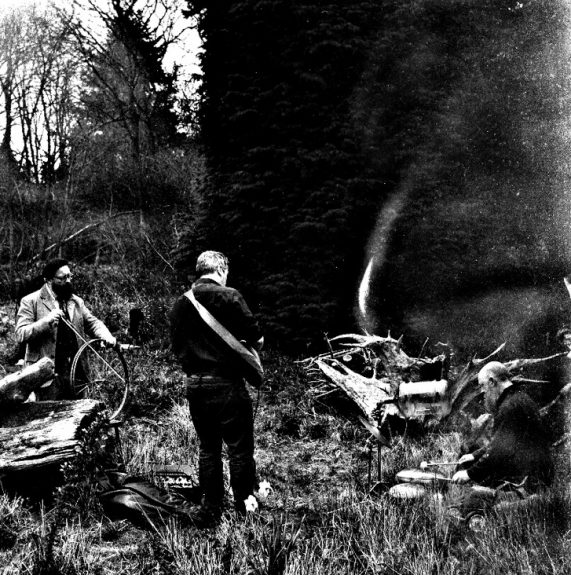 (Above photograph by Kevin Geraghty-Shewan.)