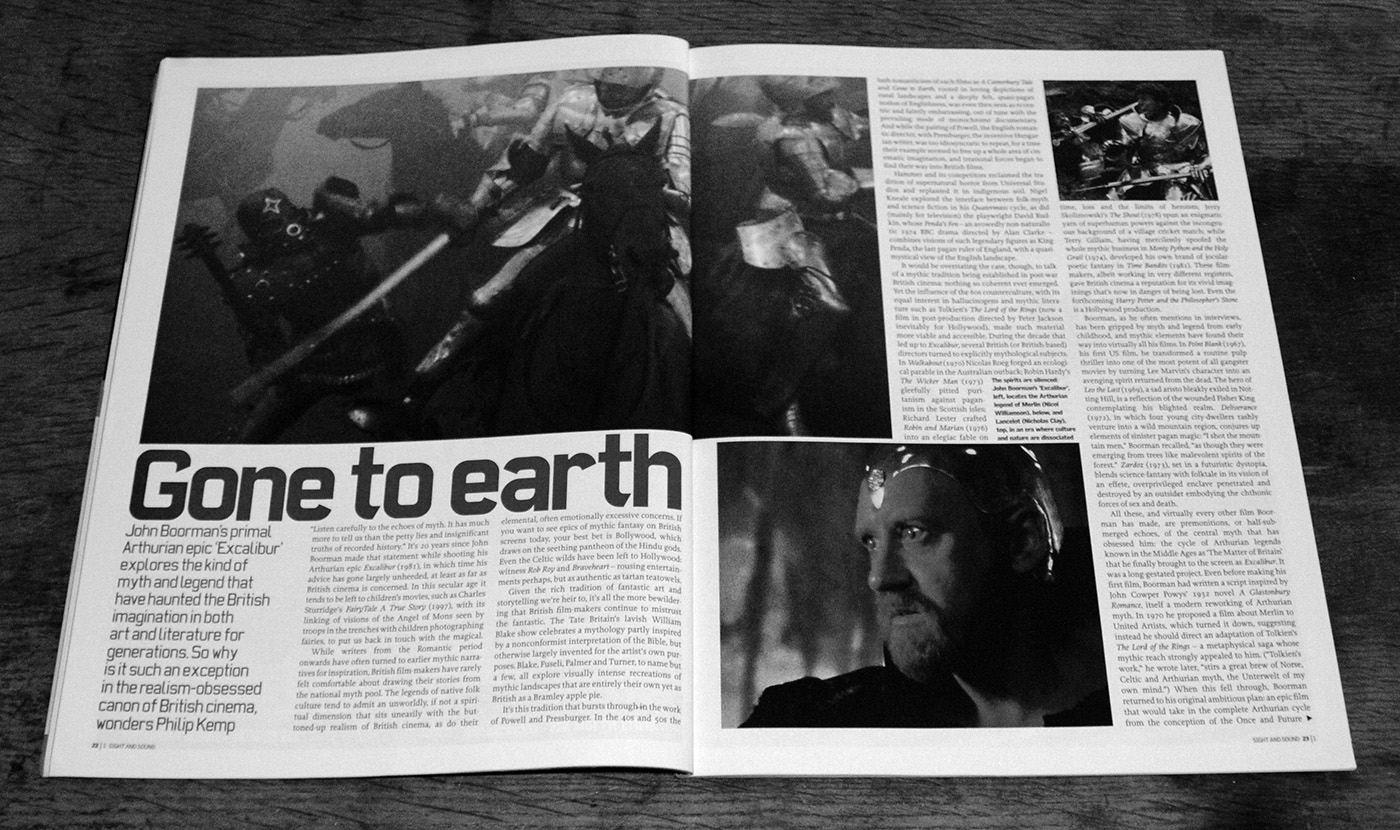 I recently(ish) came across this article by Philip Kemp in the January 2001 issue of Sight and Sound magazine which takes as its starting point the work of John Boorman and in particular his 1989 Arthurian film epic Excalibur.

Pre the more recent overt interest in such things, it is in part an exploration of myth, fable, folklore and the hidden tales of the land in British cinema (and a touch or two of television)…

It is a highlighting of the tendency within British cinema to shy away from and almost be embarassed by the possibility embracing the grander or more esoteric aspects of myth and mythology. 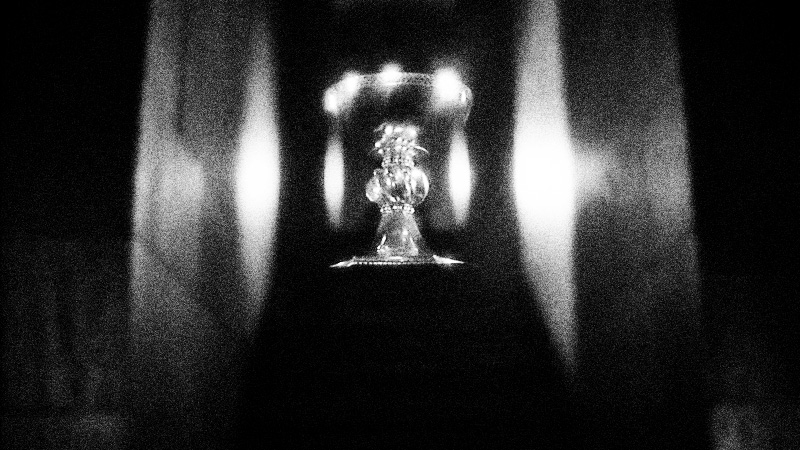 Here are a few excerpts that caught my eye:

“Listen carefull to the echoes of myth. It has much more to tell us then the petty lies and insignificant truths of recorded history (John Boorman).”

“While writers from the Romantic period onward have oten turned to earlier mythic narratives for inspiration, British film-makers have rarely felt comfortable about drawing their stories from the national myth pool. The legends of native folk culture tend to admit an unworldly, if not a spiritual dimension that sits uneasily with the buttoned-up realism of British cinema…”

“Blake, Fueseli, Palmer and Turner, to name but a few, all explore visually intense recreations of mythic landscapes that are entirely their own yet as British as Bramley apple pie…”

“It’s this tradition that bursts through in the work of Powell and Pressburger. In the 40s and 50s the lush romanticism of such films as A Canterbury Tale and Gone To Earth, rooted in loving depictions of rural landscapes and a deeply felt, quasi-pagan notion of Englishness, was even then seen as eccentric and faintly embarassing, out of tune with the prevailing mode of monochrome documentary.” 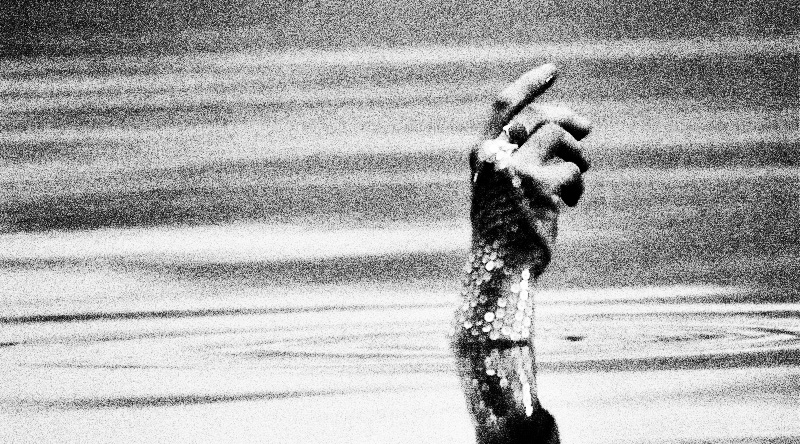 “Hammer and its competitors reclaimed the tradition of supernatural horror from Universal studios and replanted it in indigenous soil. Nigel Kneale explored the interface between folk-myth and science fiction in his Quatermass cycle, as did (mainly for television) the playwright David Rudkin, whose Penda’s Fen… combines visions of such legendary figures as King Penda, the last pagan ruler of England, with a quasi-mystical view of the English landscape.”

Avoiding such things may in part be due to budgetary restrictions but I suppose interestingly, if you look at films such as Puffball, In The Dark Side and Kill List, you can see some kind of interweaving between the more realist or almost documentary like side of British film making with elements of folklore and myth, without the need for huge, more expensive spectacles.

And finally, the image below… Shades of Zardoz perchance?… 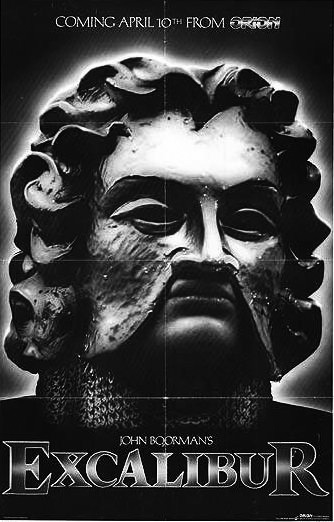 Intertwined wanderings around these parts:
Day #21/365: In The Dark Half

Day #197/365: Huff-ity puff-ity ringstone round; Quatermass and the finalities of lovely lightning

Day #313/365: The curiousities of Puffball… “Everything has changed, we don’t belong here…”

Day #326/365: Harp In Heaven, curious exoticisms, pathways and flickerings back through the days and years…

Week #36/52: Gone To Earth – “What A Queen Of Fools You Be”, Something Of A Return Wandering And A Landscape Set Free

Week #45/52: Quatermass finds and ephemera from back when

Wanderings #24/52a: Zardoz Ephemera / A Revisiting Of Fading Vessellings

Elsewhere in the ether:
The issue in question of Sight And Sound