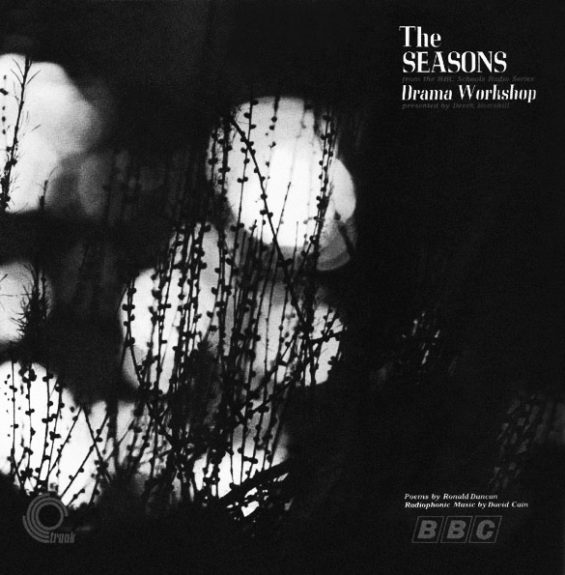 This record,  with music by David Cain and “poetry” by Ronald Dunan, is one of those shake your head and be pleasantly slightly stunned moments in culture.

This was music for “designed to stimulate dramatic dance, movement, mime and speech”. It was part of series of radio broadcasts by BBC Radio For Schools called “Drama Workshop”, which apparently was a a creative drama programme for children in their first and second years of secondary school.

Well, I guess then it was at least aimed at 11-12 year old. Still rather odd and surreal but probably not quite as nightmare inducing as if it was say for 5-8 year olds.

Why do I say that? Well, to a minimal Radiophonic musical backing (or is it a suite of Ghost Box Records recordings that fell back through time?*), here are a selection of the lyrics:

“Like severed hands, the wet leaves lie flat on the deserted avenue. Houses like skulls stare through uncurtained windows. A woman dressed like a furled umbrella, with a zip fastener on her mouth steps out of number 53 to post a letter. Her gloved hand hesitates at the box. Then knowing there will be no reply, she tears it up and throws it in the gutter. And autumn with it’s pheasants tail consoles her with crysanthemums.”

Pardon? That would be a touch odd for a later 60s psychedelic album or performance piece, let alone something aimed at schools.

“An empress with an endless train walks the broad valley, she holds no sceptre, wears no crown, moving so proudly. White swans and modest little boats follow her slowly, thus the royal cortege goes down to the indifferent sea. Her way is lonely.”

Her way is lonely? Why is her way lonely? These things can prey on a young mind. 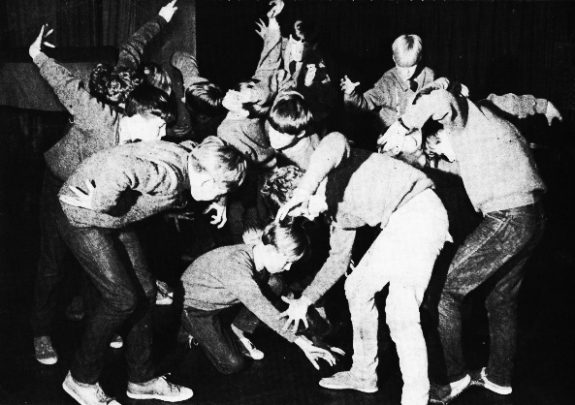 (A touch of movement and mime; a photograph on the cover of the album).

I think I would probably file it alongside the likes of the TV series of Alan Garner’s The Owl Service as things which are possibly a little to otherly for their intended young audience (though that’s in large part why they have gained cult appeal over the years): “I am the wolf in every mind”? Blimey.

The albums songs (and I use that word fairly loosely) are divided into twelve months and four seaons but I only ever seem to properly listen to July and October on the album. I’m not quite sure why but I will find myself humming the beep like refrains to those two songs as I wander along and it’s always those that I return to.

The original version of the album, if you should be able to find one, is likely to cost you a fair few pennies. Fortunately it has been re-released by Jonny Trunk. Here’s him on the album:

“This album is a “cult” classic in many ways. Always a little devil to find, I first posted it up on the Recommendations pages in 2003. This was one of three copies I’d found with Martin Green at a Tonbridge Wells record fayre in the late 1990s. Several people in my small circle of peculiar musical chums also came across it, and by the mid naughties it was coming across as a major influence on retro futurism and the new fangled scene they named hauntology. This comes as no surprise as the album has several layers and levels to it; it is weird, spooky. unsettling, very British, has an unusual whiff of childhood to some, it comes scattered with pregnant language and is full of unexpected metaphors, pagan oddness, folk cadences and insane noises. Does it get any better? Considering this was an LP made for children’s education and improvised dance, I think not.” 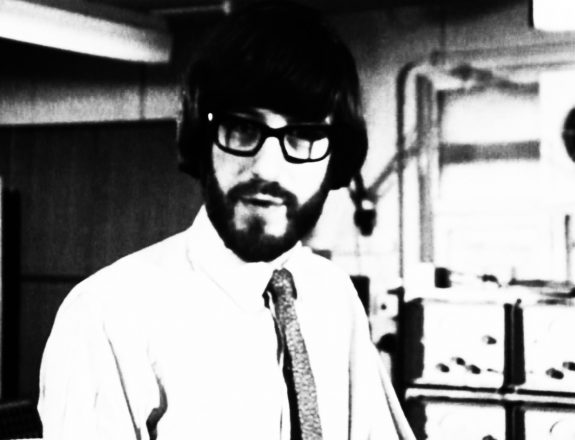 Peruse the album and read an interview with David Cain by Julian House of Ghost Box Records/Focus Group at Trunk Records here.

In a way it could be seen as part of mini-genre of school music related oddness. That would probably take in a couple of other Trunk Records releases (the Classroom Projects compilation and Carl Orff & Gunild Keetman’s Music For Children/Schulwerk) and probably the granddaddy of all such things The Langley Schools Music Project Innocence & Despair (a sixty strong group of Canadian schoolchildren reinterpret David Bowie, The Carpenters, Brian Wilson and more). 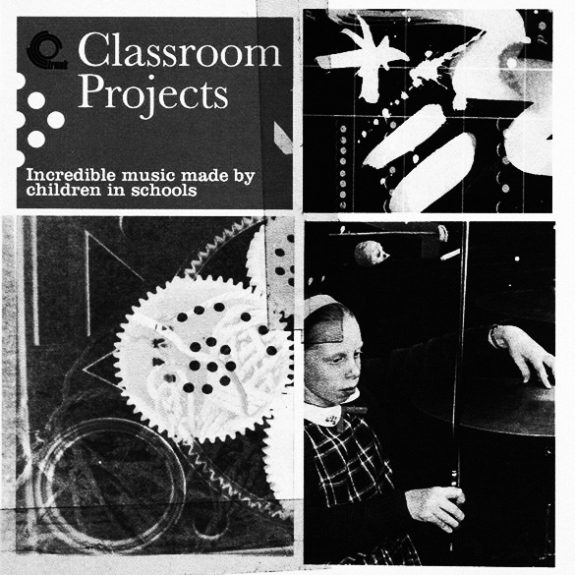 (As an aside, whenever I hear the version of Space Oddity from The Langley Schools Music Project I’m always transported back to the English seaside, in particular a studio flat I shared, lived and worked in for a brief year or so: it was on a compilation that somebody had done for the gal I was living with… the flat was all corridor, long, thin and tall and it would drift up from the decades out of the room where she worked.)

In many ways such school albums/the music contained in them could be seen to genuinely be folk music, in the sense of being music from the people, by the people, generally unmediated by outside concerns (or if they were, they seem to have sidestepped them to leave precious unfettered musical snapshots).

*Adding to that sense is the aforementioned interview between Julian House and David Cain, that the sleeve notes for the re-release were written by sometimes Ghost Box traveller Jon Brooks (The Advisory Circle). Or indeed the post on the album’s re-release at the Belbury Parish magazine, where Jim Jupp says:

“Its an album that’s very much part of the DNA of Ghost Box; the perfect example of the spooked educational media we reverence and reference so often.”