“It didn’t used to be like this. Computers telling us what to do.” (Quoted from the film Looker.)

The 1980s was the first time that computers began to enter the home in any large quantity but they tended to be relatively underpowered machines that were probably used mainly for game playing, alongside some hobbyist programming and possibly the occasional piece of home accounts or writing.

In the wider business and research world computers were more powerful but comparative to even today’s more day-to-day mobile phones, what were then known as high-end supercomputers were also not overly powerful machines. 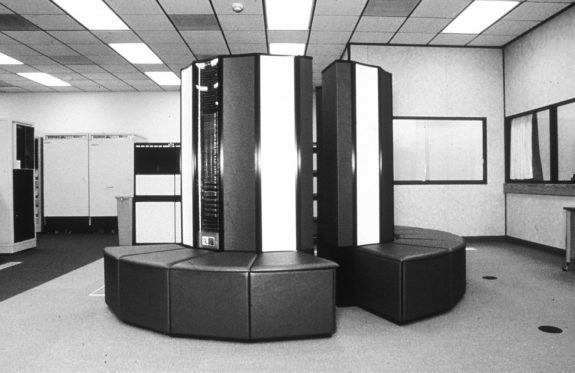 For example the Cray X-MP supercomputer released in 1982 had two 105MHz processors, with external hard drives that stored 1.2GB. At the time the computer cost 15 million US dollars plus the cost of the hard drives, which each cost in the hundreds of thousands of dollars. Allowing for inflation that would be a cost of over 39 million US dollars for the computer alone.

In comparison at the point of writing the Moto G6 mobile phone, which is considered fairly budget orientated, has a processor with eight cores, each running at 1800MHz and cost approximately $149. 6000GB external hard drives are now not uncommon and cost from around $130…

…and in terms of the reduction in size and convenience of devices (whether real or imaginary); above on the left is a warehouse sized almost steampunk-esque 3D scanner in Looker, pictured next to a contemporary hand-held 3D scanner.

Despite this relative lack of power, in 1980s cinema computers were often depicted in films such as Wargames, Tron (1982), Superman III (1983), Electric Dreams (1984) and Looker (1981) as machines capable of artificial intelligence, producing real-time images of realistic worlds via their graphic power, creating autonomous worlds and indeed taking over or destroying the world.

Essentially they were often depicted as machines to be wary of and the “bad guy” or at the very least a tool used by the “bad guy/s”.

(This over-inflation of 1980s computer’s abilities has also at times been carried forward and occurs in more contemporary fictional work that looks back at 1980s computers; in the earlier 1980s set episodes of Halt and Catch Fire, a television series which began being broadcast in 2014 and which looked at the creation and release of an independent brand of PC computer, people become very passionate about the potential of these PCs and there is an attempt to release one which “talks” to its users – while at the time the realities of these machines were not much more than fairly basic office machines and any ability to genuinely interact with their users via language would have been very limited.) 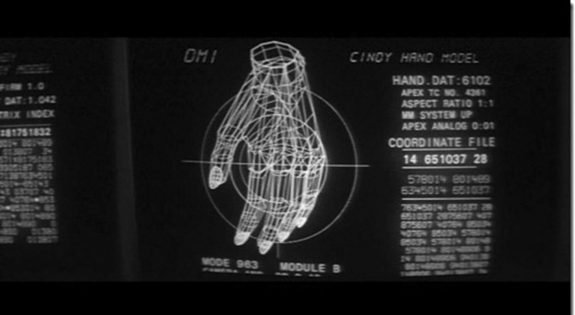 Included in such cinema is the just mentioned film Looker, written and directed by Michael Crichton, the plot of which involves advertising models who are digitally scanned by the Digital Matrix research firm to create 3D models that are animated for use in commercials. The models who are scanned begin to be assassinated and it becomes apparent that Digital Matrix is behind this and is planning on using advanced technology devices to hypnotise consumers into buying the products it advertises.

It is notable for being the first time in a film when there was an attempt to make a realistic 3D digitally generated human character – although this is still obviously a computer generated image.

The power of computers at the time is massively overestimated as even with todays high-end computer power, purely digitally created human characters still rarely completely convince and at the time the digital recreation of the scanned models would have probably taken years of computer time even for the creation of a relatively short commercial. 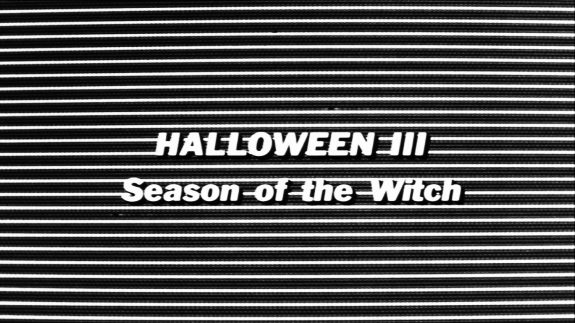 The film could be considered a more mainstream counterpart to David Cronenberg’s Videodrome (1983) in its comments on the effects of media and television and while not as overtly transgressive as that film it has a downbeat, cusp of the 1970s/80s feel that mixes glamour and sleaze. In the utilising of television as a medium with which to brainwash/corrupt the populace it also connects with the 1982 film Halloween III: Season of the Witch, although in that film the intention is a much more destructive one based in ancient pagan rituals.

The comment on the persuasive power of the media in Looker is made particularly explicit in one speech featured in Looker:

“Television can control population’s opinion more effectively than armies or secret police because television is entirely voluntary. The American government forces our children to attend school but nobody forces them to watch TV. People of all ages submit to television. Television is the American ideal – persuasion without coercion. Nobody makes us watch. Who could predict that a free people would voluntary spend 15 years of their lives sitting in front of a box with pictures. 15 years in prison is punishment but 15 years in front of a television set is entertainment.”

This absorption and submission to television is particularly portrayed when one of the models who is worried for her life visits her parents in a state of visible distress and upset but they do not (or cannot) take their eyes off a television screen which appears to be playing lowest common denominator comedy.

The end credits in the film list the commercials featured in the film and their directors. These have simple one world titles that seem to boil down their intentions to their simplest, most aspects and include “Liberty”, “Ravish” and “Believe”.

(As an aside these titles seem reminiscent of the B-side of the Coil 10″ The Unreleased Themes for Hellraiser which included a selection of the band’s work for commercials. I assume for copyright reasons these were just listed as “Airline 1”, “Cosmetic 1”, “Analgesic” etc.)