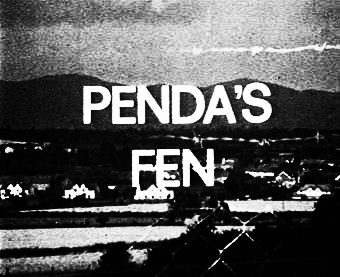 Well, where to start with Penda’s Fen?

There have been are a few films and television series along the pathways of A Year In The Country that have been “How did that happen? How was that allowed onto/into mainstream television and cinema?” moments.

But I expect they all pale somewhat in that sense before Penda’s Fen, created for television by David Rudkin and Alan Clarke.

While The Ash Tree (see Day #188/365), also created by David Rudkin, is an unsettling film, it still exists and can be located within conventional film/horror narratives and genres. The same cannot be said for Penda’s Fen.

…and that’s just off the top of my head as it were. Oh and I’d forgotten about the voluntary bodily de-appendaging scene that’s a cross between some 1970s swingers get together, an episode of Tales Of The Unexpected, a folkloric gathering in The Wickerman and who knows what else.

It could be a head spinning melange and collage of freakish/cult film making but it’s not. Although in its hour and a half (actually, its first half hour) it manages to have covered more topics than a whole catalogue of other films may do, this is a very cogent and coherent film. It is a film which at its core I think deals with conformity, coming of age and mankind’s sacred covenant with the land. I think.

This is visionary film making (though made for television). Challenging, unique.

With which, 28 sentences, quotes, images, thoughts, from and about Penda’s Fen: 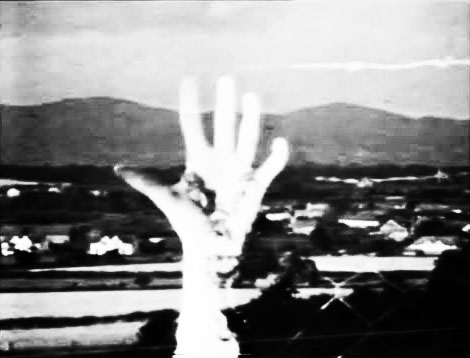 4) “Hear the angel and the demon on those hills.”

6) “The house rules that the media are a source of evil to society.”

7) “The manipulators, the fixers, the psychopaths who have real power in the land.”

8) Thought: in the beginning he is a priggish, conservative youth… by the end… 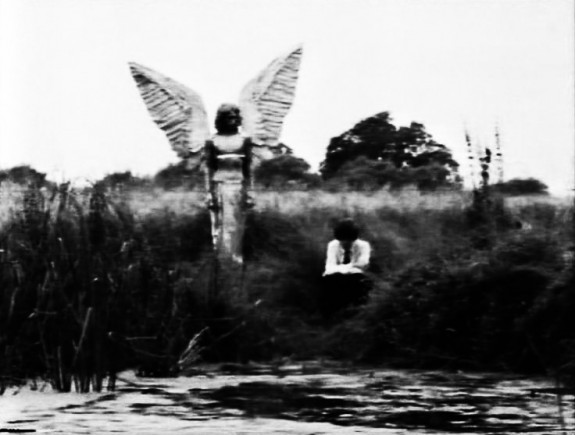 9) Thought: shades of the hidden subterranean subterfuges of Edge of Darkness?

10) “What is it that is hidden beneath this shell of lovely earth? Some hideous angel of technocratic death?”

12) “The lonely (lovely?) places technocrats choose for their obscene experiments.”

13) “…you’ll find the sick laboratories built on or beneath these haunted sites.” 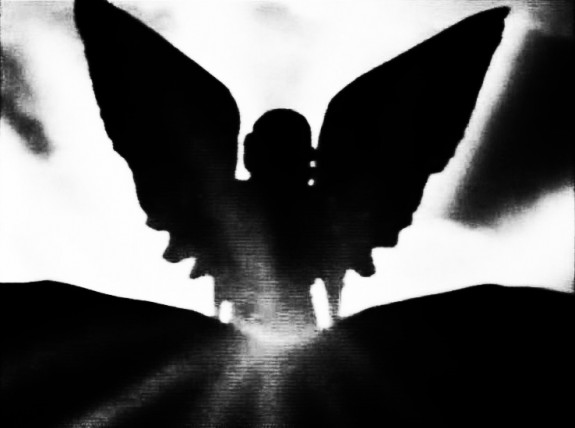 16) “Some say the spire of a church acts as an aerial, attracting around it the old elemental forces of light and darkness in combat.”

17) “They believed light is a valuable spark in man, under constant attack from the forces of darkness.”

18) “The public have lost the imaginative strength they had, their sight and will to see what’s really going has been steadily weakened by the entertainment barons for gain, the yes men for craveness.”

19) “We’re not people anymore with eyes to see, we’re blind gaping holes at the end of a production line…”

20) “You hanker suddenly to join your generations underside.”

22) “When the church, any church goes to war against an older god, it has to call that older god the devil.”

23) Thought: ah, interesting, pagan actually means/is derived from “of the country, of a village.”

24) “Revolt from the monolith… come back to the village.“ 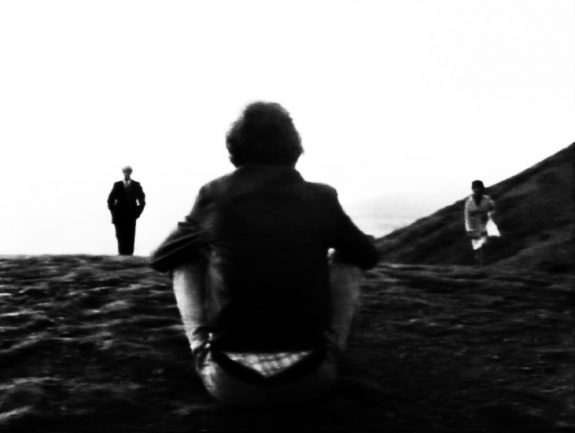 25) Thought: the woman from the moral majority crusaders even looks like Mary Whitehouse’s silhouette from a distance as she comes over the hill.

26) “I am nothing pure, my race is mixed, my sex is mixed, light with darkness.”

27) “You have seen your true guardians of England, sick father and mother who would have us children forever.”

Mr Rudkin, a tip of the hat to you sir. 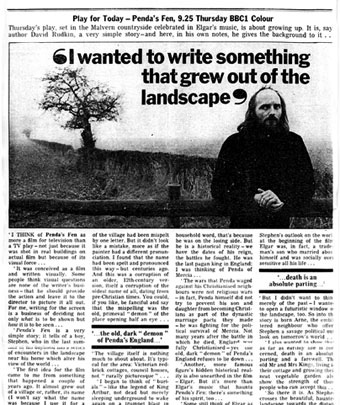 You can read the full text of the above interview here.