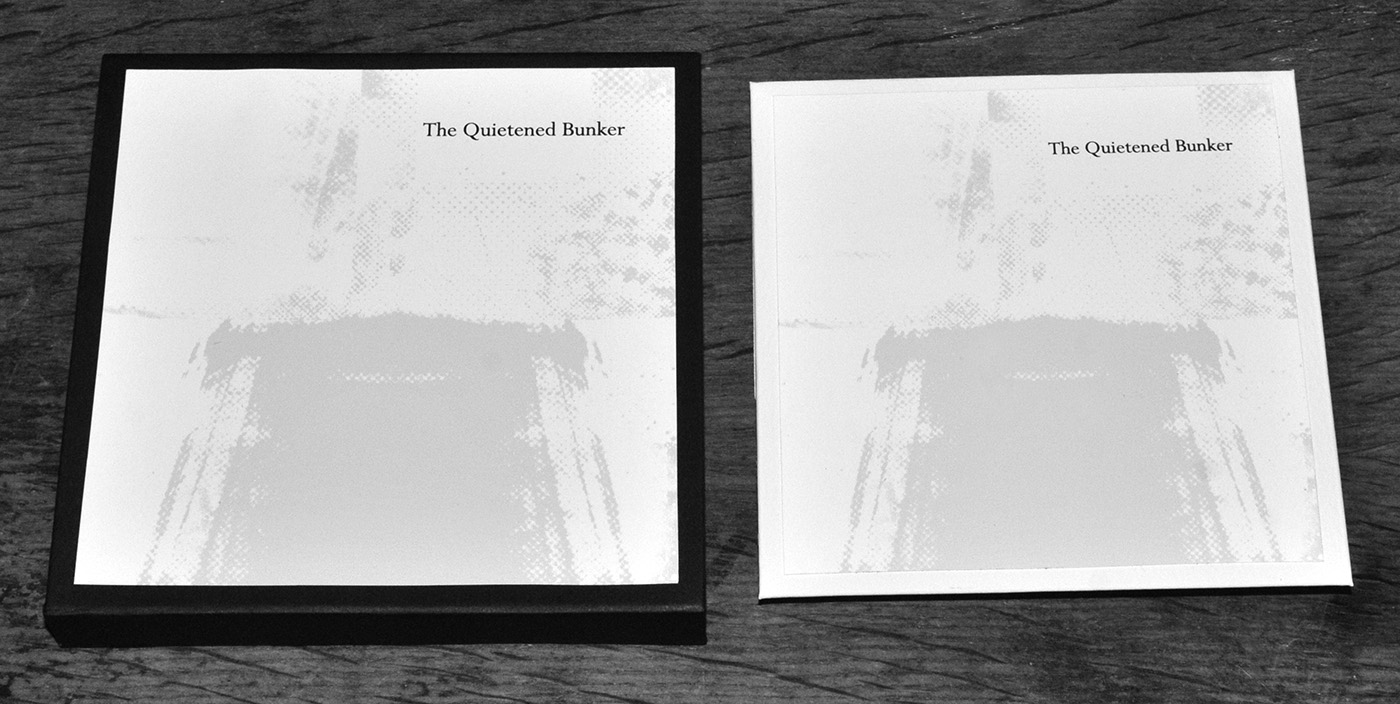 Audiological Transmissions Artifact #4
The Quietened Bunker is an exploration of the abandoned and/or decommissioned Cold War installations which lie under the land and that would have acted as selectively populated refuges/control centres if the button was ever pushed; a study and reflection on these chimeric bulwarks and the faded but still present memory of associated Cold War dread, of which they are stalwart, mouldering symbols.

Both editions hand-finished and custom printed using archival giclée pigment ink by
A Year In The Country. 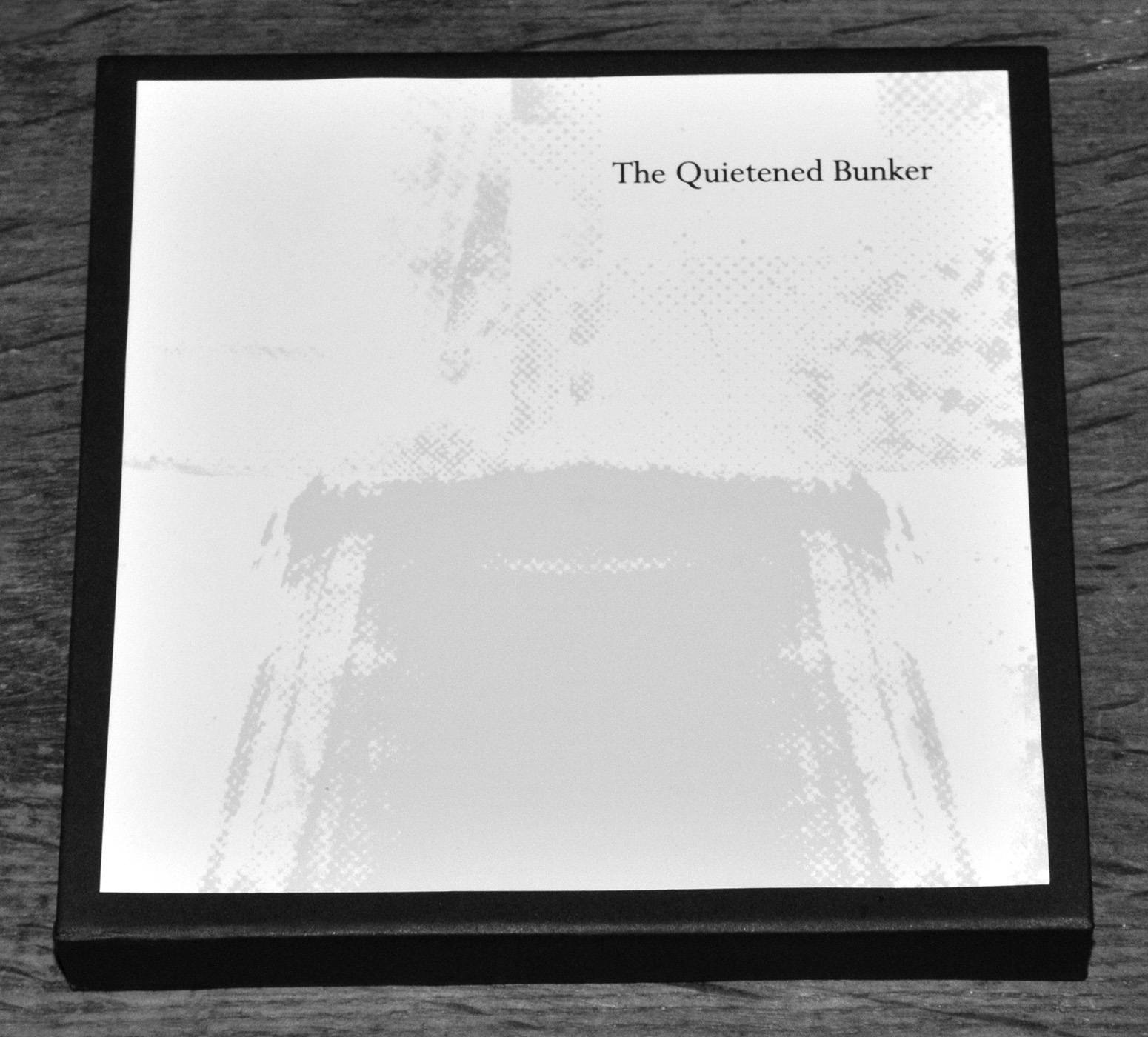 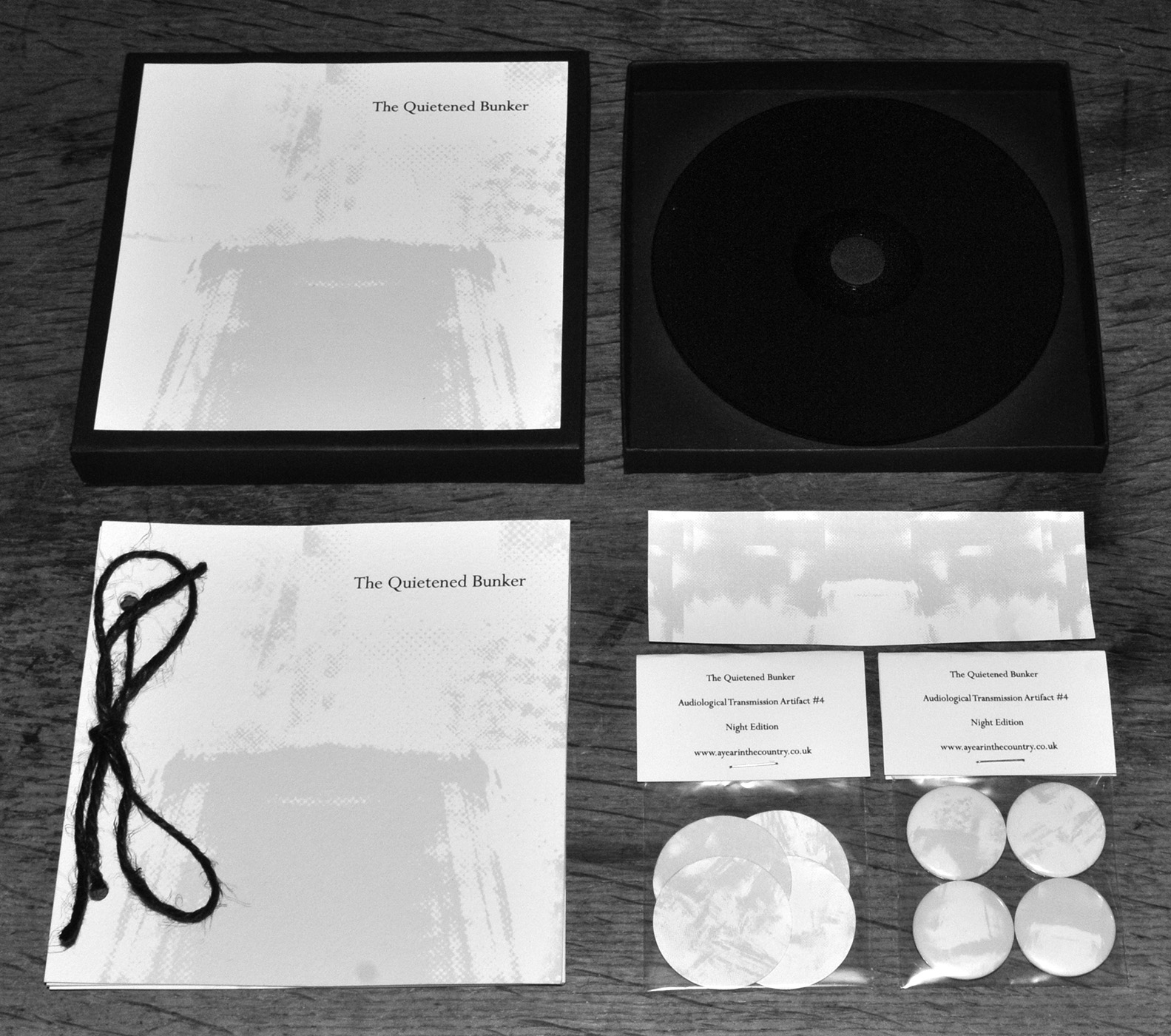 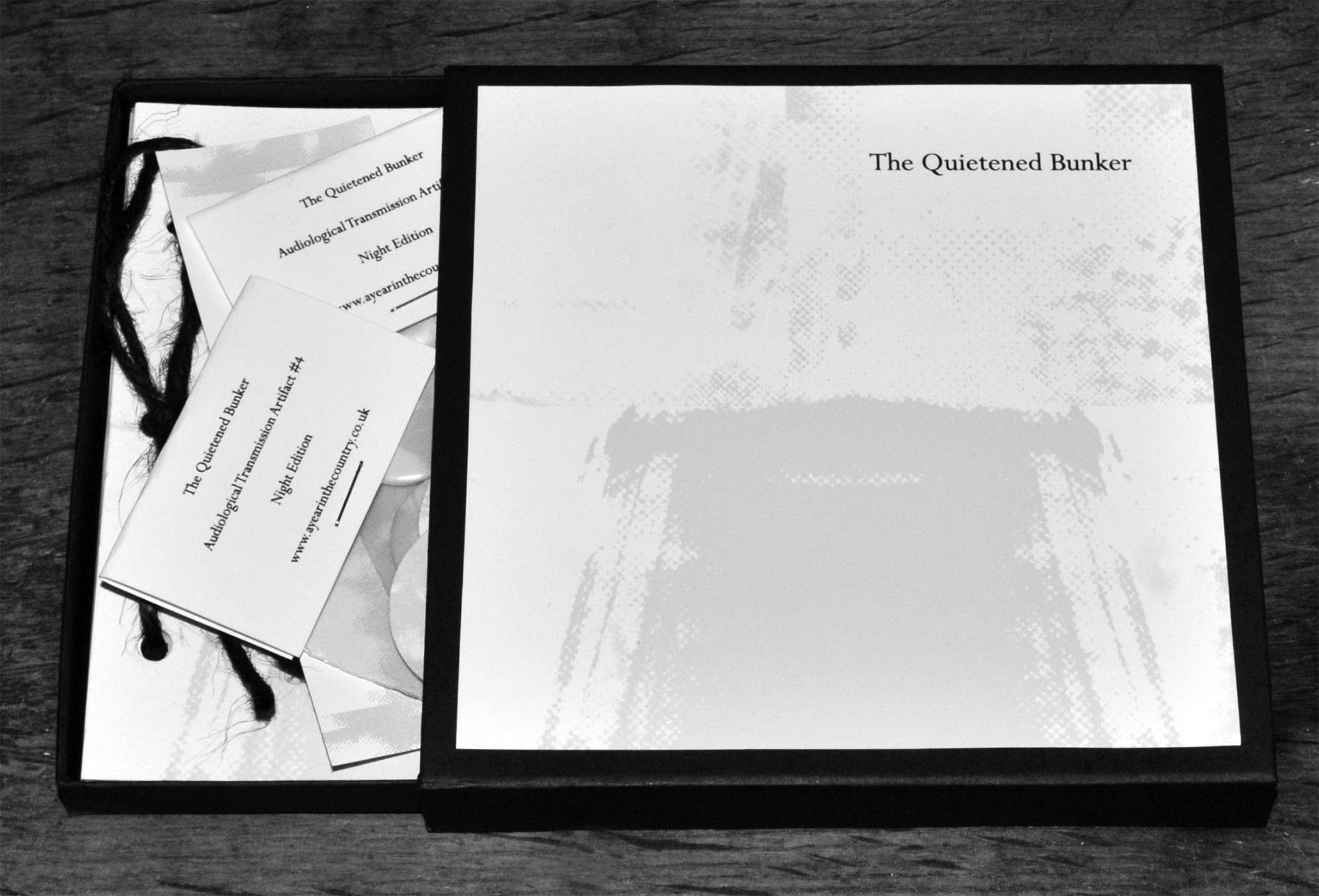 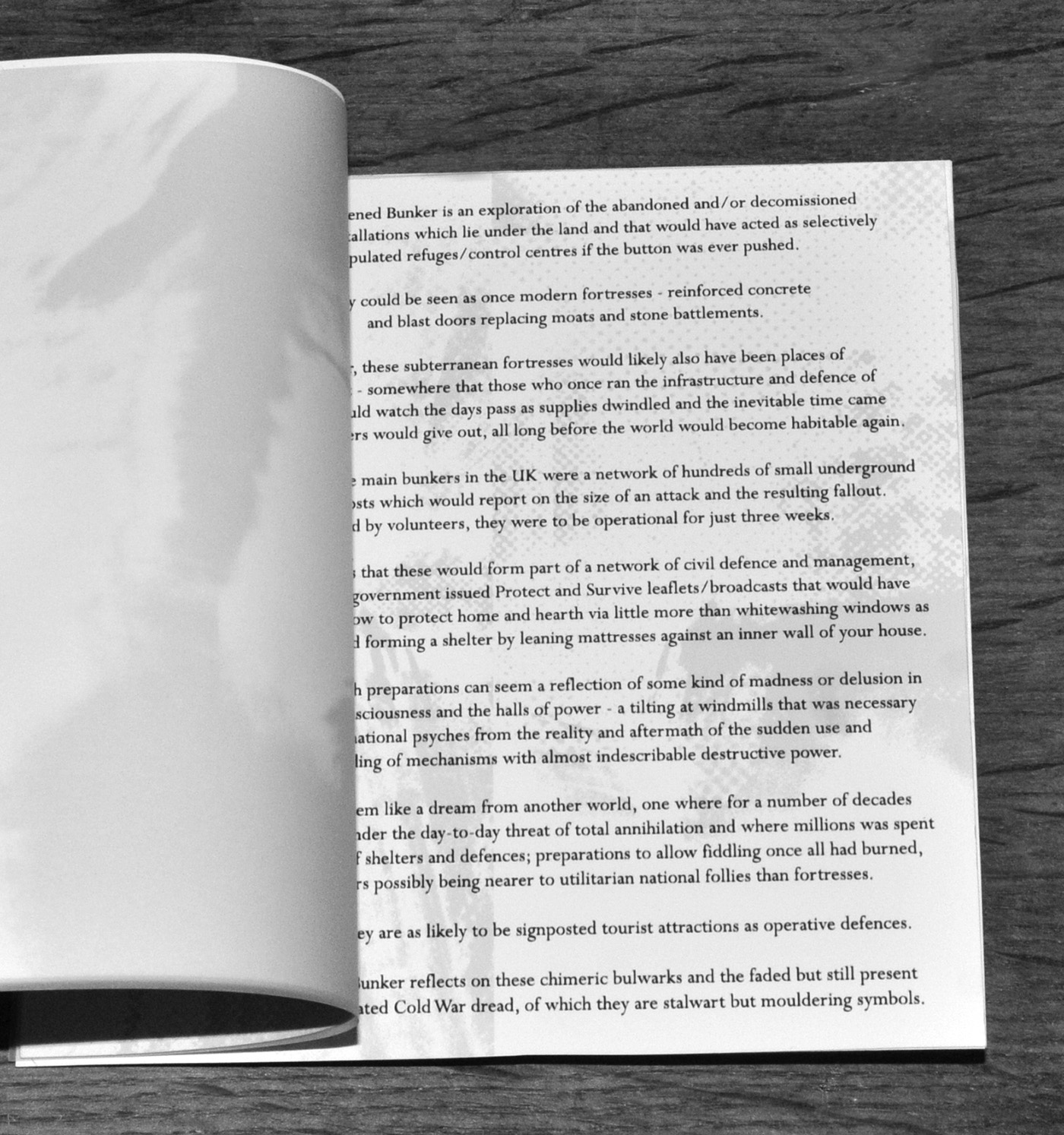 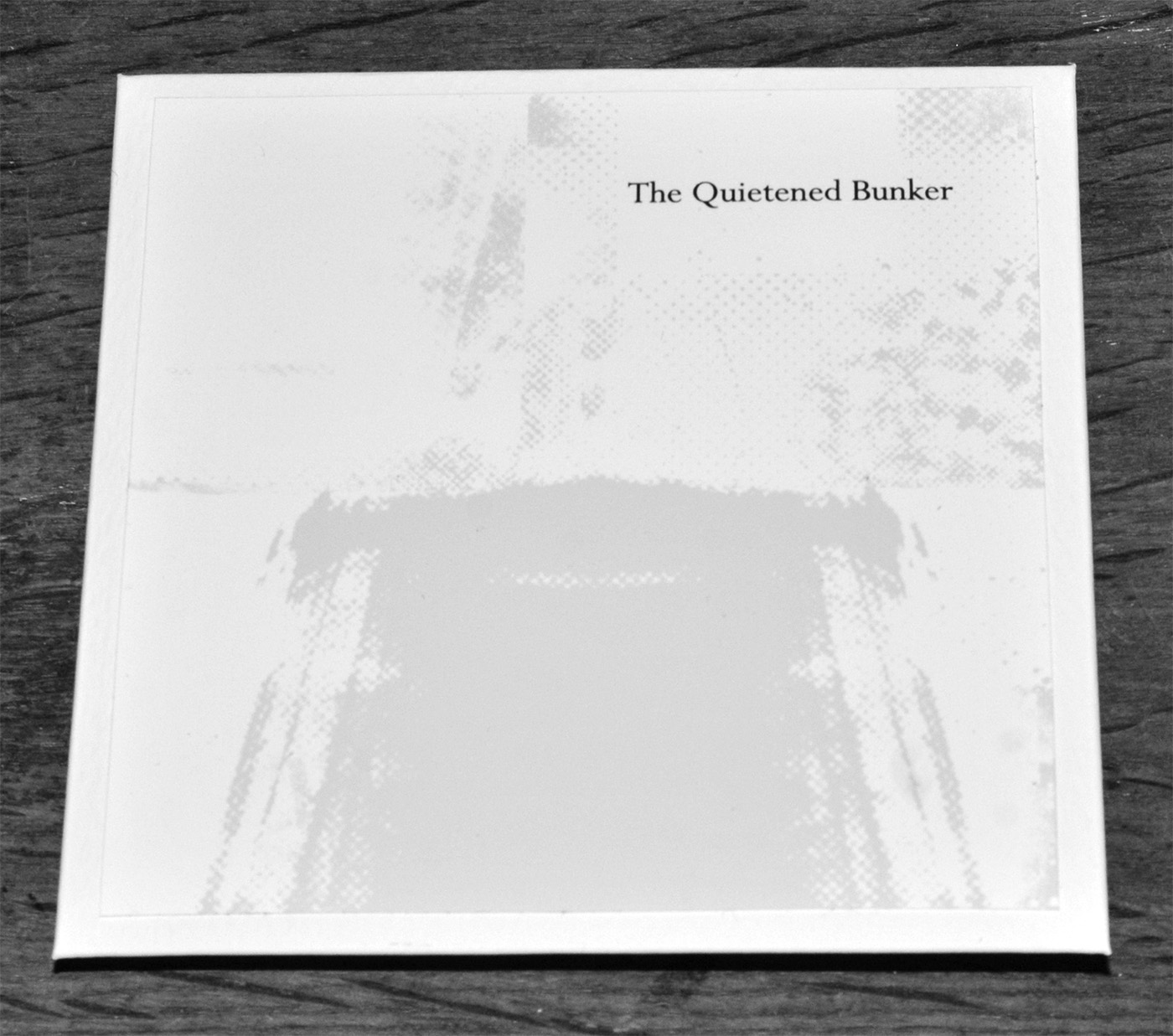 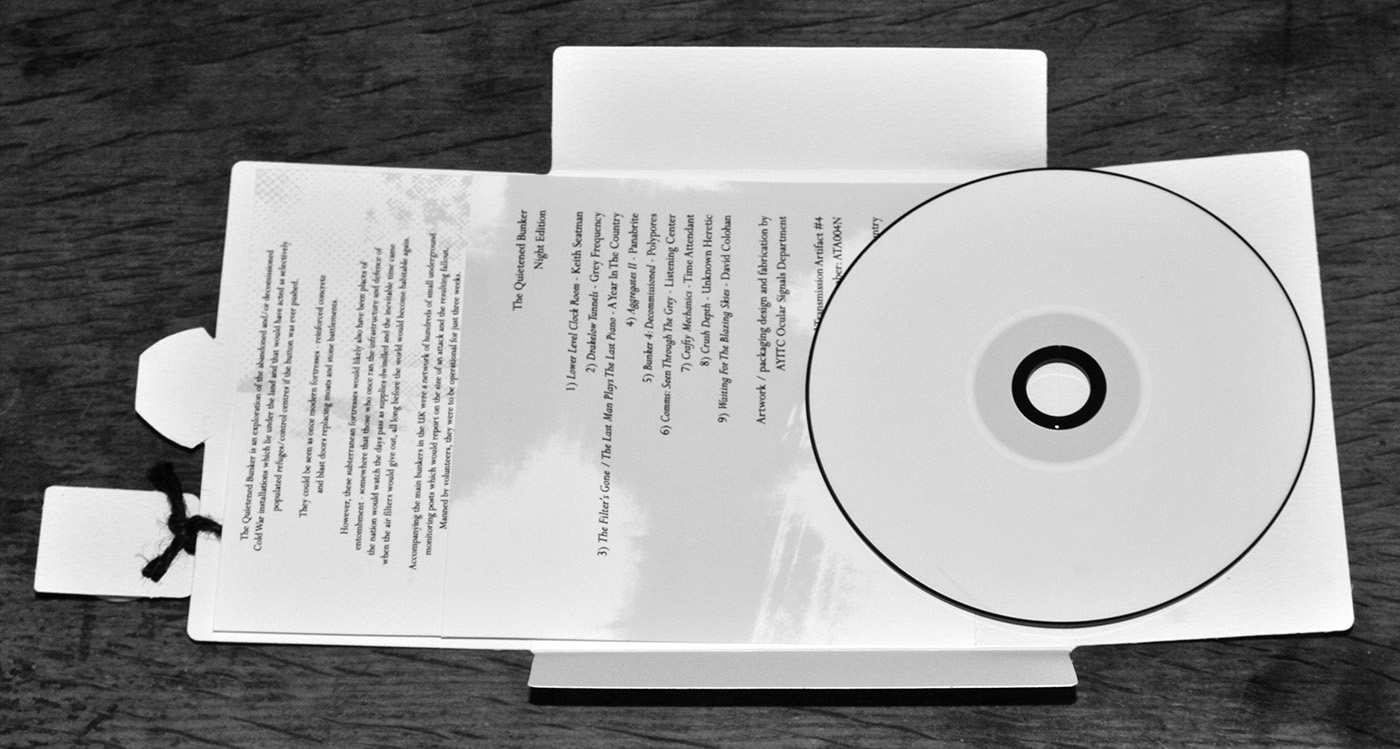 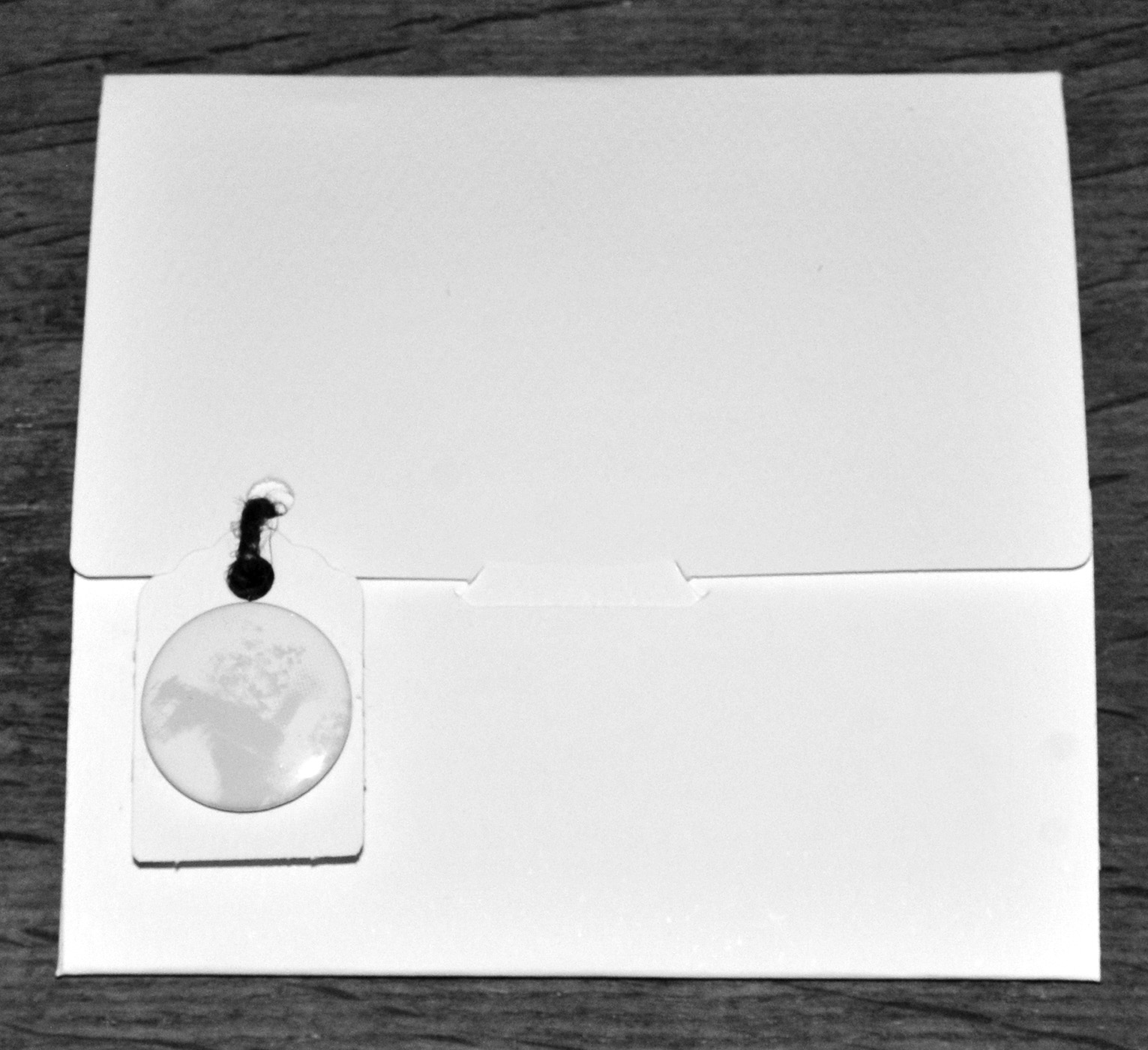 Notes and Scribings:
The Quietened Bunker is an exploration of the abandoned and/or decommissioned Cold War installations which lie under the land and that would have acted as selectively populated refuges/control centres if the button was ever pushed.