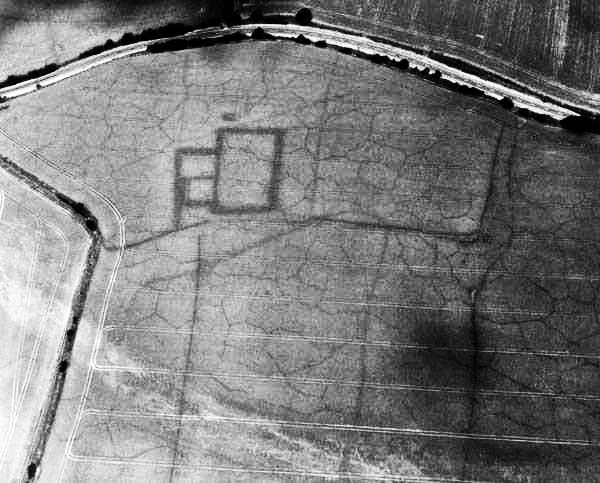 Over the year I’ve wandered several times to photography that takes an aerial or birds eye view of the land, that highlights the sometimes almost abstract art-like, natural calligraphy of the coasts, trees, natural features etc.

Along which lines, aerial archeology. 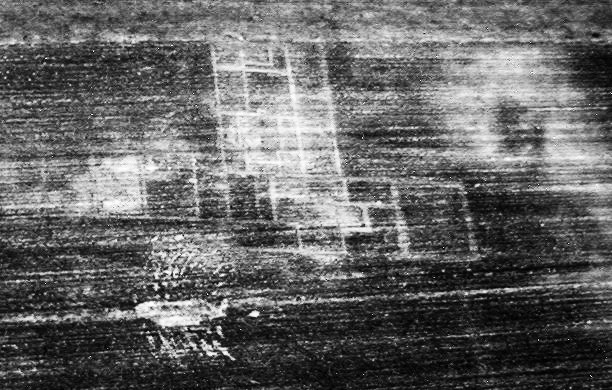 Apparently tiny differences in ground conditions caused by buried features can be emphasised by a number of factors and then viewed from the air:

Slight differences in ground levels will cast shadows when the sun is low and these can be seen best from an aeroplane. These are referred to as shadow marks.

Buried ditches will hold more water and buried walls will hold less water than undisturbed ground, this phenomenon, amongst others, causes crops to grow better or worse, taller or shorter, over each kind of ground and therefore define buried features which are apparent as tonal or colour differences. Such effects are called cropmarks. 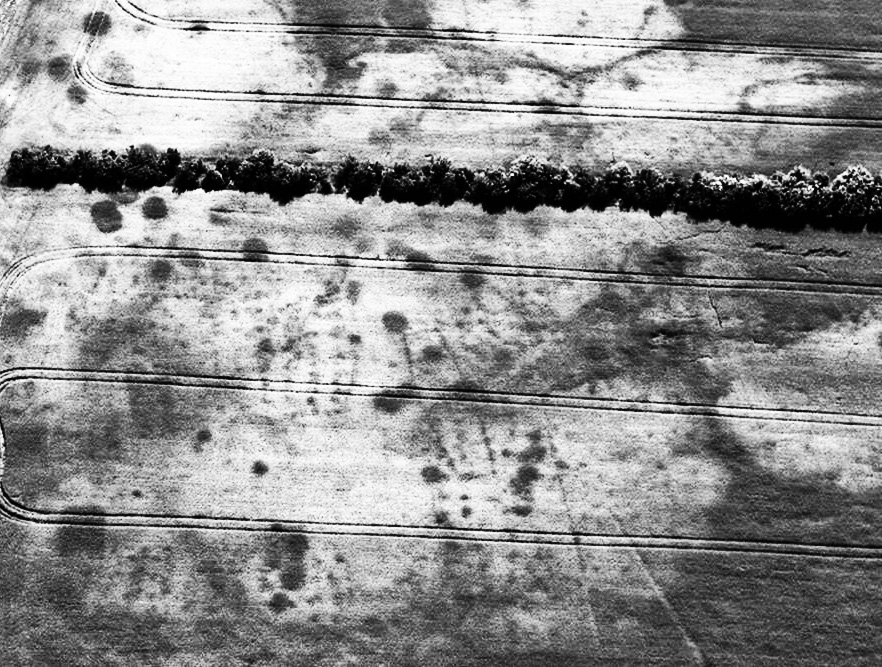 Frost can also appear in winter on ploughed fields where water has naturally accumulated along the lines of buried features. These are known as frostmarks.

Slight differences in soil colour between natural deposits and archaeological ones can also often show in ploughed fields as soilmarks. 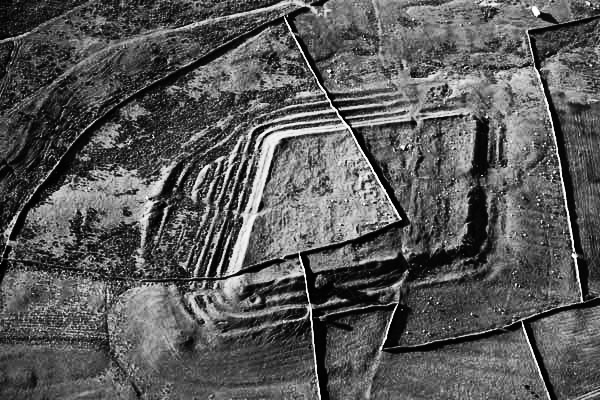 Differences in levels and buried features will also affect the way surface water behaves across a site and can produce a striking effect after heavy rain. 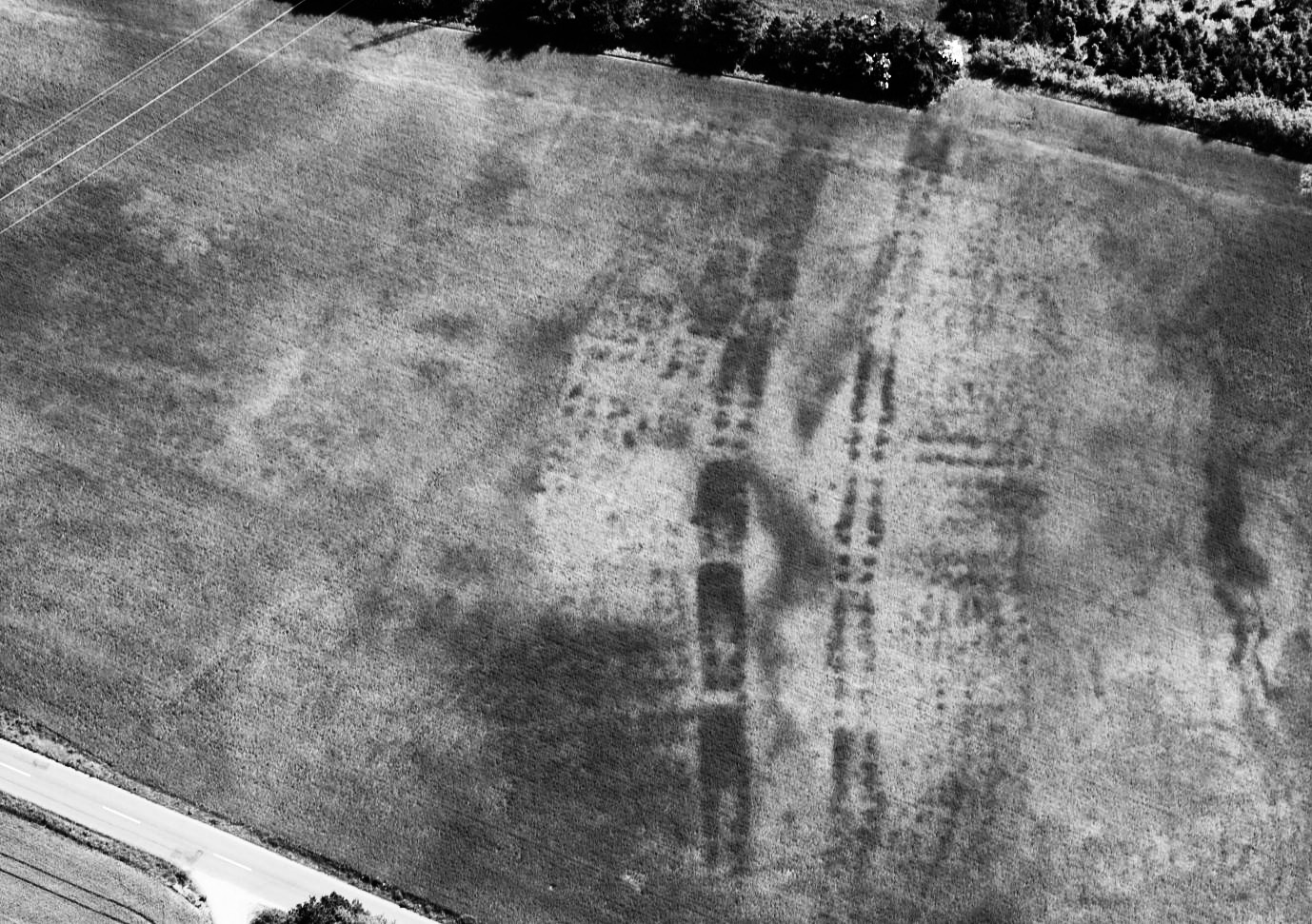 I find related photographs interesting in part because they literally record the marks upon and under the land, they are quite literally a documenting of the layers of history that without aviation would be more or less impossible to view. 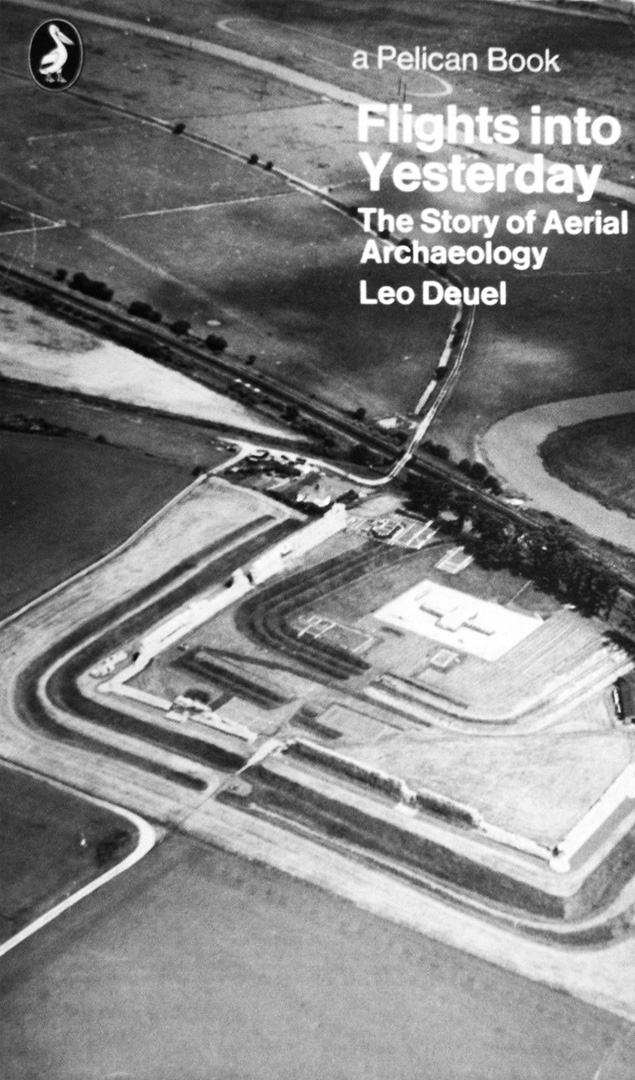 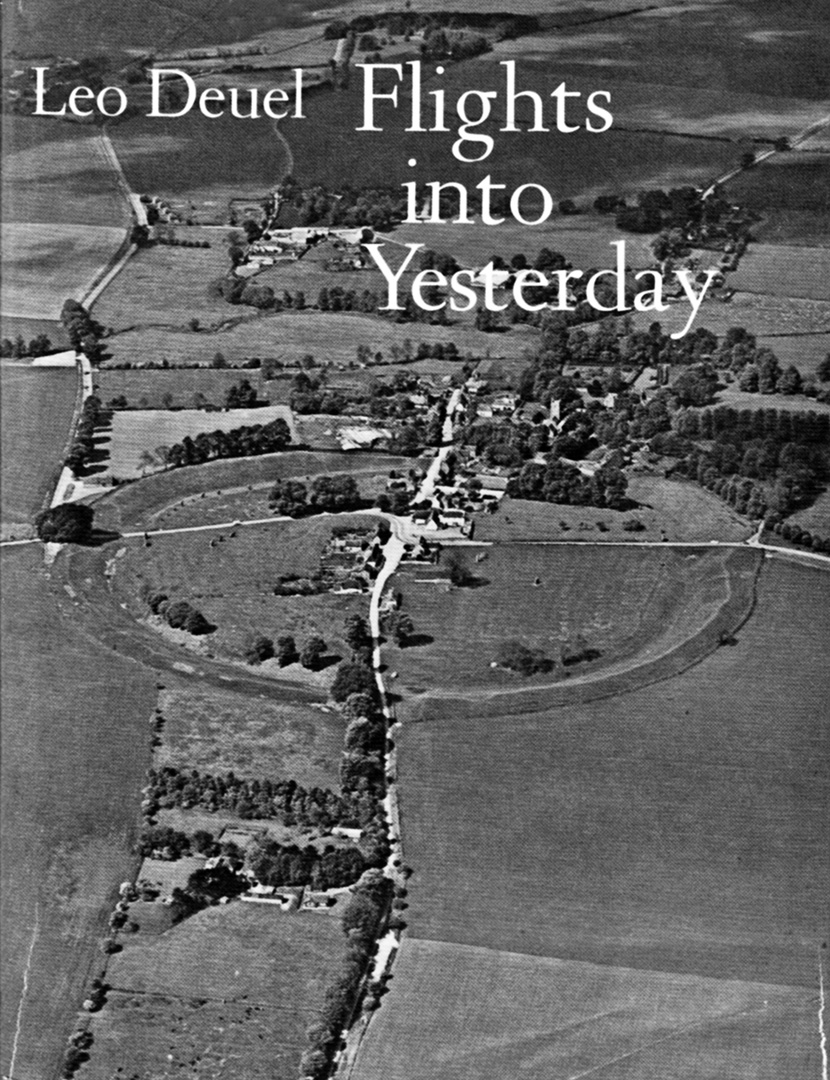 There have been a number of books published on the subject and having something of a weakspot for cultural artifacts from around 1973, Flights Into Yesterday by Leo Deuel caught my eye.

Intertwined wanderings around these parts:
Wanderings #15/52a: Other Views / The Patterns Beneath The Plough, The Pylons And Amongst The Edgelands #1

Wanderings #31/52a: The Shadow Of Heaven Above