A while ago I watched Requiem, which is a television series created by Kris Mrska and co-produced by the BBC and Netflix.

It is a largely rurally set supernatural thriller, which is fairly unsettling without overly relying on gratuitous gore/fx as a form of entertainment/questionable audience stimulant, as seems to often be the case with much of contemporary television and film.

As a very brief introductory precis of the plot it involves a famous classical cellist who after the self-immolation of her mother attempts to seek the truth behind her death and her own origins, the search for which, after she finds newspaper clippings collected and hidden by her mother, leads her to a rural community where a young girl had gone missing and was never found many years before, the mystery of which begins to have a multi-layered, supernatural conspiracy aspect to it.

Requiem could be placed in a loose gathering of “glimpses of Albion in the overgrowth” television – mainstream dramas etc which to various degrees explore, utilise and express a flipside or otherly pastoralism.

(As I have mentioned before there is no overarching, definitive genre name for such things but elements of the further reaches of folk culture, paganism, the supernatural, hauntological timeslip etc can be found in such things. Wyrd is a word that is often used but for some reason it also seems a little possibly clumsy or inelegant in terms of trying to capture a sense of such spectral cultural phantasms.) 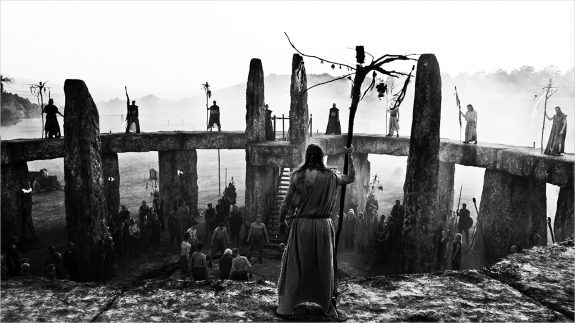 Along similar lines in relatively recent times in that loose gathering could be included Britannia, The Living and The Dead and elements of Detectorists, while if you cast the net further in years it could also take in the Savage Party Hollyoaks trailer and the turn of the millennium remake of Randall & Hopkirk (Deceased) – the latter two of which I have written about at the A Year In The Country site before and in the Wandering Through Spectral Fields book. 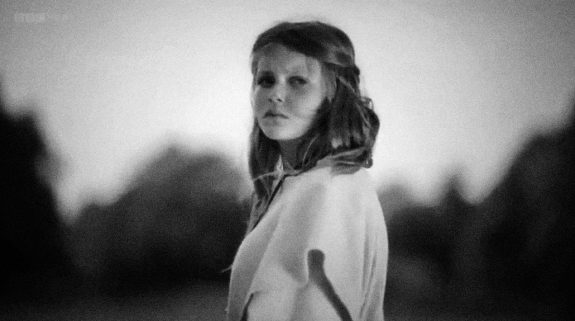 Anyways, back more directly to Requiem.

The introduction sequence is particularly striking. It combines various layered elements and atmospheres – a sense of beauty, subtle eeriness and darkness, a cello semi-hidden in the images, nature and wildlife, ancient folklore and superstition. Aesthetically it is nicely textured and kaleidoscope/mirrored, with subtle tinges of offset RGB transmissions and puts me in mind here and there of biological illustrator Angela Mele’s work for The Creeping Garden.

(As an aside, the sequence is by the Peters Anderson Studio – which now I know makes sense I’d thought it had a certain classy texturality, the lineage of which could be traced back to the likes of Vaughan Oliver and Nigel Grierson’s work for 4AD in the 1980s. The Peters Anderson Studio also created the nicely textured pastoral artwork for Sharron Kraus’ Pilgrim Chants & Pastoral Trails album released by Second Language Music and which I have written about at A Year In The Country previously.) 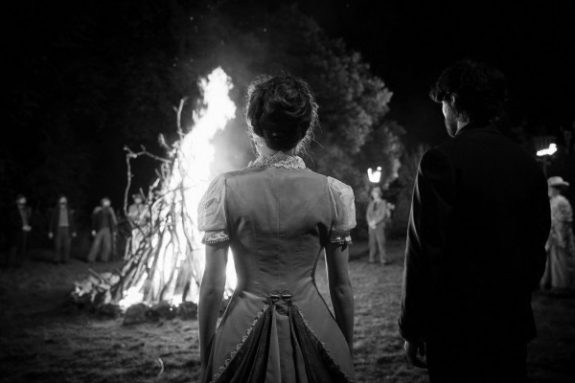 The soundtrack for Requiem was created by Dominik Scherrer and Natasha Khan, who is known for her work as Bat For Lashes and could be filed alongside The Living and the Dead’s, in that it explores/accompanies a sense of otherly pastoralism (and in The Living and the Dead’s case folk music and culture) within a mainstream television setting and which has been released to buy but only, at the time of writing, via download.

(The Living and The Dead’s soundtrack was released independently by The Insects who created/recorded it, Requiem’s by Dubois Music.)

Which is a shame, as apart from having a softspot for physically presented music I think that both series’ imagery and themes could lend themselves to some fine packaging.

I guess this is market-lead consideration, with Blu-ray sales still only being a fraction of those for DVD (20/80 respectively the last I read).

Although sometimes HD can be a little harsh in its presentation and possibly seem a little too “real” or break the spell of a drama, not having the option for it in physical media is still a tad annoying.

Such is the modern world I guess. Which brings me to Part 2 of this post…

(Which is a fair few here’s and elsewheres…)