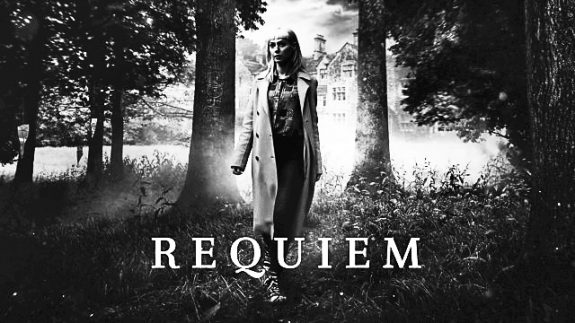 Continuing on from Part 1 of this post, a few further points about the television series Requiem:

1) As has been a recurring trope in cinema and television, it presents rurally based communities in contrast with urban ones as insular or “other”, to have their own ways and beliefs that connect back to previous eras, in a not dissimilar manner to say Hot Fuzz and The Wicker Man.

2) Talking of The Wicker Man, without wishing to give too much of the ending of Requiem away, as in The Wicker Man, here the outsider victim is essentially lead on a misleading merry dance by the rural folk in pursuance of their beliefs and practices and for the correct completion of their ritual the chosen one must come willingly.

3) As is often the case with modern drama, Requiem sidesteps or ignores some of the realities of modern life, communications, the dissemination of news, images etc: here a strikingly stylish famous musician whose mother has died in bizarre circumstances is able to go and raise merry heck in a community and rake up all kinds of semi-buried truths in a very public manner, with only one apparent instance of a reporter and a traditional newspaper headline and little or no recordings of her actions digitally by the public nor social media postings.

The truth is likely that in such an instance today her actions would be recorded and/or posted about and spread widely online within minutes of them happening.

It must be difficult as a scriptwriter to get around the “well, the characters are trapped and threatened by forces x, y and z but with just one mobile phone call they could summon help” aspect of modern life.

Possibly hence a fair bit of character’s in modern dramas holding up mobile phones and saying “No, no signal”, having left them at home, dropping them etc. 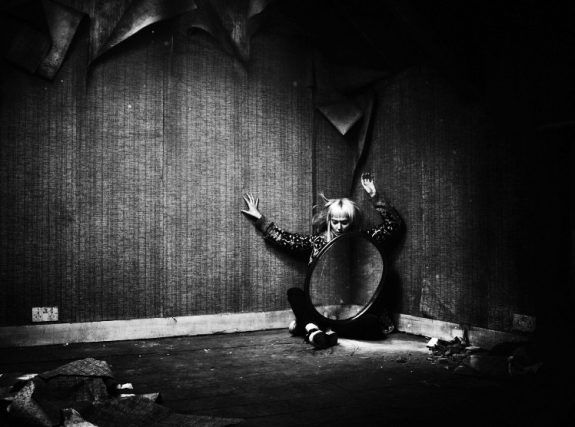 4) Largely in Requiem supernatural elements are seen in only very fleeting glimpses or represented via audio but at one point a form of spirit or demonic possession is shown as having not dissimilar characteristics as electrical charges and discharges.

Which caused me to wander how do you represent the supernatural on film and in television? What is the possible literal physical manifestation of such things? Are they/should they be all otherworldly spectral or ectoplasmic apparitions? Do they have a connection to and/or have the characteristics of other real world, natural and/or scientific phenomenon?

(See John Carpenter’s Prince of Darkness for a further consideration of the commingling of science and the supernatural, also for sharing with Requiem a depiction of mirrors as portals through which the super or preternatural can attempt to enter the day-to-day world.)

5) Aside from the above electric like possession, there is only one other overt special effects orientated visual expression of the supernatural, which leaves space for the viewer’s imagination.

That other overt expression is when one of the character’s has been possessed and in order to show this her eyes flip to opaque black for just a moment.

Such elements are tricky as once you have overtly shown the supernatural it can normalise it or seem a little obvious or too signposted as “this person is now bad”.

6) In Requiem the “good”, respectable people of the rural community who are actually up to no good appear to be largely the relatively affluent middle class and above; the local “coven” is made up in part by a doctor/psychiatrist, a solicitor, a mildly bohemian antiques dealer and an owner of large rural estate. They appear to have their more working class or lower in class footsoldiers but they are more the lead than the leading. 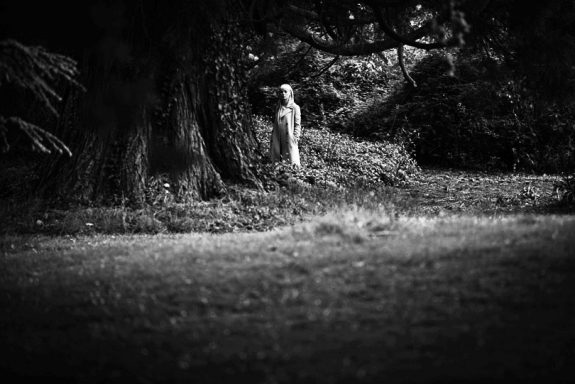 7) A pivotal character in the plot, although one without a large amount of screen time, is that mildly bohemian antiques dealer, who is played by Tara Fitzgerald and seems to have an almost smugly evil aspect to her character.

That character puts me in mind in part as a form of occult middle manager with a sense of self-satisifying expectation.

(This put me in mind of Sean Hogan’s 2011 film The Devil’s Business, which explores some similar themes as Ben Wheatley’s Kill List; two assassins or mercenaries find themselves embroiled in occult activities, the carrying out of which in both have a curiously banal infrastructure and management aspect.)

8) The main character Matilda Gray in the series is played by Lydia Wilson, who here has a very striking and almost otherworldly “Woman Who Fell to Earth” aspect to her appearance, which looking back over the series could be seen as a reflection of the hidden, preternatural forces which are present  around and also even contained within her.

Although in a more overtly fashionable, almost hipster way in Reqiuem, that otherworldly aspect of the appearance of a disturbed individual can also be found in Angela Pleasance’s physical appearance and screen presence in José Ramón Larraz’s 1974 film Symptoms, which as with Requiem, also depicts rural areas as being far removed from bucolic idylls.

Elsewhere:
The Requiem trailer
The Requiem title sequence by Peter Anderson Studio
The Symptoms trailer via the BFI