View cart “The Watchers – Dawn Light edition in fold-out sleeve” has been added to your cart.

“A series of songs inspired by (and featuring field recordings from) film and TV locations, some iconic, some imaginary. It’s an endlessly compelling idea, the way that landscapes can become imprinted with the fictions we bring to bear on them. These tracks seek to channel that feeling, audio Polaroids of a secret cartography, and taken as a whole, this is probably the most successful AYITC album yet… The pulsing drone of Grey Frequency’s ‘King Penda’ is like the breathing of something monstrous, gradually overwhelming the cold synth arpeggio in the foreground. Dom Cooper’s ‘What Has Been Uncovered Is Evil’ similarly hints at arcane technology waiting to be activated. Conversely, the distant piano and violin of Pulselovers’ ‘The Edge Of The Cloud’ is rather lovely, and Sproatly Smith’s ‘Gone Away is a gentle lullaby for post-dystopian dreams.” Joe Banks, Shindig!

“Every fresh listen adds another layer of understanding – or, perhaps, misunderstanding – to the experience, to conjure fresh and further phantoms…” Dave Thompson, Goldmine 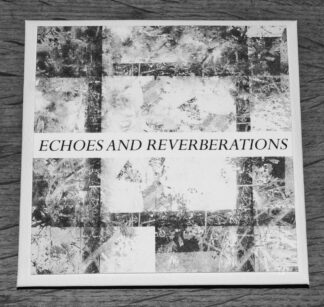