View cart “The A Year In The Country: Straying From The Pathways Book” has been added to your cart.

The A Year In The Country: Straying From The Pathways Book

Also available at:
Amazon UK,  US, Germany and their various other international sites.

ALSO AVAILABLE AT: Amazon UK, US, France, Germany and their various other international sites and at Lulu.com

PLEASE NOTE: We only ship this book to the UK and Europe. If you live in the US, Australia or the rest of the world please order via your local Amazon site or Lulu. Thanks.

The A Year In The Country albums and The Corn Mother book we ship worldwide.

1. Explorations of an Eerie Landscape:
Texte und Töne – The Disruption, The Changes, The Edge is Where the Centre is: David Rudkin and Penda’s Fen: An Archaeology, The Twilight Language of Nigel Kneale, The Stink Still Here – the miners’ strike 1984-85 – Robert Macfarlane – Benjamin Myers’ Under the Rock: The Poetry of a Place

6. Albion in the Overgrowth and Timeslip Echoes:
Requiem – The Living and the Dead – Britannia – Detectorists

7. In Cars – Building a Better Future, Peculiarly Subversive Enchantments and Faded Futuristic Glamour:
In the Company of Ghosts: The Poetics of the Motorway – Joe Moran’s On Roads: A Hidden History – Chris Petit’s Radio On – Autophoto – Martin Parr’s Abandoned Morris Minors of the West of Ireland – The Friends of Eddie Coyle – Killing Them Softly – Langdon Clay’s Cars: New York City 1974-76

9. Battles with the Old Guard and the Continuing sparking of Vivid Undercurrents:
A Very Peculiar Practice – Edge of Darkness

11. The Empty City Film and Other Visions of the End of Days – Survival and Shopping in the Post-Apocalypse:
Day of the Triffids – Into the Forest – Night of the Comet – The Quiet Earth 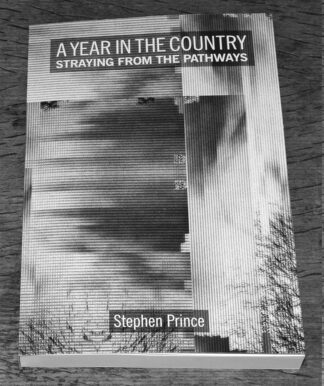