View cart “The A Year In The Country: Straying From The Pathways Book” has been added to your cart.

Novella set in the dreamscapes of a lost and near-mythical imaginary film.

It is an exploration and relection “of the whispers that tumble forth from the corn mother’s kingdom”. A place and story where fact, fiction, reality and dreams blur into one:

As with the A Year in the Country project as a whole, which it is released as part of, the book’s structure is inspired by the cycle of the year.

Following the number of seasons, the book is split into four sections; it has 52 chapters (which could also be considered scenes or episodes), the same number as there are weeks in the year; relating to the number of days in a non-leap year, each chapter’s text contains no more than 365 words.

“A fascinating and truly inventive novella… This is an original and significant piece of work, not only in its novel, singular and successful approach to folk horror and ‘imaginary’ films but in the creation of its own self referencing folklore.” Grey Malkin, Folk Horror Revival 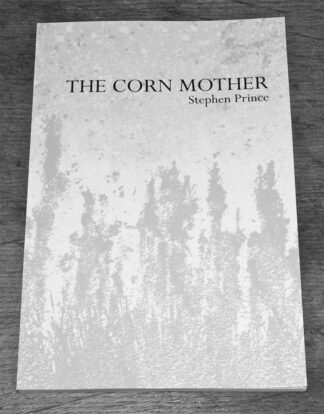