The origins of the fairy tale Little Red Riding Hood can be traced back to 10th century European folk tales, with the best known versions being based on stories written by Charles Perrault and The Brothers Grimm in the 17th and 19th centuries.

Although there are numerous variations on Little Red Riding Hood, a general summary of its plot tells of a girl who wears a red hooded cape/cloak who takes a walk from her village home through the woods to deliver food to her grandmother, having been ordered by her mother to stay strictly on the path. She is approached by a Big Bad Wolf who wants to eat her and the food in her basket. She naively tells him where she is going and as a delaying tactic he suggests she picks some flowers, which she does. The wolf then races ahead to the grandmother’s house, gains entry by pretending to be the girl, eats the grandmother and disguises himself as her.

When the girl arrives at her grandmother’s she does not initially realise that the disguised wolf is not her grandmother but rather only notices that she looks very strange. They have an exchange where she comments on this; “What a deep voice you have”, “The better to greet you with”, “What big eyes you have!”, “The better to see you with” etc and culminates in “What a big mouth you have”, “The better to eat you with”. The wolf then jumps up from bed and eats the girl whole, after which it falls asleep. Some versions end here but in others a hunter or woodcutter comes to the rescue and with an axe and cuts open the sleeping wolf, allowing the girl and the grandmother to emerge unharmed. They then fill the wolf’s body with heavy stones and when it awakens and attempts to flee the stones cause it to collapse and die.

Little Red Riding Hood can be viewed and interpreted in a number of different ways, some of which include; that it is a warning about the contrast between the safe civilised world, represented by the village and the dangers of the forest; the dangers of not obeying one’s parents; a cautionary tale about the sometimes possibly predatory nature of men and also as a rite of passage story in which a girl leaves home, enters a transitional state and by going through the events in the tale becomes a woman. 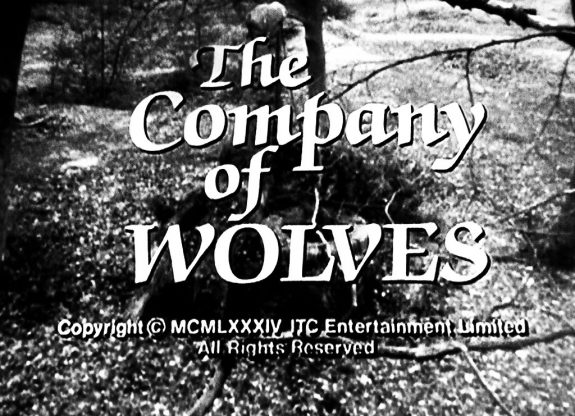 It seems to have an enduring and near ubiquitous presence and even many centuries later is still repeatedly reinterpreted and used as inspiration for film and television dramas, one of which is The Company of Wolves, a 1984 film directed by Neil Jordan who also co-wrote the screenplay with Angela Carter, basing it on her earlier short story and radio adaptation.

The film is framed by its tales possibly being the dreams of a sleeping girl in contemporary times and it contains a number of cautionary interwoven stories based loosely around Little Red Riding Hood, the mythology of wolves and werewolves, the dangers of the woods etc.

The way in which it contains a number of different stories rather than being a straightforward reiteration of its fairy tale source material connects The Company of Wolves to British horror portmanteau or anthology films, a number of which were produced in the 1960s through to the early 1980s, including Dr Terror’s House of Horrors (1965), Tales That Witness Madness (1973) and The Monster Club (1981). 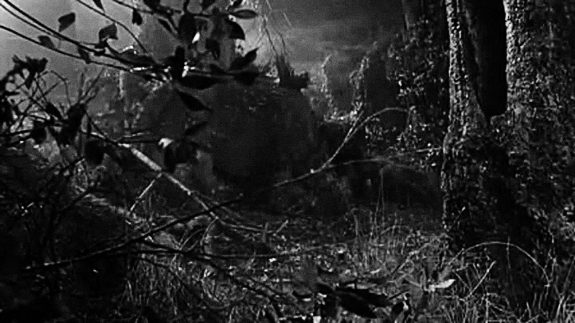 Set in and around the woods and a small village in an unspecified time in previous centuries it creates its own enclosed mystical dream world, conjuring a claustrophobic fairytale forest where the sun and daylight rarely seem to enter, giant mushrooms grow, children’s toys come to life and mythological creatures roam. Tonally the film could be seen akin to a children’s film or television programme that has veered off into a much darker realm, accompanied by an aesthetic which brings to mind the Gothic horror of Hammer Horror-esque films.

The resulting film is an intriguing and curious example of British cinema and has a certain clunkiness that seemed to be an often recurring characteristic of British horror, science fiction and fantasy television and cinema of the time. That may in part be due to it attempting to compete with American Hollywood blockbuster style films in terms of special effects and ambition but it being impeded in doing so by a limited budget. Viewed today the film seems as though it may fall between two stools; it does not have the appealing lo-fi wobbly-set homespun charm of say some 1970s British fantasy television nor quite achieves the sheen and polish of its American cinematic counterparts and seems to sit somewhere between the two. This “falling between two stools” aspect is particularly noticeable in the sequences where humans transform into wolves which are somewhat unreal and unconvincing but also still retain a shocking impact and repellent visceral character (although their unconvincing nature could in part be due to a comparison with and expectations of a certain amount of realism in special effects brought about by the visual proficiency available in contemporary advanced CGI techniques). 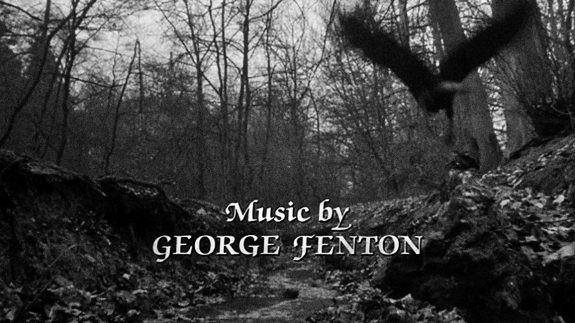 The Company of Wolves appears to focus on the cautionary tale aspects of its source material, particularly in the manner that it repeatedly presents men as potentially highly predatory, alongside depicting the passage into adulthood of women and the trials and threats they may face as they does so in relation to male predatory behaviour.

Ultimately though The Company of Wolves version of the Little Red Riding Hood character appears to reject her elder’s warnings about the “wolves that reside in men” and the comforts and security of civilisation as when she meets in the woods somebody who declares himself to be neither a man nor a wolf, despite initially resisting she ultimately appears to join him after he has transformed into a wolf, becoming a wolf herself and fleeing into the forest with him.

It appears ambiguous about this ending as over its conclusion a voiceover by the same actress warns:

“As you’re pretty, so be wise, wolves may lurk in every guise… Now as then is simple truth, sweetest tongue has sharpest tooth.”

The Company of Wolves features a number of notable cameos, including Terence Stamp as the devil who anachronistically drives a Rolls Royce through the woods and stops to tempt a young boy/man with an enchanted potion in a manner reminiscent of the White Witch’s use of Turkish delight sweets to corrupt her victim in C.S. Lewis’  novel The Lion, the Witch and the Wardrobe (1950). At this point Terence Stamp was in his mid-forties and in The Company of Wolves he has a striking slightly grey haired almost regal presence which appears to forebear his future standing as one of the elder statesmen of British acting.