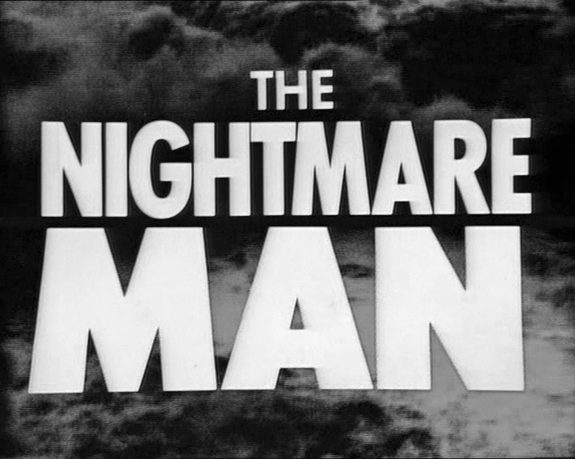 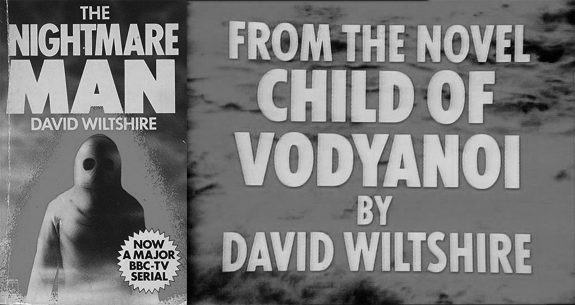 It is set on a small-ish remote Scottish island where the inhabitants start to be attacked and murdered by an unknown assailant with the beyond human strength to literally tear their victims apart and non-human characteristics and for a while during the series there is various debate about whether the attacker could be of alien origin or even a previously undiscovered sea creature or monster.

As the series progresses the island becomes almost completely isolated from the outside world and any possible external help as a heavy fog descends making nagivation to or from it impossible. Radio signals appear to possibly be jammed and the phone lines are cut; as is often the case in fantastical horror orientated work remote rural areas are shown as being the “other” and detached from civilisation and its extensive infrastructure and support of the forces of law and order, something which is further enhanced in the series in a Wicker Man-esque manner by the island location.

Four local police officers are left to try and contain and capture the killer on 35 miles of largely rural landscape made inaccessible due to the inclement weather conditions, although there does appear to be a curious amount of near-military and armed support for them; the local dentist is an ex army-partrooper, one of the local holiday makers is a military man, the local coastguard are armed and their hunt for the attacker the police are able to collect together and lead bands of nearly forty locals who possess their own firearms.

In the UK the ownership of firearms has traditionally been largely heavily restricted and limited, particularly in urban areas but the fact that so many of the locals in this rural coastal area have easy access to them subconsciously provides a further sense of remove from more mainstream mainland society; although the ownership of such weapons is likely to have been largely due to sport and/or agricultural pest control reasons, this is not made implicit in the series and so the viewer is left with a sense of such areas being almost frontier like places where normal societal restrictions and expectations do not hold such a sway as in urban areas. 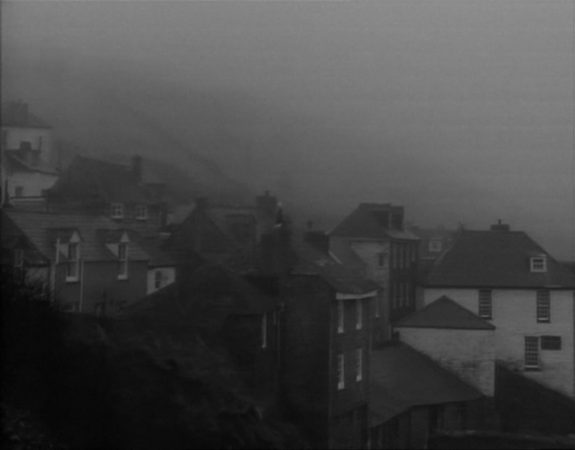 Shot largely on location and recorded on video the series’ imagery and colour palette has a murky, low definition appearance and is all subdued greys and greens that are distinctive of a large proportion of drama from the 1970s and 1980s; also much of the series is shot at night, in daytime shadowed underlit locations and/or through heavy fog and it is often difficult to fully make out what is happening onscreen. This is accompanied by the viewer being kept in the dark about the attacker’s origins, rationale or even what it is and for a large part of the series the attacker is also not shown onscreen which adds to the sense of menace and tension.

Further heightening this when the attacker does appear the viewer is shown the scene from its viewpoint and the image becomes heavily tinted with a red haze, accompanied by laboured, heavy and unnatural sounding breathing.

This is a technically simple device that is far removed from today’s CGI-heavy large budget special effects and although the physical aspects and dismembering are referred to by the characters there is little onscreen violence and no gore but the presence of the attacker still creates a strong sense of threat and terror utilising minimal resources and without the use of overly explicit graphic imagery.

Although the rural coastal landscape is presented in a somewhat bleak or dour manner this is still the type of area associated with calm, rest, a steady way of life and vacations, which is referred to in the series in particular by one of the lead characters who has returned to live there after London and says that she knows she will live on the island forever as it is home and where she belongs. The contrast with such day-to-day calm and normal expectations and the sudden almost alien seeming appearance of the attacker’s red hazed vision makes for shocking and unsettling viewing.

The contrasting aspects of the restorative nature of the landscape and the events that take place there is given further expression in the closing sections and credits; the ends of the first three episodes freeze on a still of these red hazed attacks, the discovery of a victim and the fear of an onlooker seeing an attack who is also a potential victim, all of which then fade into the gentle waves of a grey misty rural cliff top coastline as the credits roll. Once the theme music fades out there are a few brief seconds where the only noise is a very lonely and isolated seeming recording of the wind. 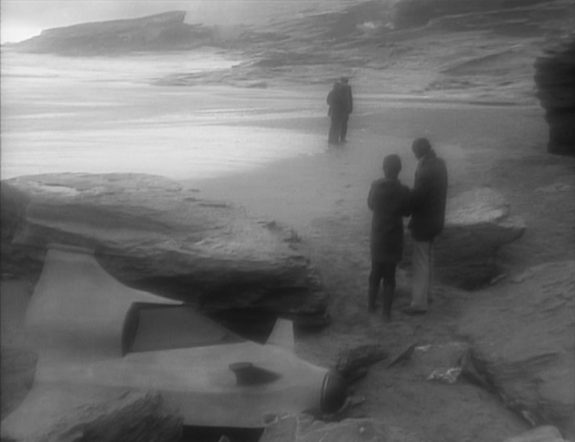 Later on in the series the attacker’s origins are discovered to be rooted in the international tensions and arms technology research of the time, which adds a plausible period aspect of Cold War related paranoia and also layers the sense of threat in the series with real world worries and fears; it is explained that a NATO submarine was trailing a Soviet submarine and there was a collision and a nuclear accident, the fallout from which caused the malfunction of a small Soviet experimental craft called a Vodyanoid and the irradiation of its pilot, who has been genetically modified to increase his strength and was cybernetically connected via a brain implant with his craft.

The Vodyanoid’s pilot had made an emergency landing on the island; it is explained in the plot that disconnecting from the Vodyanoid normally required skilled handlers, who because of the situation are not present and so when the pilot disembarks he literally leaves part of his brain in the craft’s cybernetics, with him being left as a deranged madman operating only on a remaining instinct to kill that has been honed and enhanced over years of military training.

This is told by the holidaying military man who after attempting to present himself as a British military leader and placing the island under martial law in an attempt to control the situation is ultimately revealed to be the leader of a specialised Soviet military unit, which comes to the island in order to reclaim the Vodyanoid craft and hopefully avoid an international incident. The craft is revealed to be carrying a biological warfare weapon which has leaked and the Soviets supply the local population with an antidote.

This aspect of the plot further heightens the series’ connection with Cold War paranoia; the “nobody wins” aspects of suspected biological warfare and the sense of hidden subterranean international activity by the Soviets, alongside which UK national sovereignty is invaded with impunity and without effective resistance by a a Soviet military taskforce. Also the pilot of the Vodyanoid leaves a radioactive trail due to his being caught in the blast from the nuclear submarine collision and when in the series a geiger counter is activated by his presence there is a sense of the nuclear dangers of the Cold War coming into contact with the day-to-day world…

To be continued in Part 2 (which, depending on when you are reading this, may not yet be online).