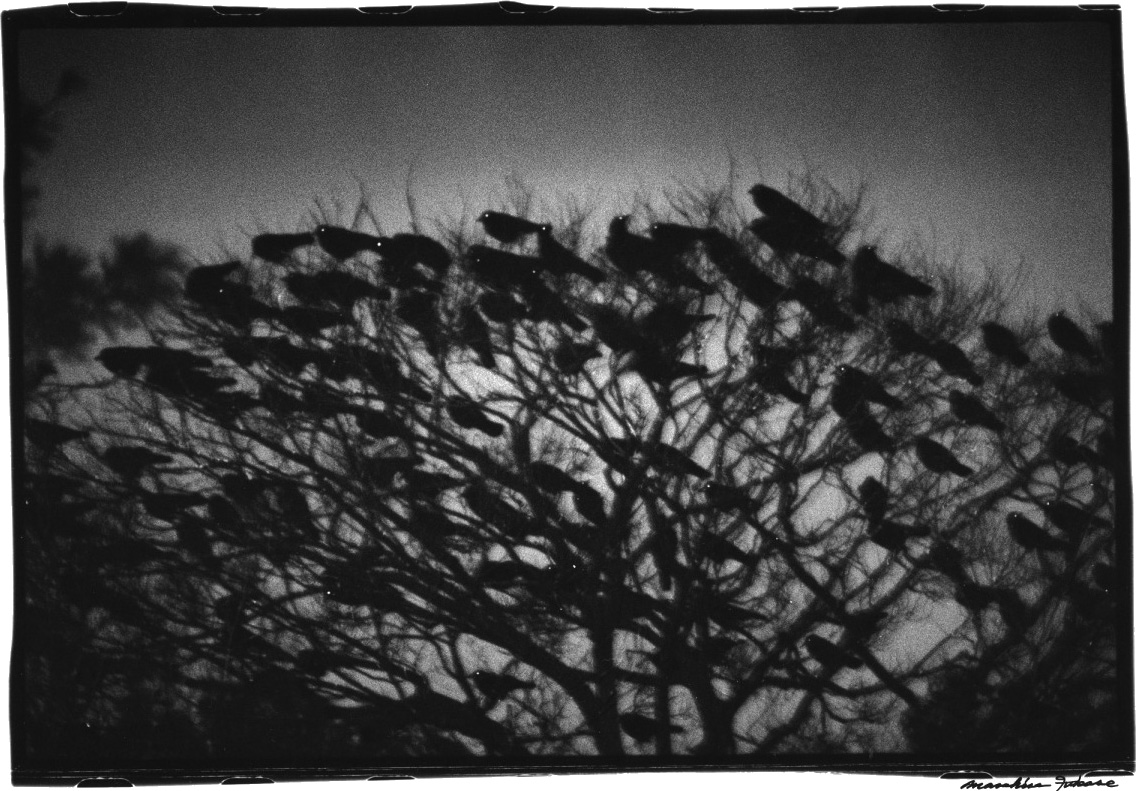 When I first came across Masahisa Fukase’s photography book The Solitude of Ravens it was out of print and as seems to often be the way with what is sometimes known as fine art photography, earlier editions of the book have become particularly collectible and copies could easily fetch in the hundreds of pounds…

…and it was a struggle not to think to myself “Hmmm, what day-to-day necessities could I forgo so that I would be able to afford a copy?”. 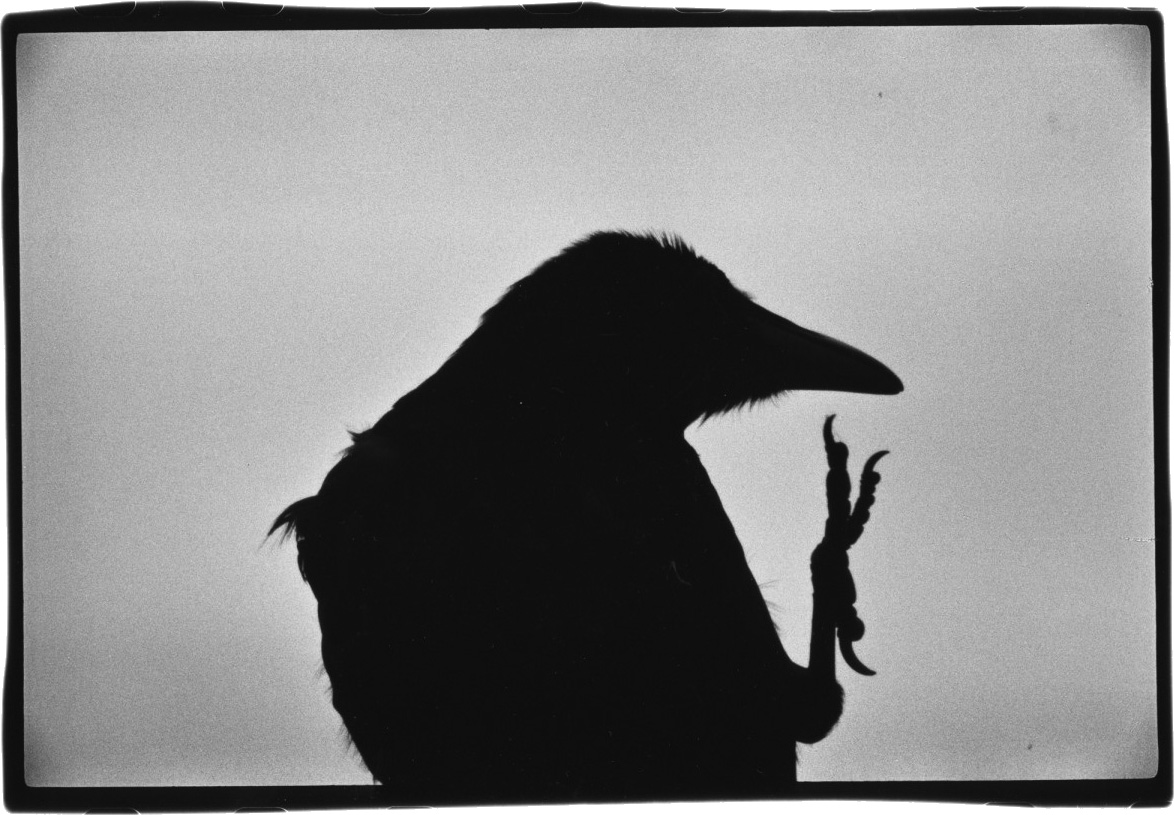 There’s an entrancing beauty to the images I’ve seen, with sometimes the birds being shown only as abstract grain filled silhouettes or their clawprints in the snow forming what are at first unidentifiable patterns.

However, at points they also give me the absolute heebie jeebies and despite the photographs in part capturing elements of what essentially are day-to-day natural world occurrences, there is at times something almost claustrophobically, indefinably unsettling about them. 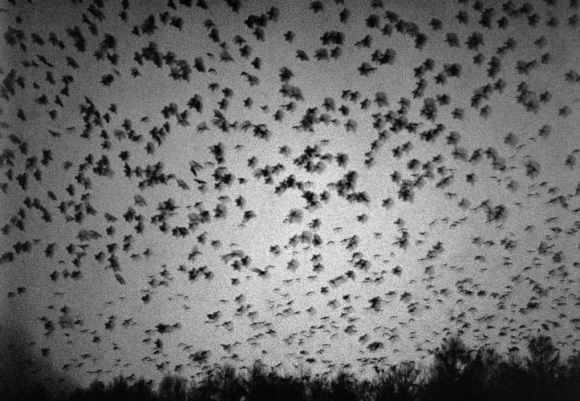 While the birds are a recurring motif throughout the book, these are interspersed with enigmatic and unexplained other photographs including an intimate night time scene, silhouettes of people on the coast with their hair flying in the wind, flowers and other items possibly exploding or caught in some kind of extreme turbulence, weather that has become cosmic ambient streaks of light and a man sat on the ground, seemingly drinking alone in what may be a litter strewn park.

Taken as a whole the book appears to tell some unknown or unknowable story – to almost be an essay, the subject of which is just out of reach. 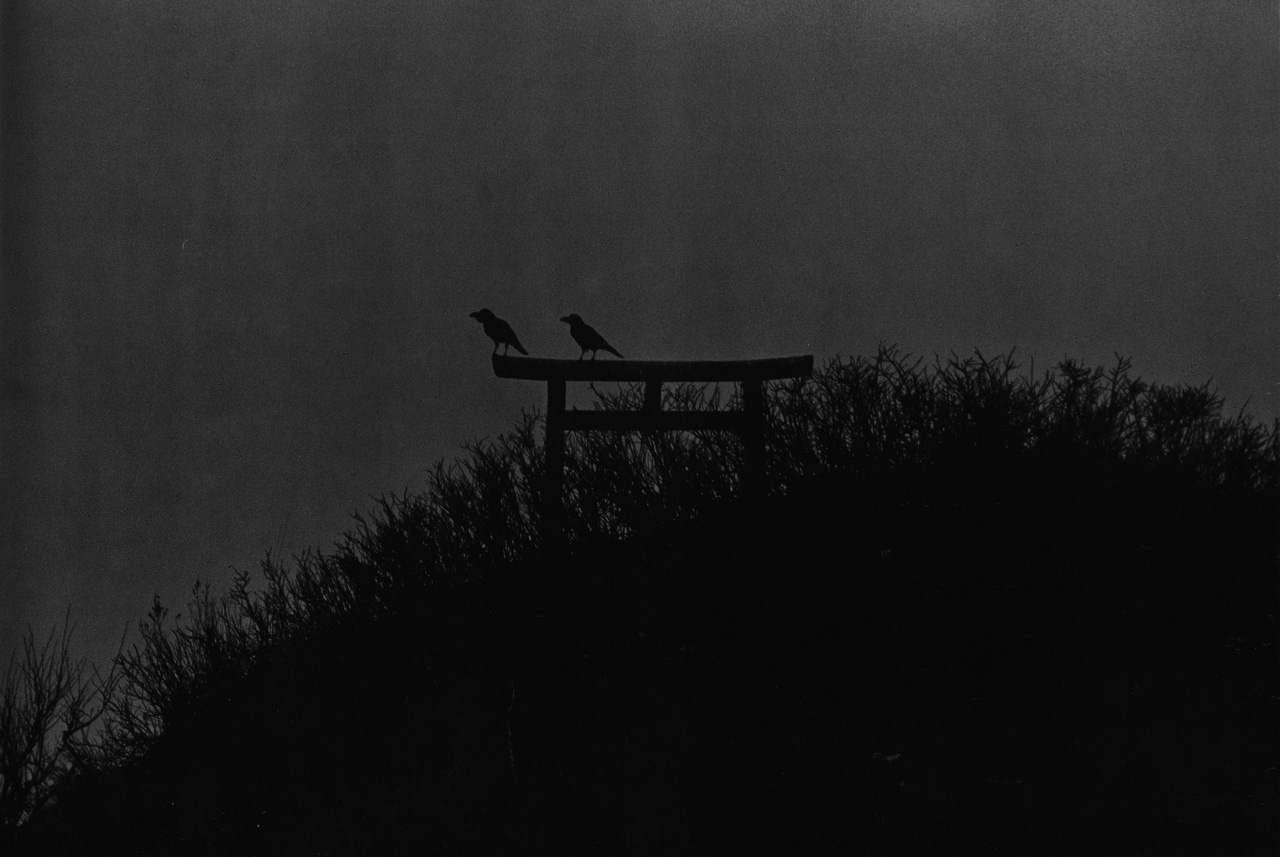 As a postscript, since I started to write about the book, it has been reissued by the publisher Mack in what looks like a rather fine slipcase edition, with one of the iconic images from the book silkscreen printed in a subtle, almost hidden manner on the cover.

Elsewhere in the ether:
View a selection of images from the book here, here, and here. The Mack edition can be visited here.