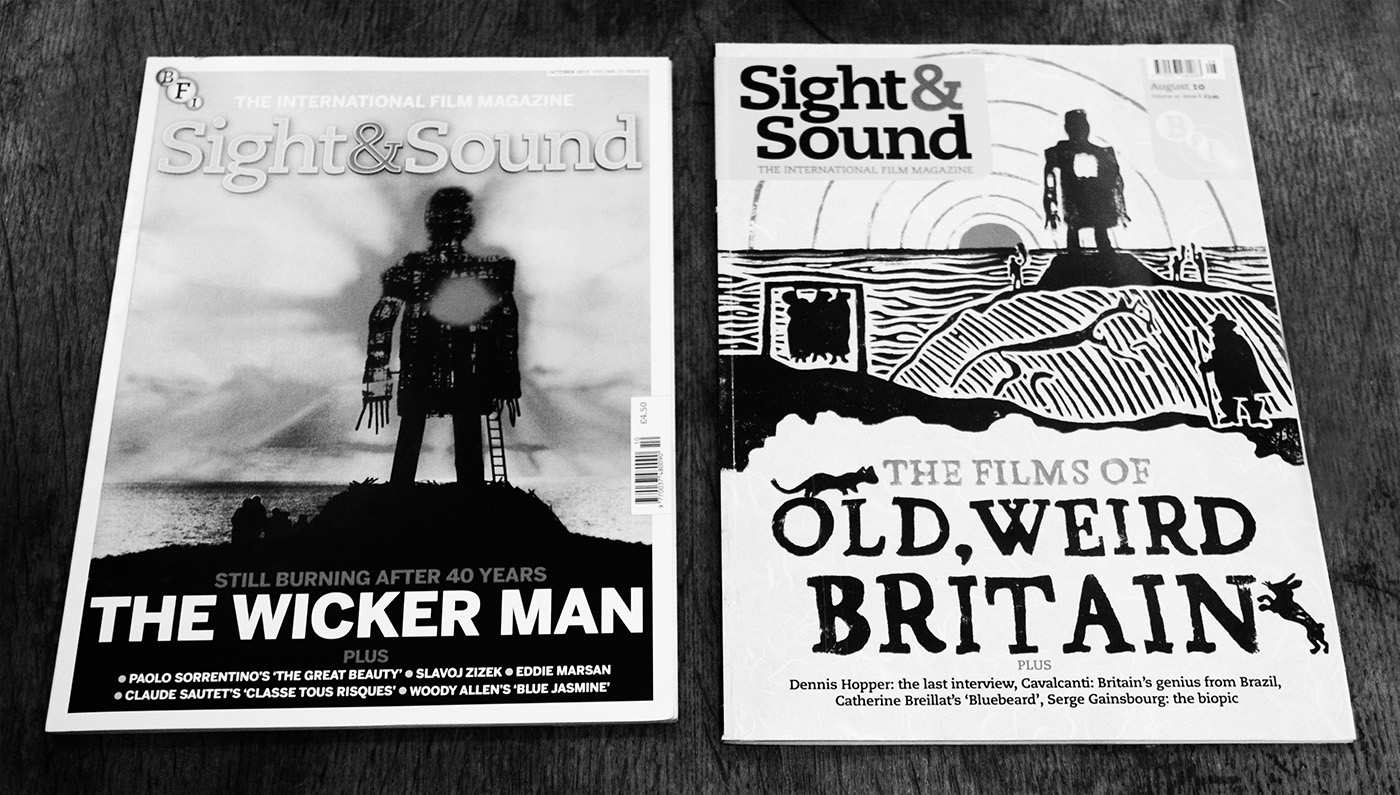 Now, there has been an ever increasing amount written about The Wicker Man and it could be possible to be a tad oversaturated with more considerations of the film…

…but I recently(ish) read Vic Pratt’s article Long Arm Of The Lore about the film in a 2013 edition of Sight & Sound, at the time of one of the DVD/Bluray brush’n’scrub ups of The Wicker Man…

And actually, it was a refreshingly calm, considered, reflective, contextual piece that made me pause for thought, consider and re-appreciate the film and its own stories and myths once again.

In many ways it and the issue of the magazine could be a companion to the 2010 Sight & Sound with The Films Of Old, Weird Britain cover and The Pattern Under The Plough article Rob Young (and leading on from that, that article could also be seen as a companion to his Electric Eden book).

Both articles explore a sense of an otherly Albion, of the undercurrents and layers of folk tales, customs and histories and their reflections within film, television, culture and music at various points in time. 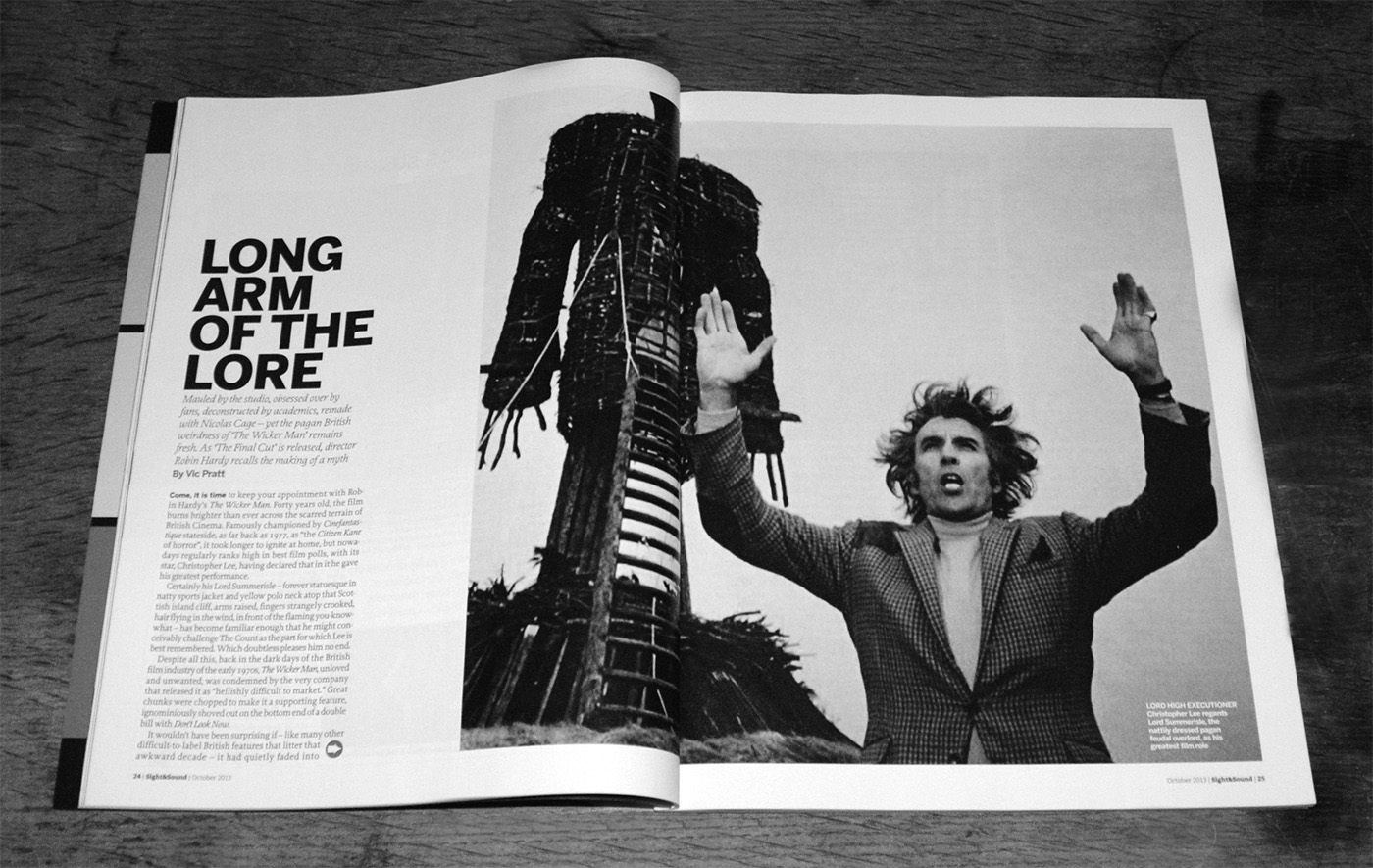 Vic Pratt’s article is particularly good at placing The Wicker Man in the context of the early 1970s, the what-happened-next of 1960s utopianism and a yearning to return to more authentic, rooted ways – the interest in variations on folk culture being an aspect of such things.

I particularly liked this sequence, its analogies and the way it intertwines folk, the romance of analogue recording techniques and the myths of The Wicker Man itself:

“The archivists among us surely long to see a fully restored version of the ﬁlm derived from 35mm elements, and the new Final Cut should almost provide that, bar a few mainland minutes. Yet folklorists must surely enjoy the flawed long version; that old variation in quality, the sudden grainy sequences, are textural scars that remind us of a checkered past. The multigenerational flaws of decades-old transfer technologies are embedded in the images. Forever incomplete, with something added, something removed, like an old folk ditty with lyrics honed and melodies reshaped by time, The Wicker Man remains splendidly imperfect, the perfect folk film artefact.”

The article is available to read online but I must admit I enjoyed being able to stop a moment and read it in its original printed form (although it seems to be one of the more hard to find back issues of Sight & Sound, not unsuprisingly considering the cult status of The Wicker Man).

Intertwined wanderings around these parts:
Day #4/365: Electric Eden; a researching, unearthing and drawing of lines between the stories of Britain’s visionary music

Day #80/365: The Films Of Old Weird Britain… celluloid flickerings from an otherly Albion…

Day #90/365: The Wicker Man – the future lost vessels and artifacts of modern folklore

Elsewhere in the ether:
Read the article here (which also includes an interview with director Robin Hardy).