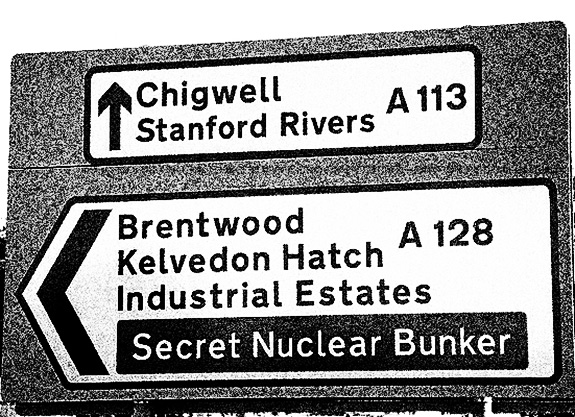 Sometimes you see something and your mind literally stops in its tracks trying to process it.

The first time I saw a photograph of a road sign for a decommissioned “secret” bunker was just one of those.

(It was actually in B*llocks To Alton Towers – Uncommonly British Days Out.) 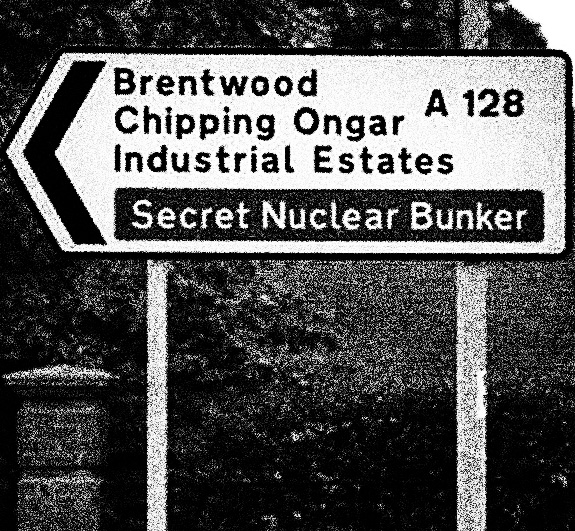 …I just find that I have some kind of disconnect when I see them – a sort of mixture of disbelief, humour, relief that we are nolonger living in a political situation where they are considered necessary and maybe a touch of sadness/anger/grief for us having once done so.

In part I think that disconnect is due to the terribly, terribly Britishness of names like Chipping Ongar and Chigwell, their often positioning in amongst day-to-day normal housing or the gentle grey-green of the land but juxtaposed with these signposts to once-end-of-days refuges.

Should I laugh or shake a fist? I’m not quite sure. 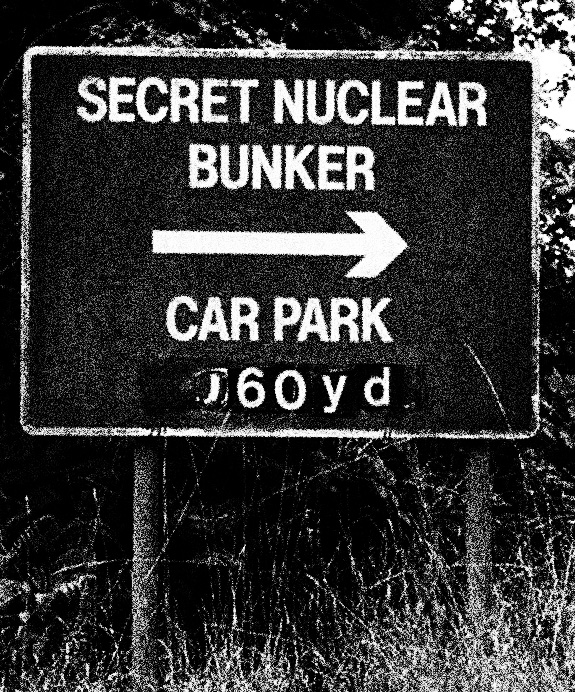 (As an aside, for some reason the signpost above is one of my favourites – if that is an appropriate word to use at this point. I don’t think that it’s an official roadside sign, more probably one that’s been privately errected but there’s something about its quiet neglect, the hand done repair / change.

In one photograph I have seen of it, nature is encroaching and the sign is covered with a layering of green algae and somehow there’s some kind of poignancy, beauty and a touch of melancholy to it.) 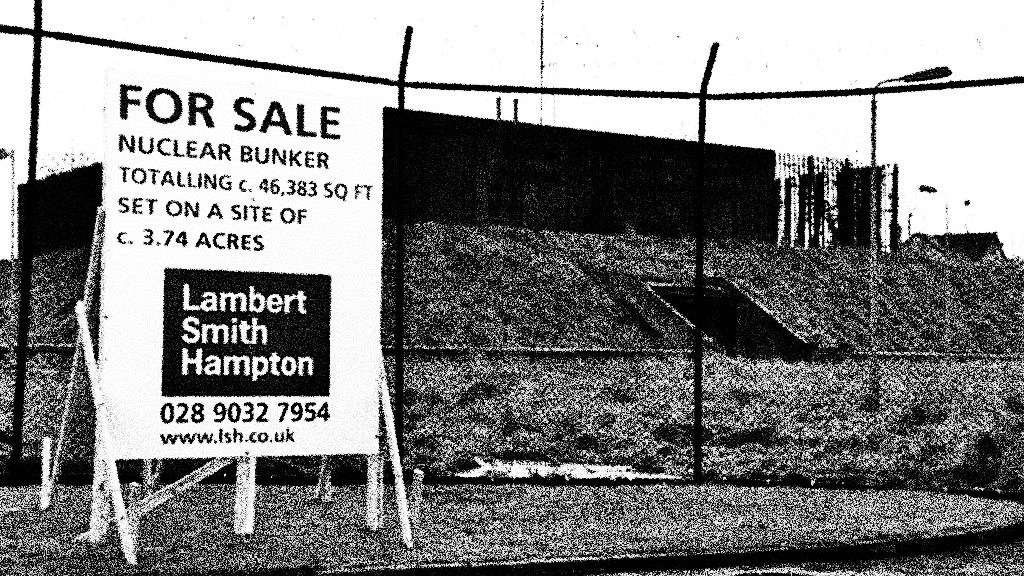 Accompanying and interconnected with such road signs are the estate agent signs for when one such place is up for sale.

Now I first heard of such a thing on the radio a while ago but it never occurred to me that there would be literal, actual hoardings advertising them.

I find it hard to not stop at this point and start making up sketches for a sitcom called Whoops Apocalypse – except that’s already been done.

When I saw this particular sign, once my mind had stopped being stopped in its tracks, I kind of jokily but seriously started to wander about the practicalities of such things.

Is it a buyer or a sellers market? There is scarcity value to the property but I expect only a very limited number of potential buyers and allowable uses (data storage seems to be one such usage that is mentioned on these boards – so no A3 planning permission for a spacious and yet still bijou and intimate diner then?).

Are such things listed on general property / commercial property sites, so that your search results would bring up say a warehouse for rent, listed as having plenty of onsite parking and then a former secret bunker listed as razor wire and  catastrophic occurrence / emergency air filtration system included?

My already more than slightly confused and bemused mind boggles.

Well, I feel I should end this post on a further note of I don’t know whether to laugh or cry.