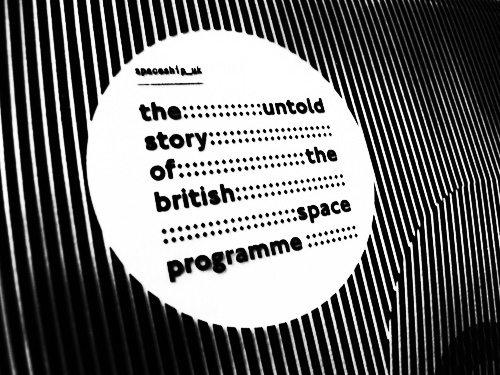 In a line and wandering that continues from considerations of once streaks in the sky and almost futures, I was recently wandering around the rarities of non-Ghost Box related work by Mr Jim Jupp / Belbury Poly and came across the Spaceship UK: The Untold Story Of The British Space Programme which features both the work of Mr Jupp and electronic music pioneering explorer Mrs Daphne Oram.

This is a beautifully presented artifact and one of the particular notes of fascination for my good self is the accompanying essay by Mr Ken Hollings, wherein many of the above strands and pathways are interlinked – from Mr Nigel Kneale’s Quatermass work to cathodic experiments in sound and the Radiophonic Workshop to modern day explorations under the all-encompassing label of electronica.

A fine gathering and connecting of lines through history… 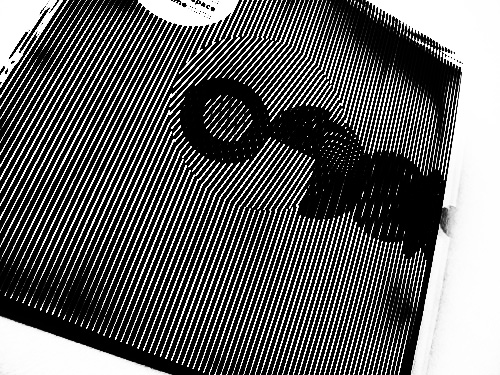 “A new type of music has begun to be registered upon magnetic tape: one that cannot be contained in the traditional concert hall but requires instead equally new spaces and new media to be appreciated fully… Electric and acoustic pulses are simultaneously recorded and then played back over themselves; the resultant repetitions mutate and decay, giving the impression of eerie distortions rebounding over a measureless and artificial distance… By the time the alien spacecraft comes to life, it has already become clear that the Martians are our distant ancestors, whose memory has been kept alive through… scattered reports of poltergeists… This painful revelation, however, has come too late for us… The sampler becomes a means of digitally reactivating sounds and voices that have been kept in cultural cold storage for decades: drum-breaks, bass-lines and snatches of melody lifted from old records are cut together with dialogue and sound effects supplied by old sci-fi and horror movies… The future has collapsed in on the present… This universe still has a history that is yet to be written… its origins are only just being unearthed…”

That particular shellac encasing is somewhat rare and not so easy on the pocket today but the essay can be perused in full here. 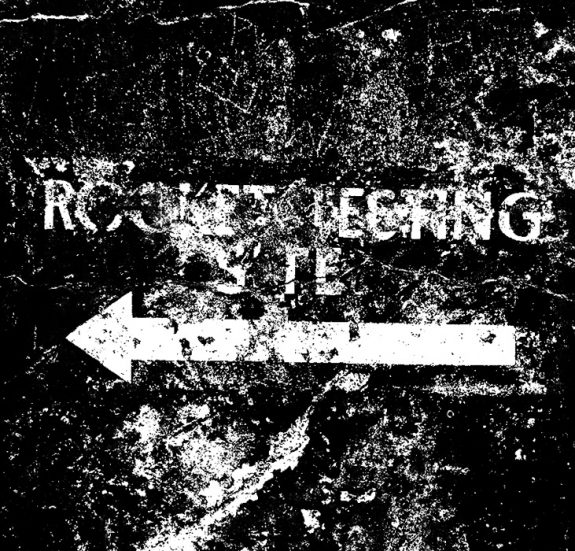 …and talking of such once-almost-were explorations, I was recently following a zeros and ones transmitted signpost to (Ghost Box visitor) Mr Keith Seatman’s scribings on Highdown Rocket Site, which was a testing ground for the UKs Black Arrow and Black Knight rockets.

As mentioned around these parts previously “...a study of the photographic capturing of the remaining sites and artifacts of such things leads into a wonderland and rabbit warren of lost futures – once shining and starward bound, now often scattered shells and brutalist accidental monuments…”

Mr Seatman’s accompanying High Down light-catchery is a good example of such things – there’s a curious understated stalwart melancholy air to the buildings that still stand and accompanying electronic equipment looks nearer to props belonging to a Quatermass-esque fiction than actual experiments in space travel. 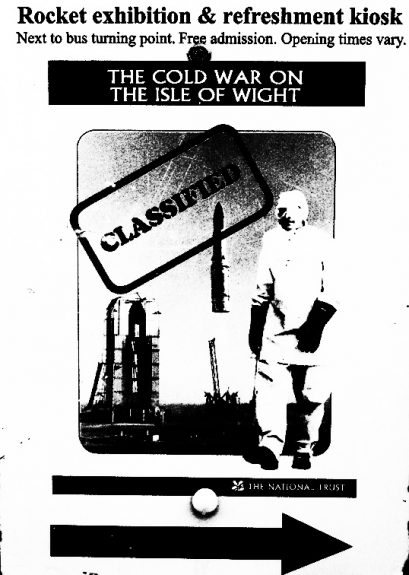 Two particular favourites in amongst his Highdown images are the faded textures of the Rocket Testing Site painted sign (again, which to my own personal modern-day eyes and mind seems nearer to a fictional creation than an artifact of actual explorations on this particular isle) and the “Rocket exhibition and refreshment kiosk / Cold War On The Isle Of Light poster” – which causes me to think of a Scarfolk-esque design but without the black humour and just the heebie jeebies side of things remaining.

Visit accompanying scribings by Mr Seatman here, his notes on Highdown histories here, further findings here and take a wander around the daydreams and folly explorations of his ether victrola here.

Considerations of interconnected further findings around these parts here.