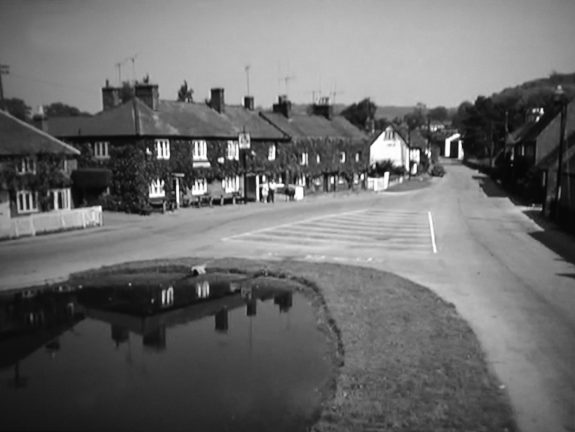 A while ago I watched an episode of the 1960s television series The Avengers called Murdersville.

The episode in question is from series 5, originally broadcast in 1967 and I think was the second to last in which Diana Riggs played the iconic Mrs Peel, accompanying the bowler hatted Steed as a duo of some form of loosely defined trouble shooting agents of authority with a somewhat flippant, irreverent attitude to the problems they encounter (although they invariably have a certain accompanying steely resolve in terms of getting the job done).

They are often called in and/or accidentally stumble on bizarre, surreal, grandiose plots to say take over the world or turn domestic pets into trained assassins via the use of brain wave modulators.

The episodes, particularly the later colour ones, have a set-in-the-real-world but not aspect, a sort of stylised cartoonish presentation that is not a million miles away from the 1960s television series of Batman.

The Murdersville episode could be considered something of a forerunner to Edgar Wright’s Hot Fuzz film from 2007 in the way it depicts an English chocolate box like idyllic village or small town gone bad.

Murdersville opens with a sign which says “Welcome to Little Storping-in-the-Swuff. Voted the best kept village in the country. Please help us to keep it that way.”, which caused me to think initially that as with Hot Fuzz the dastardly deeds would also be in order to maintain its “best kept village” status.

However, whereas in Hot Fuzz the village/townsfolk are involved in a murderous conspiracy to essentially keep out the riff-raff and make sure it retains a picture perfect appearance and its title of Village of the Year, in Murdersville the village has become a place run by the Murder Incorporated organisation and where for a fee you are able to lure people to and do away with them, which is then covered up by the villagers. 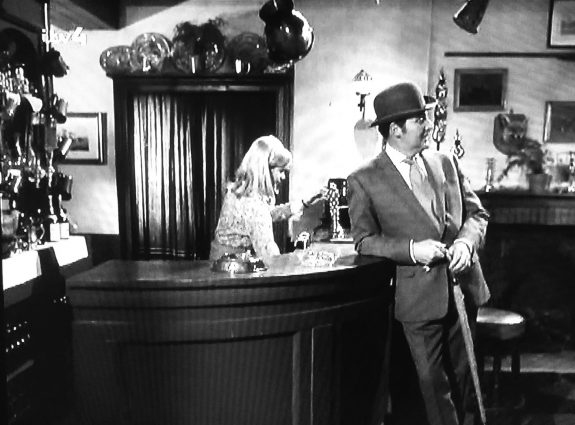 And as in Hot Fuzz, you know something is seriously wrong when the good old English bobby (a colloquial, possibly period phrase for a uniformed British police officer) and the “pint of warm ale” serving local pub are part of the corruption.

In Murdersville these symbols of civility are part and parcel of the corrupted ways of the village, while in a “keeping standards up” manner, even during an assassination the Silence sign in the local library is still pointed to by a librarian and obeyed. 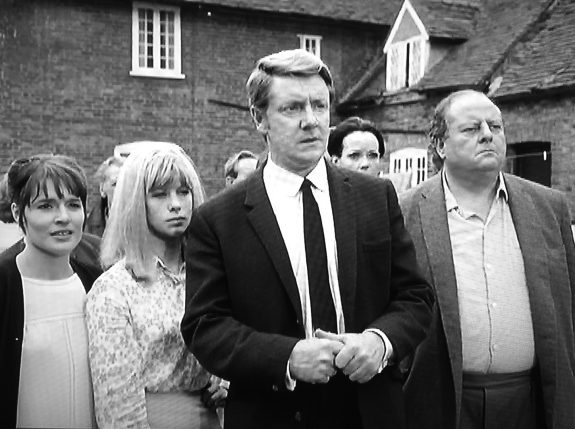 As is often the way in fantastical depictions of villages, here the village and villagers are shown as the “unknown” or other to the city folk and at one point, as in The Wicker Man and The Village of the Damned, they become a mob handed mass and as also in The Wicker Man they are shown as employing medieval/olden ways methods when they use a witch trials like ducking device on Mrs Peel. 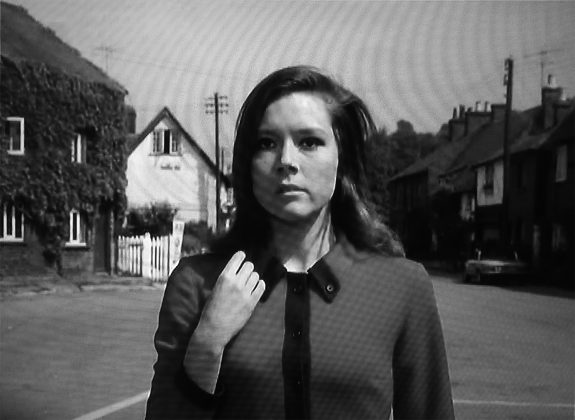 Mrs Peel looks wonderfully out-of-place in her purple, stylish, pop-art-esque outifit in amongst the olde worlde village, the village green and the countryside etc. 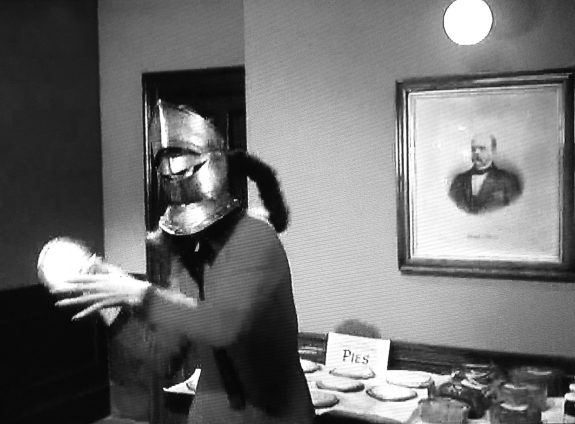 Towards the end of the episode it turns into a Tiswas like set of flan flinging fisticuffs and despite the life threatening, murderous aspects of the village, by the end the villagers run off when threatened by Mrs Peel armed with but a pie made for a traditional English produce competition alongside the likes of jars of homemade jam, knitting and needlework. 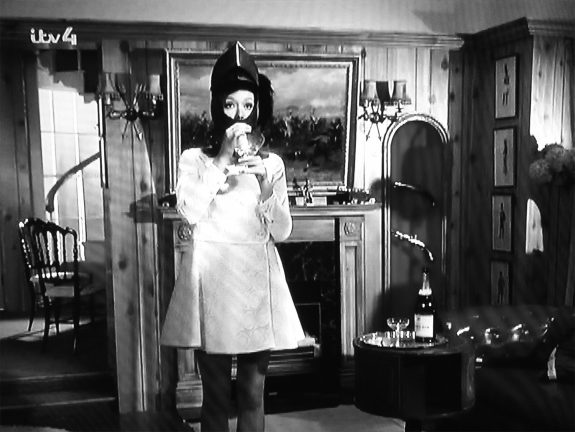 Which fits really with the subtly imaginary, cartoon-like world of The Avengers, where even quite traumatic events are treated as essentially jolly japes with seemingly little mental after effects on Mrs Peel, Mr Steed or their sartorial elegance and definitely nothing that a droll quip and a post-action cocktail won’t put to bed.

Elsewhere at A Year In The Country:
Day #173/365: “Douglas I’m scared”; celluloid cuckoos and the village as anything but idyll…