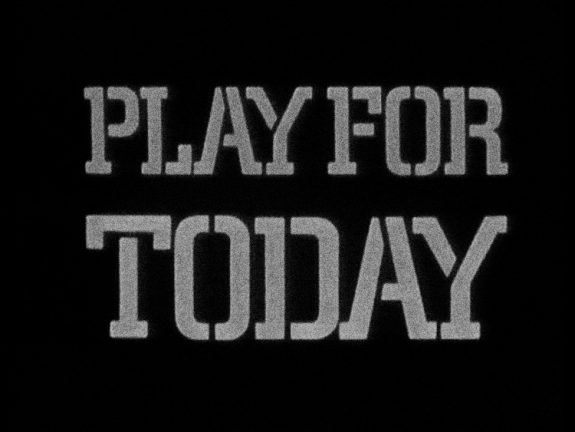 Z For Zachariah is a novel by Robert C. O’Brien that was published in 1974 and has been made as a Play For Today drama for television by the BBC in 1984 and as an American film in 2015.

Its plot involves a young woman who believes she is the last survivor of a worldwide nuclear conflict which has left the world uninhabitable apart from the small valley in which she lives.

Into this valley one day comes a stranger in a protective suit and the story revolves around his almost passing away after being contaminated, their attempts at survival and farming and the conflict between them in their isolate enclave. 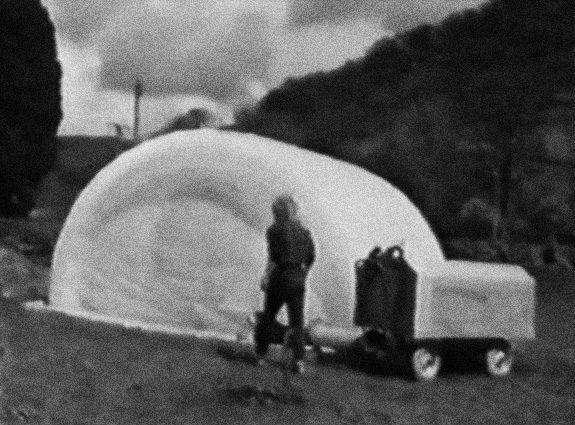 The 1984 Play For Today adaptation is a particularly dour and unsettling piece of drama.

This is partly because of the inherent nature of its themes, background and plot but it is quite possibly heightened by it only being available as an umpteenth generation version, with the resulting washed out grey-green colour palette.

Also, I was quite aware when watching it that the background of its making and broadcast was the real life threat of a peak in tension during the Cold War, which possibly made it less entertainment than a form of almost speculative documentary.

When I watched the 2015 film version I was actually quite surprised by it; the film stars three well known actors – Margot Robbie, Chiwetel Ejiofor, and Chris Pine – but it is a fairly downbeat, understated feature.

(Curiously, in a revolving mirror manner of what often happens with film and television adaptations when they cross the Atlantic, the book was originally set in the United States, the story was relocated to Wales for the Play For Today version and then returned to the US for the 2015 film version.)

The film version adds a third survivor – Chris Pine – and it becomes in part a tale of a love triangle set against the background of survival and the conflict between faith and scientific practicality (this aspect is particularly shown when one of the characters wishes for the wooden church in the valley to be taken down in order to build a power creating watermill and does not or cannot take on board the spiritual effect this may have on another of the trio).

In this version the apocalypse that has faced the wider world is not overtly defined as being conflict related and is more hinted at as being some vague nuclear related cataclysm, which accompanied by it being made after the Cold War era means that the underlying real life threat of the film is at least lessened.

However, I have to admit that by the end of the film I’m not sure that I was so much entertained as unsettled and disturbed, finding myself with a strong sense of nolonger wanting to be in this world and its realities.

This natural rural enclave may in some ways look like a singular paradisiacal new beginning but it is one that seems to have an overhanging sense of a clock ticking towards when it will no longer be sustainable.

Local Broadcasts:
Day #46/365: Threads, The Changes, the bad wires and the ghosts of transmissions
Audio Visual Transmission Guide #30/52a: The Last Train And Fractured Timelines