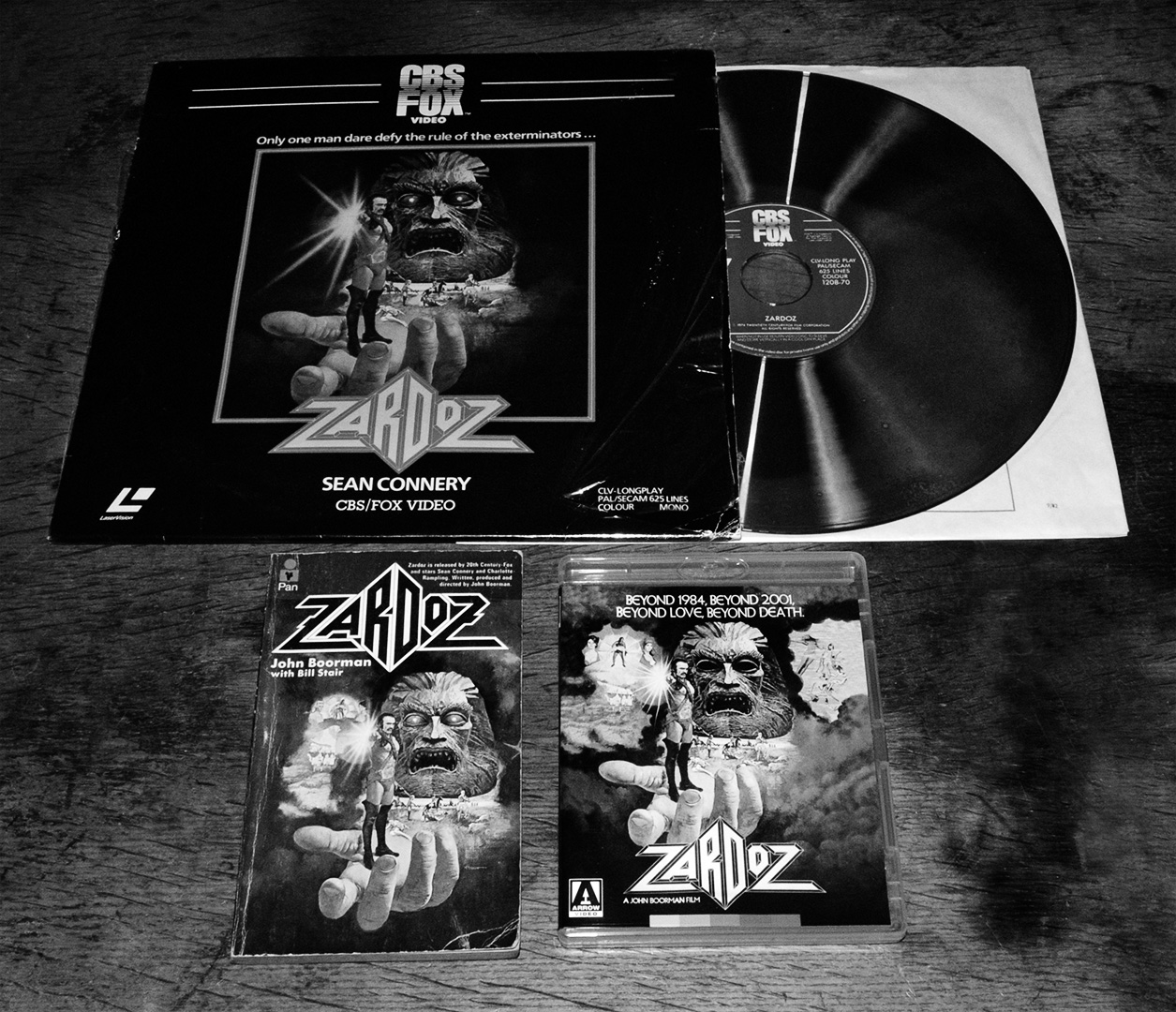 A gathering of a few Zardoz related ephemera… the novelisation, the Arrow Bluray release and its earlier HD counterpart and one of the laserdiscs…

…because, well, there’s nothing quite like revisiting a relatively big budget, big name, genuine cinematic oddity that could be said to create its own particular take on psychedelia, back out to the country utopianism and heavy, heavy (man) post 1960s comedowns…

Or to quote myself:

“It feels like a genuinely psychedelic and dreamlike experience in many ways… a dissonant, challenging blockbuster/spectacle film in a way, full of “I can’t actually believe that this was allowed to come to the big screen” moments, questioning of societies actions, elements of 20th century fairy tales and philosophy amongst, well, the thigh length boots, nudity, guns and entertainment.”

Now, you could spend all day (well, a fair few hours) browsing the various Zardoz related memorabilia, although largely it would be variations on similar themes – a handful of period magazines, the varying video/DVD/Bluray/laserdisc releases and different countries posters and lobby cards. 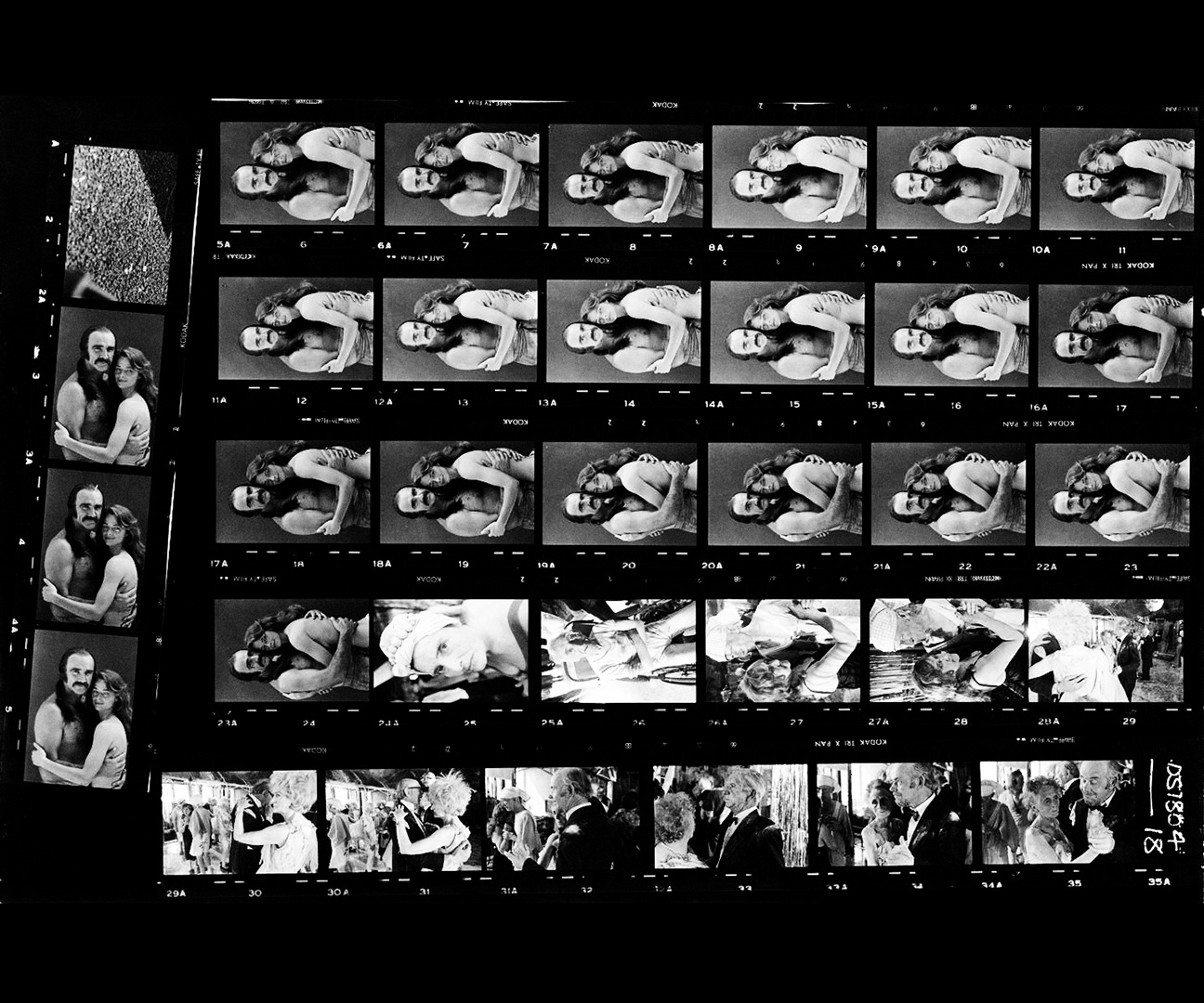 One of the few actually different items that you may come across though are a handful of contact sheets.

Its hard to know if these are the original “tumbled out of the dark room from back when” sheets or reprints but I’m quite drawn to them.

Although I’m not somebody who has a didactic, either/or view on digital versus analogue technology and processes, I have found a certain magic to occur within dark rooms and contact sheets seem like very genuine, scarce and precious artifacts.

Laserdiscs meanwhile seem like such, to use that word again, oddities in the modern world. Or maybe that should be stranded artifacts.

They’re very solid, almost monumental seeming things, heavy, physically large and films sometimes came on more than one disc in gatefold sleeves and are an interesting way of seeing related artwork – collectible in themselves even without the ability to play them. 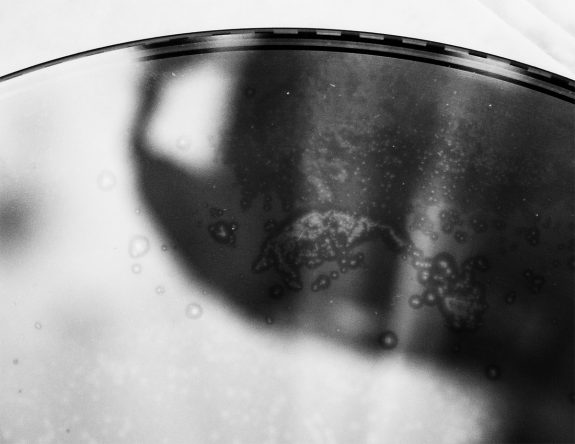 Despite the fact that this laserdisc copy of Zardoz is fading and corroding I know there may well be a frame or two of “He who fights too long against dragons, becomes a dragon himself” tales on there somewhere,

However, on this side of the pond and on this particular island laser disc players were such relative rarities and the technology required so specific that it is a genie (or should that be a reverse wizard of Oz?) caught in a relatively inoperable jar.

Even with something like say old 35mm trailer reels without a projector you can still hold them up to the light to see the individual frames and with cassette tape there are still plenty of cassette players knocking about the world and  tapes themselves are still being replicated.

The last new disc was released in 2000 and although the players themselves were still sold in very limited and fairly pricey quantities until 2009, decent used working players in the UK are increasingly hard to find.

(I say decent as surprisingly, although they look like a forerunner to DVDs, as with vinyl, audio and video cassettes this was an analogue system and so the better players give a better picture and sound.)

Intertwined wanderings around these parts:
Day #177/365: Zardoz… in this secret room from the past, I seek the future…

Elsewhere in the ether:
Details of laserdisc players here (or electro-mechanical helium-neon laser players and Discovision).