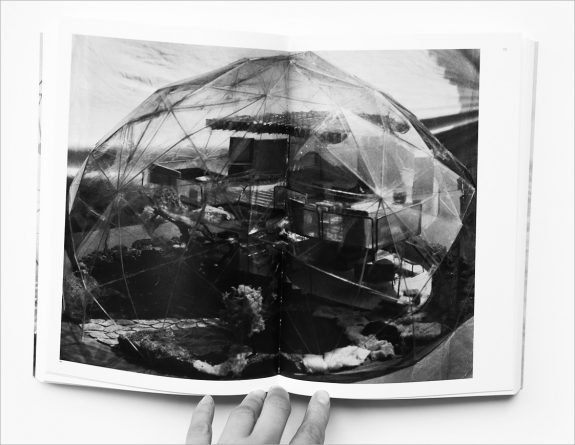 For a while now I’ve been intrigued by this book on Buckminster Fuller.

If you should not know he was an architect, author, designer and inventor who developed and popularised geodesic domes, along with being credited for the popularisation of terms including Spaceship Earth and synergistic.

There have been a fair few books on and by him but it is this one in particular by Mark Wigley that I am drawn to, I expect because of it’s title and the themes it covers in relation to Buckminster Fuller’s work.

“Bucky Inc. offers a deep exploration of Richard Buckminster Fuller’s work and thought to shed new light on the questions raised by our increasingly electronic world. It shows that Fuller’s entire career was a multi-dimensional reflection on the architecture of radio. He always insisted that the real site of architecture is the electromagnetic spectrum. His buildings were delicate mobile instruments for accessing the invisible universe of overlapping signals. Every detail was understood as a way of tuning into hidden waves. Architecture was built in, with, for and as radio. Bucky Inc. rethinks the legacy of one of the key protagonists of the twentieth-century. It draws extensively on Fuller’s archive to follow his radical thinking from toilets to telepathy, plastic to prosthetics, and data to deep-space. It shows how the critical arguments and material techniques of arguably the single most exposed designer of the last century were overlooked at the time but have become urgently relevant today.” 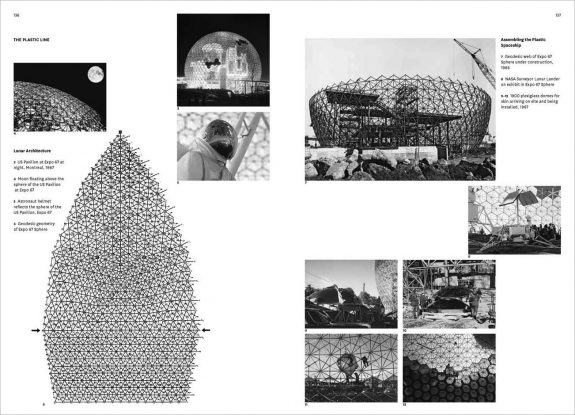 Although based in the real world, his work seems to cross some kind of divide between science fiction and science fact and to prefigure various science fiction and/or semi-futuristic films and their sets, in particular the likes of Phase IV and Beyond The Black Rainbow.

Another one for the ever growing “To look at and investigate further” pile.

(A shop/website which specialises in selling often short run or independently published photography/art publications, something of a favourite place of mine to wander to and browse.)