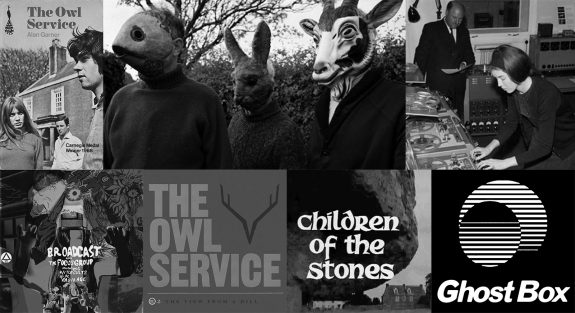 “A curious occurrence in an area or two of music and culture is the way in which folk music and folkloric-orientated work, of the underground, acid, psych, wyrd and otherly variety, has come to share common ground with synthesised work and electronica, of a left field and hauntological variety.

This is an area of culture where the use, appreciation and romance of often older electronic music technologies, reference points and inspirations segues and intertwines with the more bucolic wanderings and landscapes of exploratory, otherly pastoralism and folk culture, a part of the cultural landscape:

“…planted permanently somewhere between the history of the first transistor, the paranormal, and nature-driven worlds of the folkloric…” (author, artist, musician and curator Kristen Gallerneaux.)

On the surface such folkloric and electronic musical and cultural forms are very disparate and yet both have come to explore and share similar landscapes.” 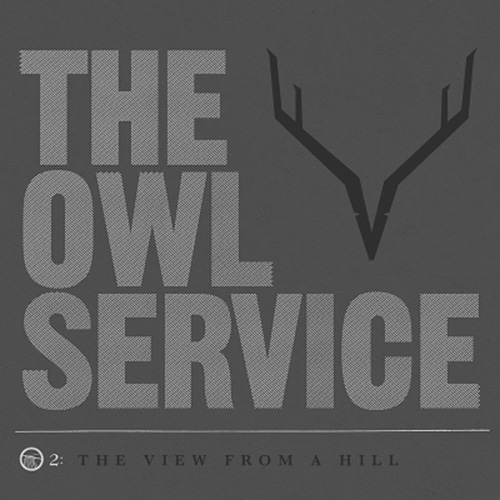 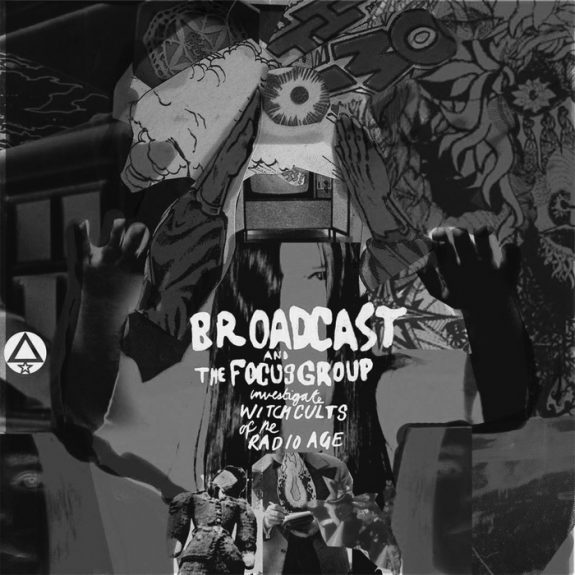 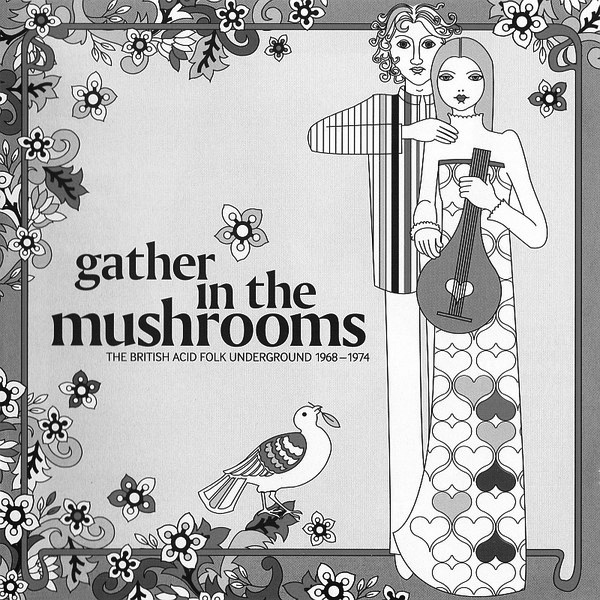 “…looking back to some of the early cultural explorations that would lead to A Year In The Country, three of the first albums that provided some of the seedlings, wellsprings or inspirations were The Owl Service’s The View from a Hill (2010), Broadcast and the Focus Group Investigate Witchcults of the Radio Age (2009) and the compilation Gather in the Mushrooms (2004).

These wander respectively from a subtly experimental revisiting and reinterpreting of folk rock that has taken the name of a seminal otherly pastoral book and television series (Alan Garner’s book and Granada Television’s TV adaptation of The Owl Service from 1967 and 1969 respectively), to an overtly experimental sample and synthesiser-created phantasmagorical vocal and dreamlike cut-up exploration of hidden cultural layers and transmissions via a delving and unearthing of late 1960s and early 1970s underground British acid folk.

Somehow, it all made sense that these things fitted together.” 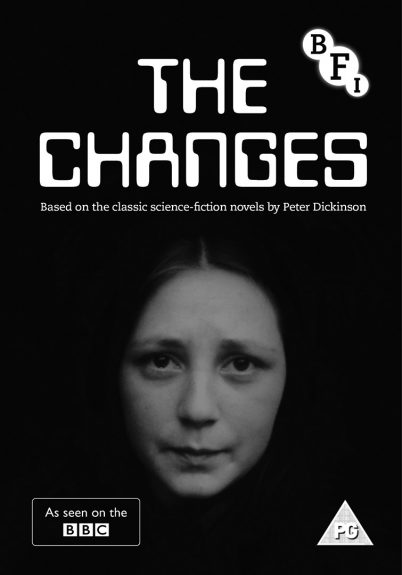 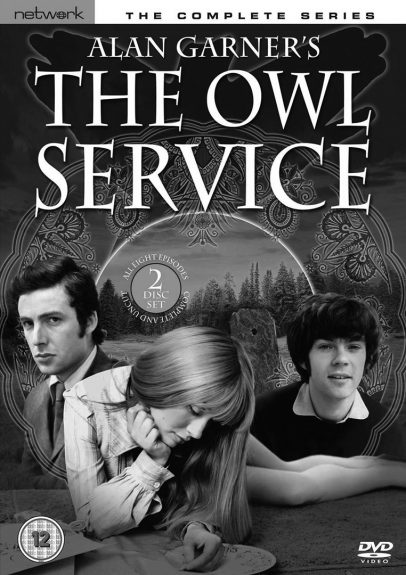 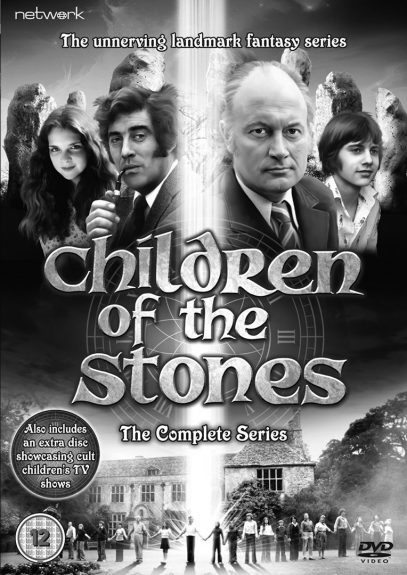 “Such television series… provide a point of confluence for these areas of otherly folk music and hauntology. To semi-quote the A Year In The Country website and referring back to cultural folklore:

“In contrast to the often oral telling of tales from the wald/wild wood in times gone by, today the stories that have become our cultural folklore we discover, treasure, pass down, are informed and inspired by, are often those that are transmitted into the world via the airwaves, the (once) cathode ray machine in the corner of the room, the carrying of tales via the zeros and ones of technology that flitter around the world and the flickers of (once) celluloid tales.”

While often being set rurally, in contrast to much of popular culture which concerns itself with towns and cities, they have come to be touchstones or lodestones that seem to invoke a hidden, layered history of the land but which also encompass and intertwine with a wider hauntological, parallel, alternative version of Britain.

Some of their musical accompaniments could well be said to form an early part or antecedent of the meeting of the strands of otherly folk and hauntology.” 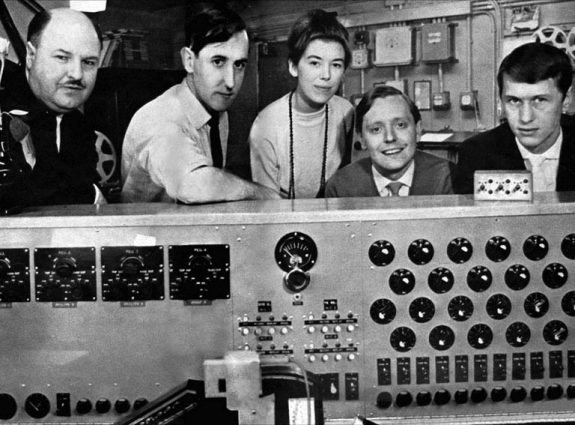 “In the above list the “patterns beneath the plough” are soundtracked by imagined and re-imagined folk music (The Wicker Man), synthesised elsewhere explorations by the BBC Radiophonic Workshop (The Changes, Doctor Who and The Stone Tape), spectral yet beautiful choral nightmares (Children of the Stones) and quite frankly still unnerving and experimental collaging (The Owl Service).

All quite different musically/aesthetically and yet all conjuring both (to again quote the A Year In The Country website) “an underlying unsettledness to the bucolic countryside dream” and a Midwich-ian take on the landscape.

If you should consider the descriptions of the above soundtracks, you may well find that a line could be drawn between them, the earlier description of three early A Year In The Country wellspring albums and much of more recent work that could be called hauntological and/or which explores the outer reaches and undercurrents of folk music.

These two strands of otherly folkloric and hauntological work and culture may appear at first to be cultural cuckoos in the same nest but have come to be fellow travellers in an alternative landscape, informing and accompanying one another’s journeys; this is a sharing of ground founded in similar exploratory and sometimes visionary or utopian spirit rather than divided by aesthetics.”

Online images to accompany Chapter 4 of the A Year In The Country: Wandering Through Spectral Fields book, alongside some text extracts from the chapter: