Now along the winding ways of A Year In The Country I’ve come across all kinds of fascinating cultural projects and artifacts… right now, this is something of a favourite. 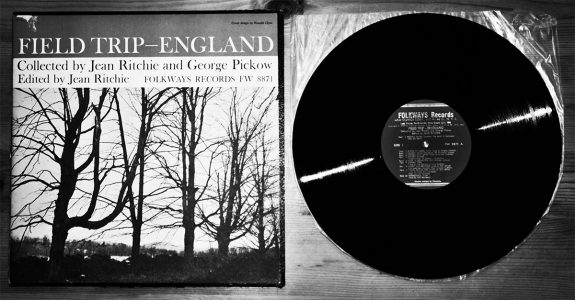 It’s a 1960 album released by Folkways where Jean Ritchie and George Pickow travelled around England recording literally the music of the folk of the land; from the peels of church bells to children’s rhymes via sailors laments and folk songs passed down through generations of families.

Here are stories of sea fairers who squander their money and life wandering with “flesh-girls” (ladies of the night shall we say), a grand old gardner singing crackedly of riding up to Widdecombe Fair with “Phil Lewer, Jan Brewer, Harry Hawkins, Hugh Davy, Philly Whitpot, George Pausley, Dick Wilson, Tom Cobley and all”… 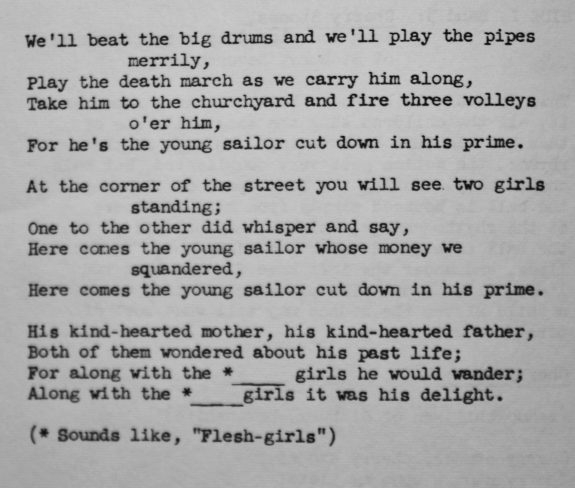 …a childs instructions for chopping off of heads in Orange and Lemon, tabloid scandal mongering and sensationalism from days gone by via folk song in Death Of Queen Jane, a paper costume adorned Mummers Play and a particularly boozy version of John Barleycorn from the Haxey Hood games (He’ll make a maid dance around this room, Stark naked as ever she was born; He’ll make a parson hold his boots, With a little John Barleycorn. He’ll turn your gold into silver, Your silver into brass; He’ll make a man become a foll, And a foll become an ass”). 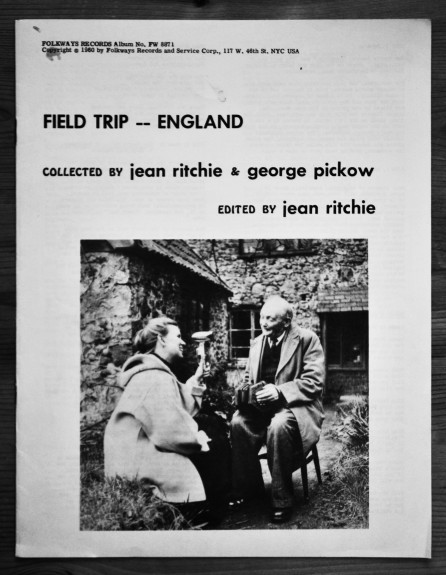 I’ve said this before about different items but this is an album that feels as though it’s a long lost project that has been sent out into the world by a modern day cultural rarities curator such as Jonny Trunk: it almost feels too authentic, too real.

These Folkways records had lovely packaging and a really solid physical presence; all matt printing on textured stock, they feel built to stand the tests of time.

And this particular copy of the album has: it’s one of the original 1960 issues, as far as I know it’s not been reissued on vinyl and it was one of those rare occasions in the electronic ether where it was actually quite hard to find a copy. Though it is available as a print on demand CD I felt that for me do it justice I wanted to hear and feel how it looked and sounded at the time when it was first sent out into the world, crackles and all.

Jean Ritchie grew up in the Cumberland Mountains in Viper, Kentucky, one of 14 (!) children and was part of a generation in that area where traditional living finally began to succumb to technological, travel etc, long after much of the rest of the US had already done so.

Apparently she grew up singing traditional and more recent folk songs with her family, which in part lead her to travel the British Isles in order to trace the sources of her family songs.

And I’m glad she did as in these recordings there is a document of a sense of an end of an era which possibly parallels her own family/cultural history; a sense of some kind of final golden age of pre-technological transmission of songs and stories.

This isn’t done in a capturing and preserving things just so way but rather the recordings feel like living, breathing documents, which capture a very human spirit. The album is allowed to retain it’s raw field recordings; you can hear laughter at the end of songs and is it just me or can I hear the reels of the tapes going round? 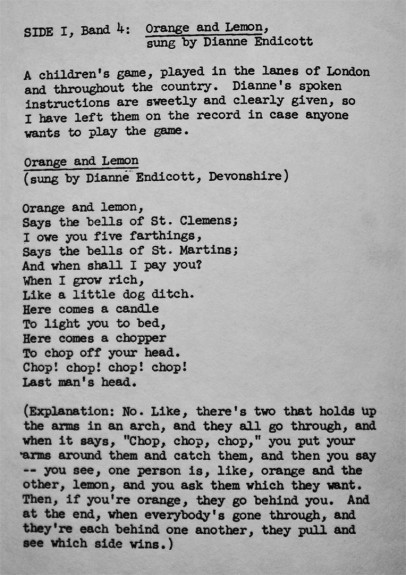 You can listen to clips from the album and view a digital version of the accompanying booklet at Fokways here.