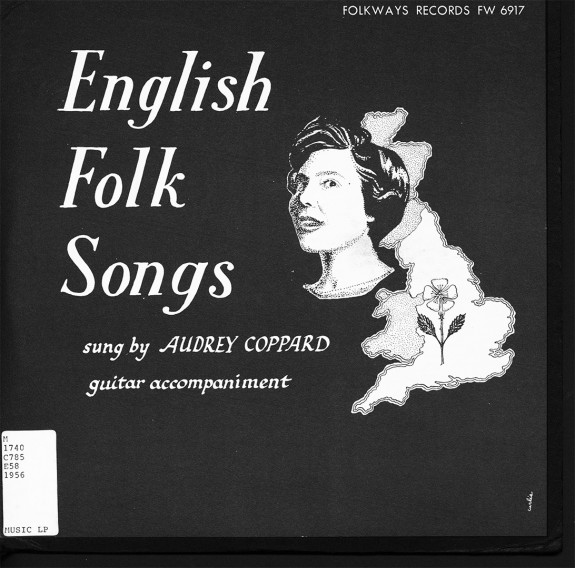 I have no idea how I came across this. Maybe I was looking up Lutine’s version of Died Of Love and stumbled across it that way as this album/10″ also features the song (see Day #50/365).

I don’t know all that much about traditional folk that was revived in the 1950s and 1960s. No particular reason, it’s just not something I’ve tended to explore all that much. This album, originally recording in 1956, is music which could probably be connected with such things though and it felt like a real find; there’s a playful, sometimes cheerful, sometimes wistfully sad delivery to the songs that just makes my hair stand on end.

The opening lines to the record are “If all the young men were like hares on the mountain, then all the pretty girls would take guns and go hunting” which makes me smile and laugh. 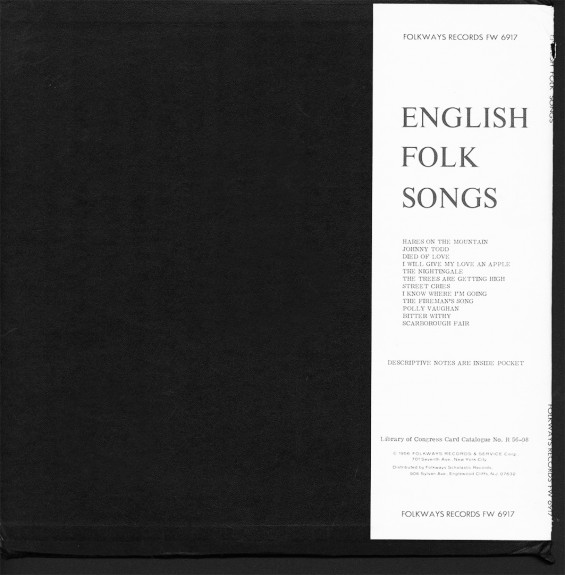 The songs are presented simply, just Ms Copard’s voice and sometimes guitar accompaniment and that’s all they need and apparently it features the first recorded and commercially released version of that heading towards the toppermost of the poppermost songs Scarborough Fair, so I guess as a record it has a certain cultural historical importance.

Here a not-to-be-a-hit version of that hit record sits in amongst songs that I first discovered via more contemporary people such as The Owl Service, the aforementioned Lutine, Anne Briggs and so forth. It was interesting hearing some of their earlier incarnations and wondering how these versions may have somewhere along the line come to influence the songs future existences.

Finding the record on vinyl can be done but it’s a reasonably rare item, particularly on these shores. Time to save up the pennies and all that, though it is more easily available in shiny modern form (and even, curiously, on cassette). 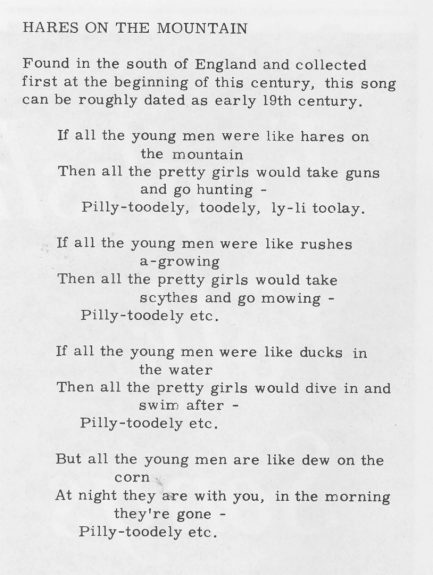 See more about the record here.