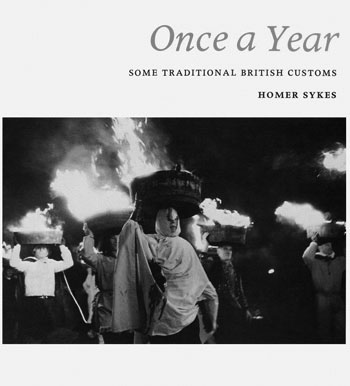 File under:
Trails and Influences: Other Pathways.
Case #2/52.

This was something of a starting point for A Year In The Country.

I was coming towards the end of one of the stages of a large, subterranean culturally city orientated project (and indeed towards the end of a long period of living in cities) and this book seemed to catch my eye in a local charity shop window.

It was one of those charity shops where they know the value of things and price them accordingly (indeed they once had photographer Paul Graham’s A1: The Great North Road book for sale for hundreds of pounds), so this wasn’t cheap: thirty of your good British pounds indeed.

It still has the price sticker on the cover, so I must have paid that much, which is interesting because looking back at that time the cupboards were quite bare at home and so the subject matter of the book must have touched quite a chord.

The book was published in 1977 and is a document of seven years of journeying around Britain photographing traditional British customs. In many ways it is a continuation of Sir Benjamin Stone’s work and is part of a lineage that leads to Sarah Hannant’s Mummers, Maypoles and Milkmaids: A Journey Through the English Ritual Year book. In many ways Ms Hannant’s is very similar in some ways to Once A Year (although her photographs are in colour) and indeed apart from the hairstyles and period details some of the photographs could almost be exchanged from one book to the other.

Talking of period details, Once A Year is actually interesting as much for it’s recording of period 1970s detail and style and the way these traditional customs lived in amongst them. In that sense they remind me of the work of Tony Ray-Jones and his documentation of then contemporary English life. Along which lines, the photograph below from the book is something of a favourite: 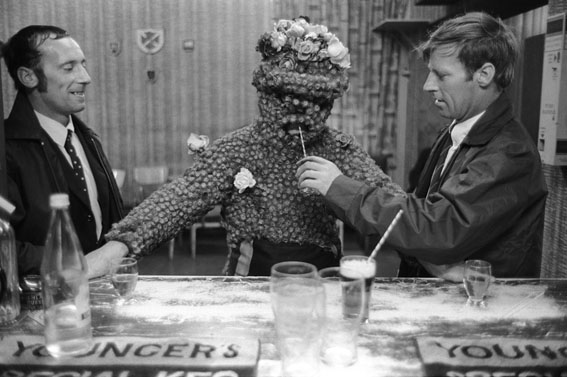 …to wander off at a tangent a bit, I think Tony Ray-Jones was something of a genius. I don’t know if I’ve seen anybody else’s work that captures a certain time, place and spirt of Blighty as much as his did. I must admit I’m quite excited about a soon to come exhibition of his work at The National Media Museum in Bradford.

Anyway, back in course: some of the photographs in Once A Year have a genuinely eery or unsettlingly macabre air. Particularly the cover photograph, of burning tar barrel carrying in Allendale, Northumberland. The Wicker Man come to life indeed; it presents a sense of a world that feels fascinatingly separate to mainstream contemporary society and mores (then or now).

An electronic ether pathway or two you might like to peruse:
Simon Norfolk’s We English blog post on Once A Year.
Café Royal Books limited edition edited reprint of Once A Year.
Homer Sykes Once A Year page on his site.
Tony Ray-Jones at Lens Culture.