File under: Trails and Influences. Other Pathways. Case #36/52.

A piece of writing that I have returned to a fair number of times on the way and leading up to this year in the country is Bob Stanley’s introduction to the reprint of David Pinner’s Ritual.

Ritual is the book that was in part the inspiration for what became The Wickerman… it’s story of a puritanical policeman outsider coming to investigate a murder, references to the old ways and associated rituals can be quite easily linked forward to what became it’s now much more well-known celluloid semi-offspring.

For years the book remained obscure, out of print and fetched rather large sums of money but it was relatively recently re-released by Finders Keepers Records, which includes the aforementioned introduction, A Note On Ritual.

I’m not quite sure why the introduction has intrigued me so and has caused me to return to and delve through it on repeated occasions.

In part it is maybe because it’s one of those times where the introduction makes me not sure if I want/need to read the whole book.

The introduction opens with a sense of how nature can come to almost dwarf you, how our sense of urban/modern security can easily be dismissed by the ways and whiles of nature (cue visions of the alone-ness, at the mercy of powers, forces and whims far removed from on/off switches, taps and swooshes that wandering through such landscapes can sometimes bring about).

It seems to capture and conjure up the stories and atmosphere of the novel, to summon up a sense of the potential wildness of rural life/ways and to almost exist as a thing unto itself, separate from the following pages; it is an overview of/background to a very particular, small slice of literature which dealt with and in pastoral otherlyness. 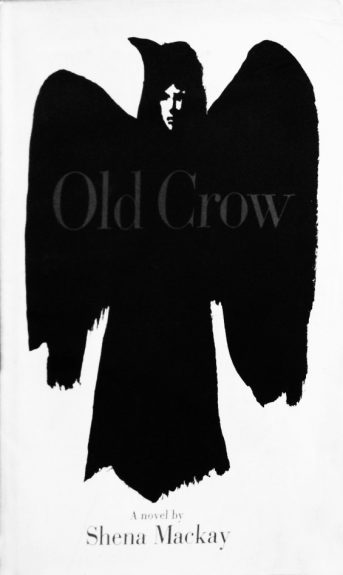 Also, it was this introduction which lead me to that other tale of village flipsides, Shena Mackays Old Crow. Though not a particularly rare book, the available copies of the version where the artwork does the story and its subject justice seem comparatively few and far between. The image to the left is one of those particular copies. A lovely, if unsettling silhouette.

Mr Bob Stanley seems to have a good eye and ear for collecting/commenting/dispensing musical work, whether it be Keeler-esque gatherings of songs for soho shenanigans, collections of swinging sixties beat gal combos, aural collations of music for a good old cup of tea and symphony or sending early missives for that great semi-lost English lost pub afternoon, British Rail ralliers Earl Brutus out into the world.

Along such lines, his Gather In The Mushrooms compilation of late 1960s/early-mid 1970s acid/psych/underground folk I think is still one of the finest, well, gatherings of such things that I have come across and indeed was one of the sparks in the undergrowth that became this particular conflagration of words and culture that is A Year In The Country. Well worth seeking out indeed.

Read the introduction here (where it can also be purchased) or have a look-see/background read here. 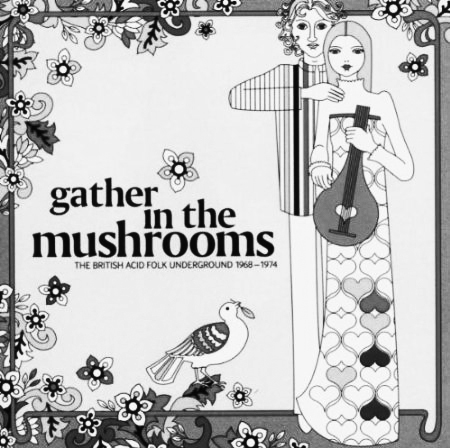 Gather In The Mushrooms here.