In the A Year In The Country: Wandering Through Spectral Fields book I wrote about how there are:

“…a number of books and photography projects which could be seen to document a form of former Soviet Union hauntology; work that often focuses on monuments and remnants of Cold War era striving, dreams and far-reaching projects.”

These include the likes of Jan Kempemaer’s Spomenik where he photographed the abstract, brutalist beauty of war monuments, the almost fantastical design in Christopher Herwig’s Bus Stops (now in its second volume), the lost future technology of Danila Tkachenko’s Restricted Areas and the crumbling infrastructure of Rebecca Litchfield’s Soviet Ghosts.

The list of those books seems to keep growing over the years, with Designed in the USSR 1950-1989 being loosely connected to them. 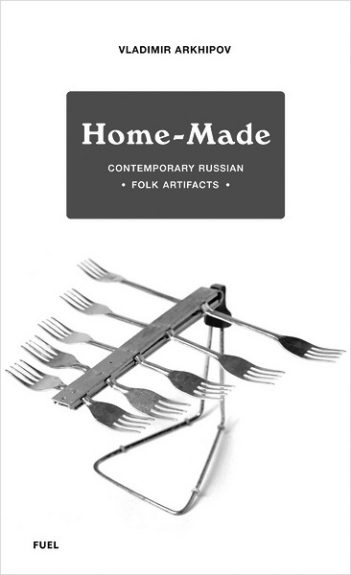 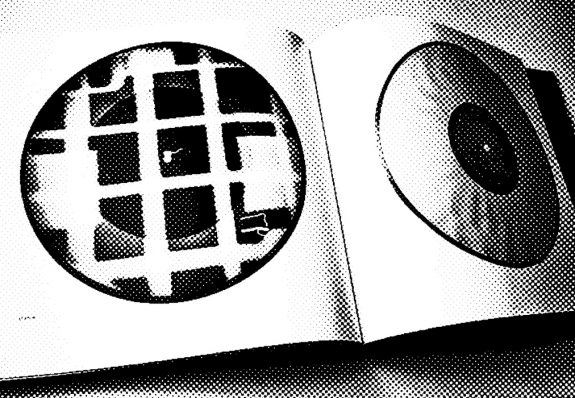 Rather than being a photographic book/project by one particular person, this book collects images of over 350 products from the Moscow Design Museum, which is “an institution dedicated to the preservation of Russia’s design heritage.” In this sense it is possibly nearer to the book Home-Made: Contemporary Russian Folk Artifacts, wherein often handcrafted utilitarian objects – such as a television antenna made from domestic forks – gain an almost outsider/folk art aspect or possibly X-Ray Audio: The Strange Story of Soviet Music on the Bone, which collected images of bootleg music albums pressed onto x-ray film during the Cold War.

In Designed in the USSR’s foreword it is noted that there is a common preconception that Soviet era design and consumer goods were generally of a poor (or at least lesser than the West’s) quality. This book in part sets out to challenge that idea and includes some stunning and intriguingly designed objects.

Viewed now many of these objects have an almost hipster-esque, eminently collectible quality. Some look as though they have tumbled from an imaginary science fiction past – which could well be one way of describing the grand Soviet era philosophy and social project.

Anyways, I thought I would collect together some of the images and objects that I found the most eye-catching: 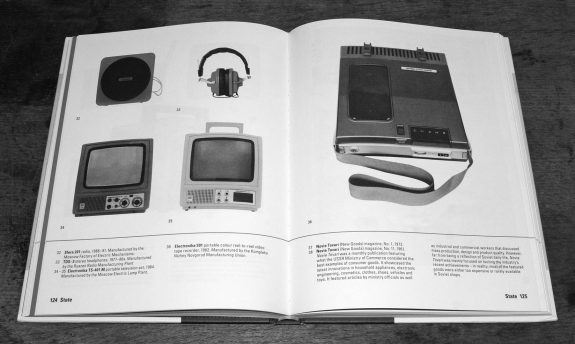 Some of Soviet era design was a deliberate copy of Western goods, which were sometimes literally reverse engineered and then reproduced with available processes and technology.

I’m not sure if that’s the case with the above radio, headphones and portable video recorder, although they do seem to reflect Western design to quite a degree. Viewed now, particularly the radio and headphones (top left), they put me in mind of contemporary Western products which have been designed to have a fashionable retro aspect to them. 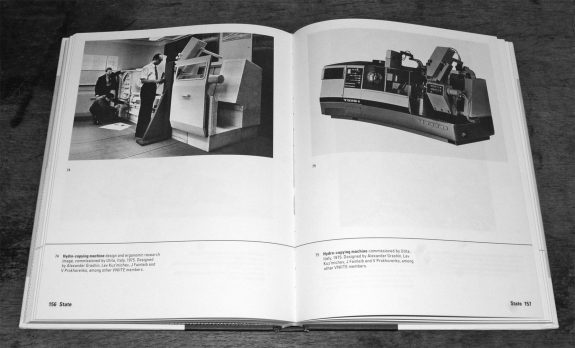 The above device is described in the book as a “hydro copying machine” and I assume it was some form of document copier, although that is not made clear in the book nor can I easily find information about it online.

If that was its function, it looks enormous and complex compared to today’s technology and in terms of its design and size seems nearer to say the IBM 1401 computer which was manufactured from the late 1950s onwards.

Interestingly in the Soviet Union photocopiers were kept under strict lock and key until the late 1980s, forty years after being made available for sale, as their ability to copy subversive material was considered a threat to national security. In the USSR photocopiers would have non-tamperable counters, documents needed to be checked by officials before they could be copied, records kept of what was copied and each copier had to be kept in its own locked secured headquarters. 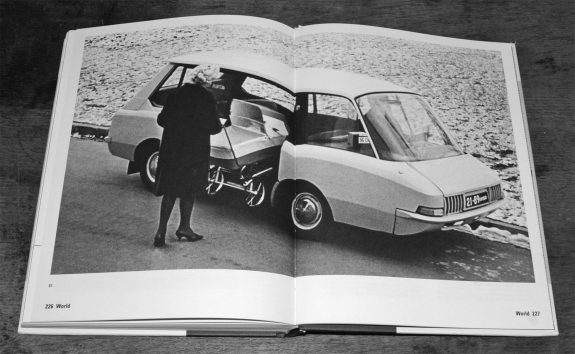 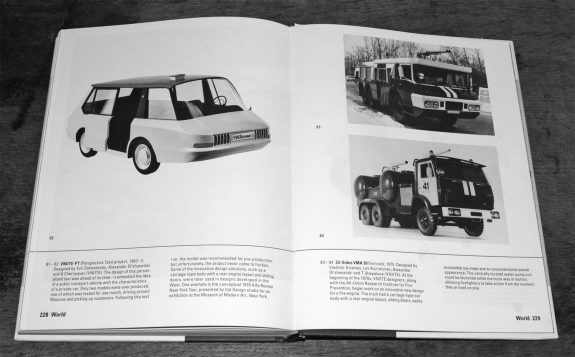 Again the design of the above car (a form of taxi with a central door for ease of access) has a retro futuristic look, while the fire engines on the right appear in terms of their design as though they should have been created for a 1960s or so science fiction film, say Farenheit 451, rather than have had a real world use. 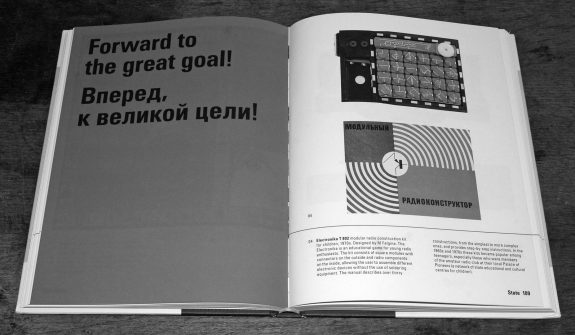 While the above kit for building a modular radio could well be the kind of modern-day small-scale niche electronic/synth kit that you might find in the likes of Electronic Sound magazine. 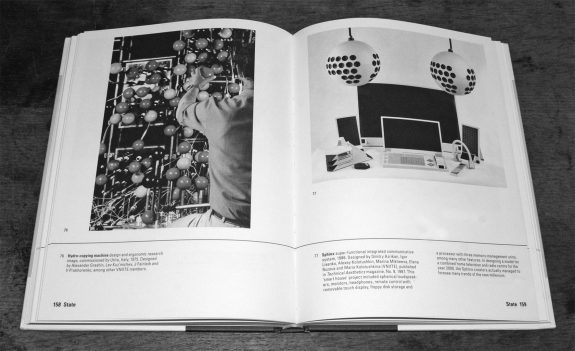 To the left are a further image of the hydro copying machine and an “ergonomic design research” image – I’m not quite sure how the two are connected but it makes for an intriguing image.

To the right is a design prototype for a Sphinx; a “super-functional integrated communicative system” from 1986, which included the likes of a removable touchscreen display and stylised speakers and was intended to be a combined television and radio centre for a “smart house” project, which in many ways foresaw and predated much of today’s consumer technology trends. 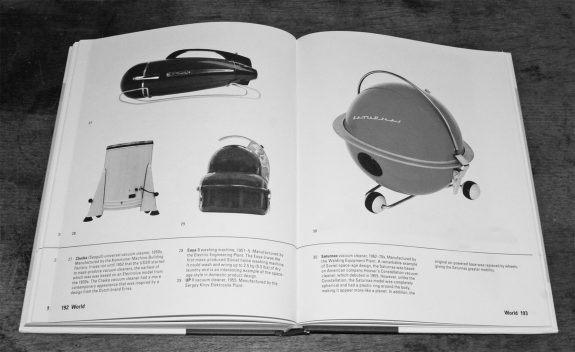 Space age vacuum cleaners – the one on the right inspired by the literal space age, as it took its inspiration from Sputnik, which was the first artificial satellite and was launched by the Soviet Union in 1957.

In terms of design these share a similar aesthetic to American populuxe design from the mid-twentieth century, that took its name from popular and deluxe and had a futuristic and Space Age influenced design aesthetic that was generally optimistic in nature, futurist and technology focused.

In this sense they also connect the cover text which accompanies Francis Spufford’s Red Plenty book:

“The Soviet Union was founded on a fairytale. It was built on 20th-century magic called ‘the planned economy’, which was going to gush forth an abundance of good things that the penny-pinching lands of capitalism could never match. And just for a little while, in the heady years of the late 1950s, the magic seemed to be working. Red Plenty is about that moment in history, and how it came, and how it went away; about the brief era when, under the rash leadership of Nikita Khrushchev, the Soviet Union looked forward to a future of rich communists and envious capitalists, when Moscow would out-glitter Manhattan, every Lada would be better engineered than a Porsche and sputniks would lead the way to the stars.” 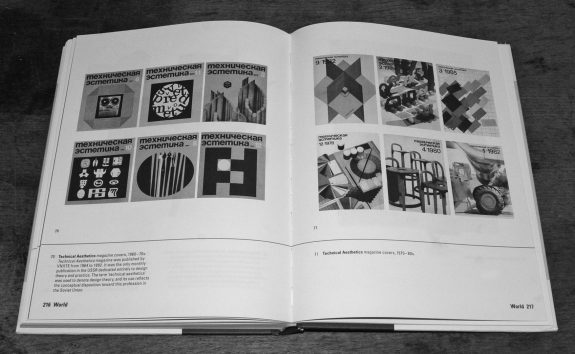 All of which brings me to the covers to the Technical Aesthetics magazine, which would not look out-of-place in the Jonny Trunk compiled book The Music Library, which collected vintage library music album cover art.

Both many of the albums featured in that book and the above magazine covers seem to have an element of being accidental utilitarian art – work created with a functional purpose but which also often had an extra exploratory, creative aspect.