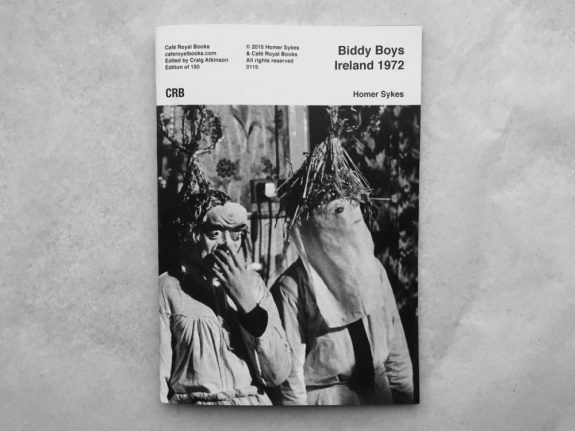 British traditional folk rituals and costumes have been fairly well documented photographically/in books such as Sarah Hannant”s Mummers, Maypoles and Milkmaids, Henry Bourne’s Arcadia Britannica and Homer Sykes Once A Year, all of which I have written about around these parts previously.

However, I hadn’t seen all that much published photography that focused on Ireland…

Recently though I came across more work by Homer Sykes where he photographed folk customs; Biddy Boys Ireland 1972, published by Café Royal Books.

The book is a time capsule view of those involved in the customs and traditions surrounding Saint Brigid’s Day.

One description I found online of those traditions was:

“The Biddy Boys are a group of males who dress up in straw hats and women’s clothes and who go around houses carrying a straw doll or Brideog. They demand entrance to the house and entertain the occupants with music and song and then demand a reward.” 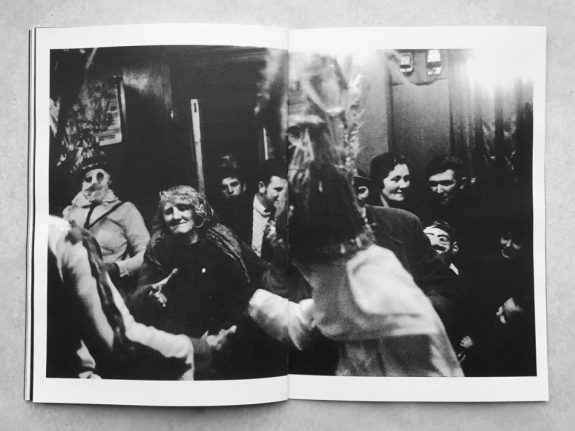 Café Royal are an interesting publisher: founded in 2005, every week they publish a new nicely produced zine like booklet in an ongoing similar format, generally in a limited edition of 150 and monochrome, with each book containing work by one particular photographer.

The books broadly focus on aspects of change within the UK, often reflecting such change by including archival documentary photographs, many of which have not been published before.

Anyways, Homer Sykes’ Once A Year, which is subtitled Some Traditional British Customs, was something of an early point of reference for what became A Year In The Country and his Biddy Boys photographs are an extension, companion or counterpart to those in Once A Year 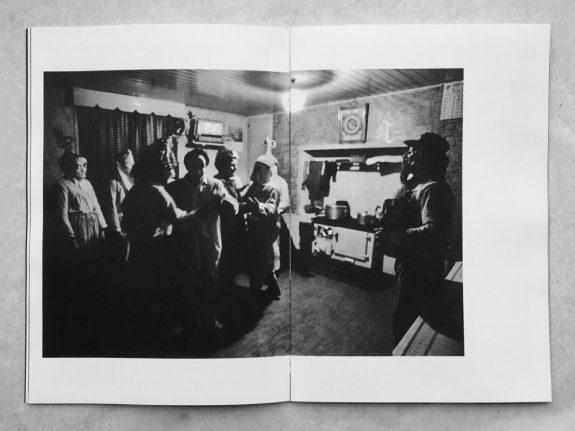 As with his photographs in Once A Year, Homer Sykes’ Biddy Boys photographs are interesting in part because they seem to capture and reflect a place, time and history which though recognisable as being from reasonably recent history, they also seem to be from somewhere almost impossibly distant from our own times.

And to my eye the costumes in the photographs are genuinely quite odd. 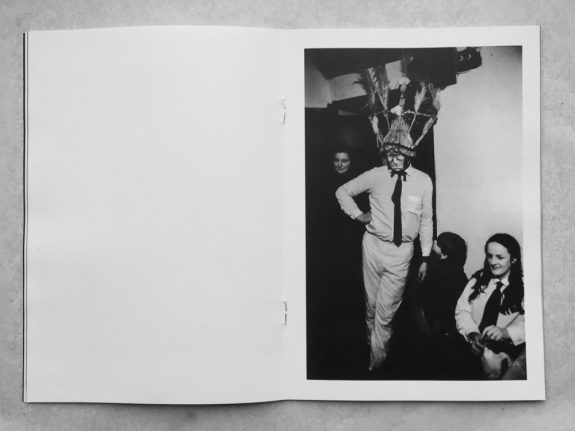 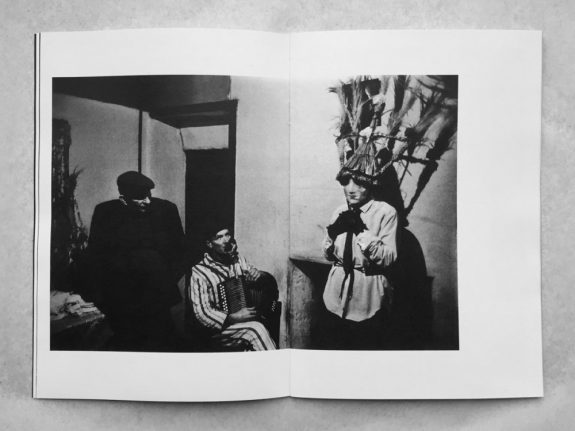 That may be partly because sometimes as time passes what was quite normal, in terms of local celebrations and traditions, can gain some kinds of layers of otherlyness… but even so, some of these images seem to have a genuinely unsettling air to them.

And again, I don’t know if it is the cultural associations that have come to be connected with some folk culture over time but some of the masks worn in the photographs seem as though they should belong in a darker strand of 1970s science fiction/fantasy television, saying Sapphire & Steel or Doctor Who when they tipped over more that way and/or folk horror from back when. 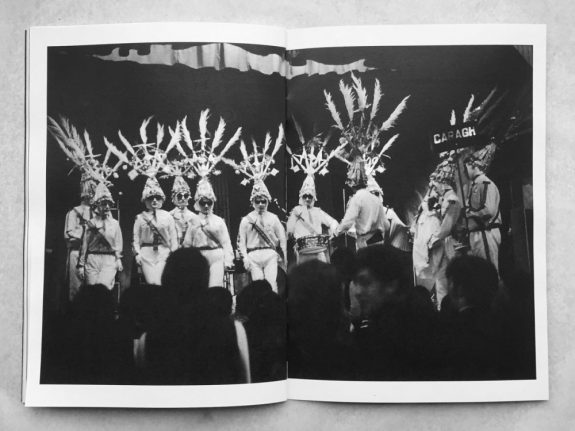 While the photograph above seems as though Devo/some new wave band had somehow crossed beams and time paths with local folk customs (curiously, looking it up Devo did actually form around a similar time as the photographs were taken).

Anyways, Biddy Boys is out of print, as is often the way with the Café Royal editions and it does not seem to have been added to their Archive section yet but you can still view a selection of images from it via the links below at their CRB: Notes blog which accompanies their main site:

PS At the time of writing Café Royal have sold out of copies but Homer Sykes still has some signed copies available from himself. You can contact him via his website and at his Photoshelter site.