In Part 1 of this post (which can be read here) I wrote about three novels – Adrian McKinty’s In The Morning I’ll Be Gone, Clare Carson’s Orkney Twilight and David Peace’s GB84 – all of which to varying degrees explore sometimes semi-hidden or semi-forgotten history from around 1983-1985, the time of the Miner’s Strike in Britain, the Cold War and the Troubles in Ireland, with a large portion of their stories taking part in rural and/or remote isolated rural areas. 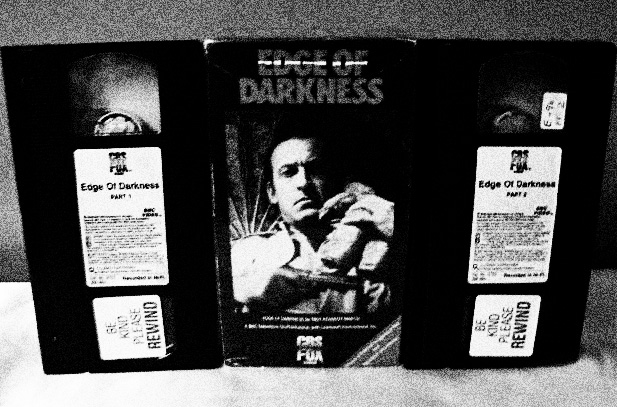 This series was a mixture of crime drama and political thriller that revolved around the efforts of policeman Ronald Craven to unravel the truth behind the murder of his daughter Emma. Craven’s investigations soon lead him into a shadowed ambiguous world of trade union, government, and corporate cover-ups, fringe political activism, collusion and nuclear espionage, setting him against dark forces that threaten the future of life on Earth.

The series was a success both critically, winning a number of awards, with it gaining 4 million viewers when it was first broadcast on BBC 2, which traditionally gains fewer viewers than BBC 1 and 8 million viewers when it was rebroadcast on BBC 1 just a month and a half or so later – repeat showings so quickly were rare at the time, with this taking place in this instance because of the buzz and positive response that the show had received.

One of the (many) standout aspects of the series is that it is both very entertaining drama, while also being inherently a form of both investigative and exploratory culture (something which could be also said of GB84 and in a more investigative than exploratory manner also Orkney Twilight and In The Morning I’ll Be Gone).

It also shares further similarities with GB84 in that it could be seen as a form of occult or hidden history northern noir,  with both being set in considerable part in the Northern county of Yorkshire (the Miner’s Strike which GB84 focuses on began there) and to a degree utilise some of the tropes and aesthetics of crime/thriller fiction, albeit in a non-conventional manner.

(David Peace has used the phrase “occult history” to describe GB84, saying that he uses “the word ‘occult’ to mean hidden – but also as a play on the more grotesque aspects of the word”).

As Edge of Darkness was produced and broadcast during or just after those turbulent times it was not so much an exploration of hidden history but rather could be seen as an attempt to explore, reveal or counterbalance hidden events, the hidden state and the actions of those in power whose actions appeared to express that they felt outside the laws, regulations and norms of the nation. 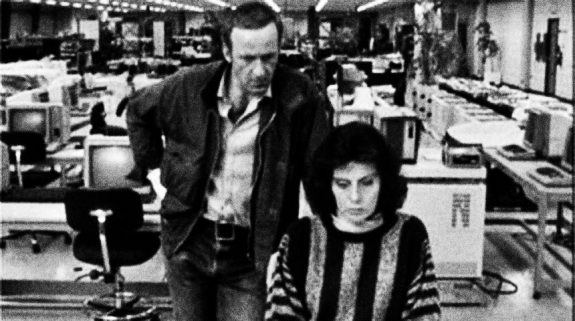 As with In The Morning I’ll Be Gone, Orkney Twilight and GB84, much of the series is set rurally, at times in subterranean systems and complexes literally hidden beneath the land.

And as in those novels, in this series those areas seem to be at a remove from accepted civilisation and democratic/accountable practices; unobserved or unobservable hinterlands that allow for the unhindered carrying out of the protagonists’ aims and schemes.

Writer Troy Kennedy Martin was influenced by the political climate of the time, which was dominated by the right/neo-liberal leaning Thatcher government, the aura of secrecy surrounding the nuclear industry and by the implications of the Gaia hypothesis of environmentalist James Lovelock – which proposes that living organisms interact with their inorganic surroundings on Earth to form a synergistic and self-regulating, complex system that helps to maintain and perpetuate the conditions for life on the planet.

These elements were combined within a drama that mingled real world concerns with mythic and mystical elements and as with GB84 there is a sense of dark forces at play which if not supernatural may be preternatural and beyond the realms of the day-to-day world. 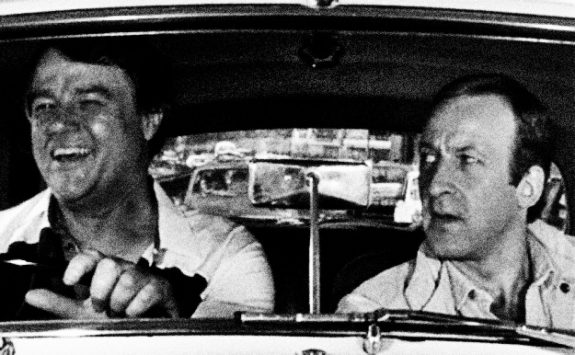 Intriguingly originally these elements were to be expressed in the series’ ending in an overtly fantastical manner, with Ronald Craven turning into a tree, although apparently this was vetoed by the cast and crew.

Although that ending was not filmed, when I rewatched the series, towards the end it still does seem to descend into some kind of madness and maelstrom. Partly that could be seen as a reflection of Detective Craven’s own personal mental fraying and obsession in his quest and the subterfuge, chaos and corruption of the activities he has been investigating but it may also be a slight reflection or glimmer of the more surreal unreality of the original ending and possibly a sense of the disintegration of the “normal” world as those just mentioned dark, preternatural forces take hold.

Elsewhere at A Year In The Country:
Week #37/52: Edge Of Darkness, stepping into the vortex, reshuffling and sweeping the board…
Wanderings, Explorations and Signposts 7/52: In The Morning I’ll Be Gone, Orkney Twilight, GB84 and Edge of Darkness – Hinterland Tales Of Myths, Dark Forces and Hidden Histories – Part 1