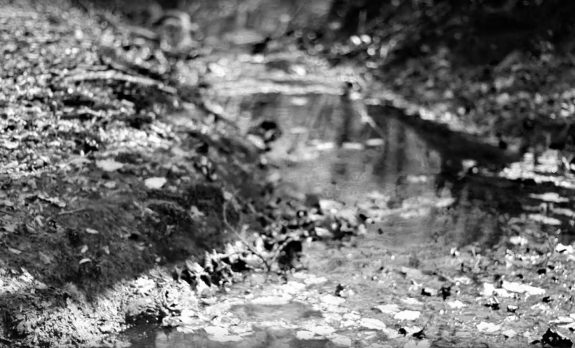 Great Monk Wood to Baldwins Pond Pt1 is the first track from Mark Williamson’s Spaceship album A Prospect Of Loughton Brook, which has been released by Forged River Recordings.

“The music on this album was composed using extensive field recordings from Loughton Brook, a small stream in Epping Forest. Following the stream’s course from its source near Wake Valley Ponds to its confluence with the River Roding.”

The link below is for the short film that accompanies the track. 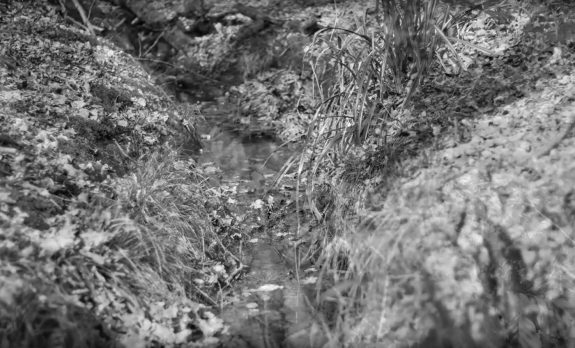 Together they create a space to drift off into, five or so minutes when the hustle and bustle of day-to-day life go away for just a moment or two.

The music is formed from a lilting collage of field recordings, accompanied by a simple, minimal piano refrain. The atmosphere it creates put me in mind of Virginia Astley’s From Gardens Where We Feel Secure, the looping calm, uplift and yet quiet plaintiveness of 1/1 from Brian Eno’s Ambient 1 – Music For Airports album and possibly a hint of Harold Budd. 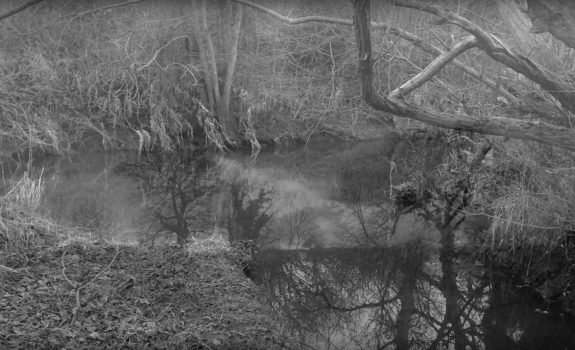 The film contains a gently changing and fading into one another set of photographs which are largely of forests, trees and landscapes, which I assume follows one of the paths the field recordings were made. 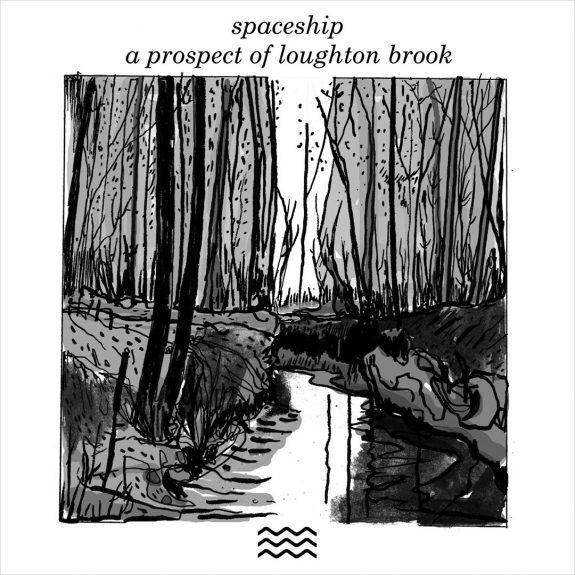 There is a relatively brief appearance of more urban and man-made areas, which in the overall context of the beauty and escape of the more nature based images feels almost violently jarring, which I suppose may well reflect the reality of such things and related contrasts in environment.