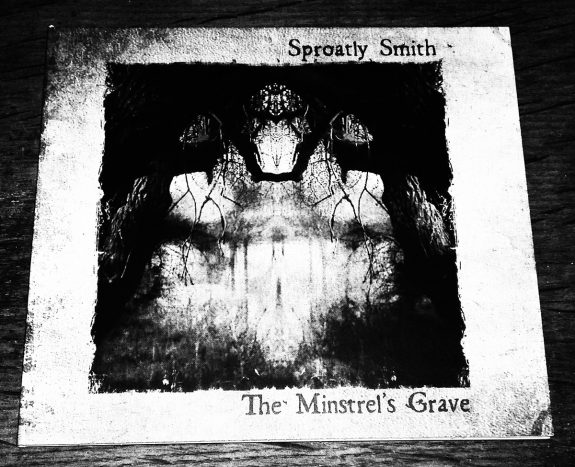 Now, I know little about Sproatly Smith. It’s another case where I don’t really want or need to, the music they create exists in a land unto itself for me and reading all kinds of interviews and the like may well just disturb such things… sometimes you need to tread gently.

I think looking back when I came across some of their songs I started to realise that I was on the right track towards… well, towards something that would become A Year In The Country.

If I had to describe the music they create I would probably say, well, something along the lines of “spiralling pastoral acid folklore tinged music” (is this a new genre name?) and they have been described by fRoots magazine as “The mystery flagship band of the new wave of weirdlore”…

For a while there didn’t seem to be any photos of them at all wandering around the ether. Now there are a few. I still don’t know all that much about them but I don’t really mind…

(It’s curious how things have gone from a time in my youth where I could wait and hope for months or longer to see one photograph of a band/artist etc or a tiny article in the print media, maybe never seeing any at all to a time when I sometimes enjoy and hanker scarcity, obscurity and knowing little about such things in amongst the easy deluge of information which abounds in modern times… be careful what you wish for and all that…).

In terms of how their music has wandering out into the world… Some of their albums have been put out in hand finished/sewn limited editions by Reverb Worship. Some by the now sadly departed Folk Police Recordings. The most recent has been put out by themselves via good old ferrous tape and its digital accompaniment…

…and there was a split 7″ with The Woodbine & Ivy band on Static Caravan where they both covered Gently Johnny in a particularly fine manner (something I’ve briefly mentioned before and may do again). 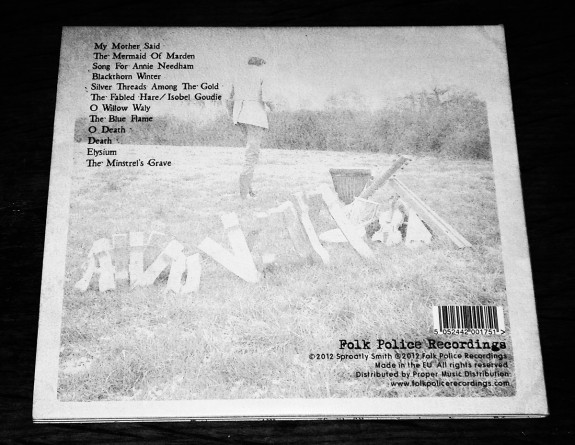 On the Minstrels Grave album, I seem to have often revisited two songs in particular: Blackthorn Winter which seems to manage to be shimmeringly stark, dark and beautiful all at once. I’m a-listening to it as I type and my hair is stood on end… and The Blue Flame, which is gentler but still… well, I don’t know if I have come across the music of any other group of musicians while on my journey towards and through A Year In The Country which quietly builds into a vision of pastoral otherlyness to such a degree.

Or to quote myself quoting The Gaping Silence their songs can be “like something from the Wicker Man, if the Wicker Man had been a 1960s children’s TV series about time travel” (see Day #85/365: Weirdlore: Notes From The Folk Underground and legendary lost focal points…).

PS As a final point, I’ve just noticed that one of the songs on the album is a version of O Willow Waly, as heard in the film The Innocents. It’s strange how you can listen to/look at something so many times before your mind makes connections. Now, that is a song which I no doubt shall be considering at some point in the future around about these parts…