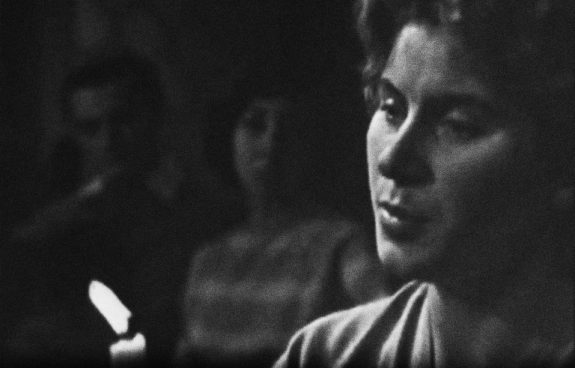 …they’ve called it a “Teaser” and it is that indeed, it makes me most curious about the finished film.

One of the things I thought after watching it was how much the trailer reflects the way that Shirley Collins and her work now seem to be intertwined and connect with the modern day tropes, themes and interests in what could variously be called underground, neo or wyrd folk, folk horror and a sort of Arcanic Britannia. 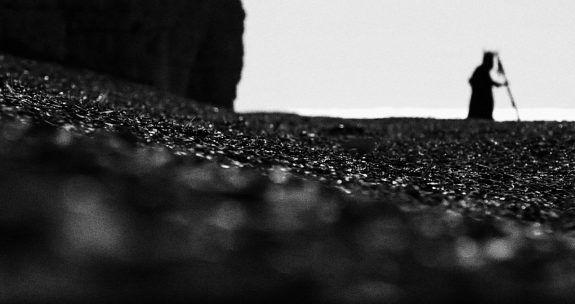 In particular this is the case with what I assume are images, sequences and characters within the trailer created by Nick Abrahams (who created similar work for her contemporary Death And The Lady video) which are of a folk horror-esque or otherly folkloric nature. 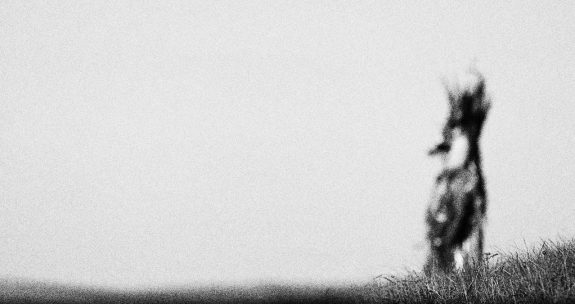 This positioning amongst such strands of folk is also made quite implicit by naming Shirley Collins as “The High Queene Of English Folk” in the trailer, with its connotations of an almost occult, arcane take on such things.

The definitions, phrases and cultural strands wyrd folk, folk horror and the like which I just mentioned did not overtly exist or at least had not been specifically named as such when Shirley Collins was performing and recording in earlier decades.

However, looking back at her recording of say the traditional folk song Poor Murdered Woman (as featured on her 1971 album No Roses and the Bob Stanley curated compilation Early Morning Hush – Notes From The UK Folk Underground 1969-1976), although it was inspired by true events, listening to it today with its dark unsettling tone it could well be seen as a pointer or harbinger for the darker elements of folk and folk horror. 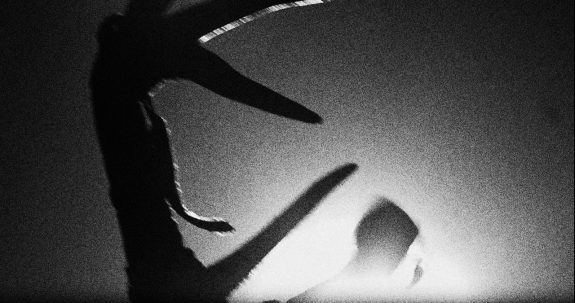 Moving towards such strands and areas within and around Shirley Collins’ work may also be connected back to David Tibet of Current 93’s championing of it for a number of years and his releasing a compilation of her 1960s and 1970s recordings called Fountain Of Snow back in 1992.

Such neo folk could also be seen as a further forebear for contemporary interest in wyrd folk and related folk horror-esque music.

Those post-industrial strands of experimental music also include Nurse With Wound and Coil, which while musically different and not necessarily folk orientated, has been described and connected as being “England’s Hidden Reverse” by David Keenan, in the title of his book of the same name in which he writes about their work. 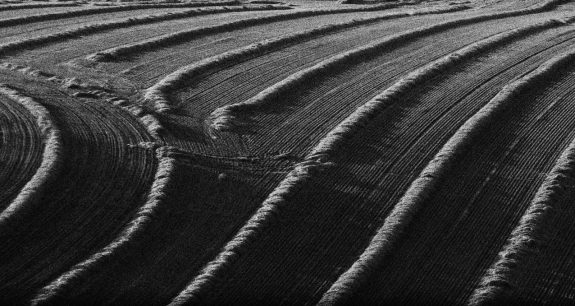 That title creates and captures a sense of the hidden, flipside, underlying strands and patterns of culture which their work often seems to reflect and explore – which connects back to the likes of wyrd folk and its exploration of similar areas and undercurrents within a more pastoral, landscape and rural based context.

Alongside the connection to David Tibet, such strands are further connected with Shirley Collins’ recent work due to Stephen Thrower and Ossian Brown performing on her new album, both of whom have worked with Coil.

They currently work together as Cyclobe and their releases mix and combine aspects of folk or traditional music and instruments amongst other elements including drone, audio collage, soundscaping and electronic instrumentation within an experimental or exploratory context. 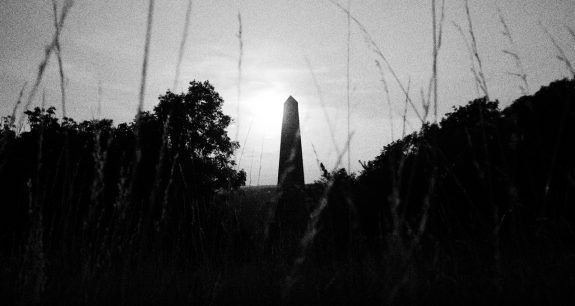 In a further intertwining of the underground, darker, flipside and undercurrents of folk related culture, Ossian Brown compiled a book released in 2010 called Haunted Air which collects found photographs of Halloween from previous eras.

The images in Haunted Air, despite them having originally been family snapshots etc, over time have often gained a genuinely unsettling, otherly air. 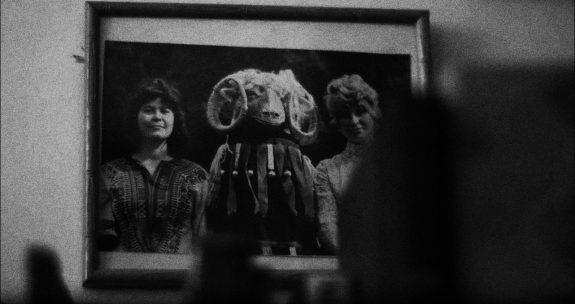 Such a gathering and layering of the uncanny over time is also present within The Ballad Of Shirley Collins trailer; at one point a framed photograph is shown of Shirley Collins and her sister Dolly stood either side of what I think is somebody in a traditional folkloric ram’s head costume…

Once upon a time, although possessing a certain inherently odd or eery aspect due to its intrinsic nature, this may well have been a more standard, typical example of folklore costume.

However, in the overall context of the trailer and the above cultural points of connection it now seems to belong to considerably more shadowed, unsettled furrows.

ATV Guide:
The Ballad Of Shirley Collins trailer and accompanying words at Fire Records.
At the film’s website.
At Youtube.