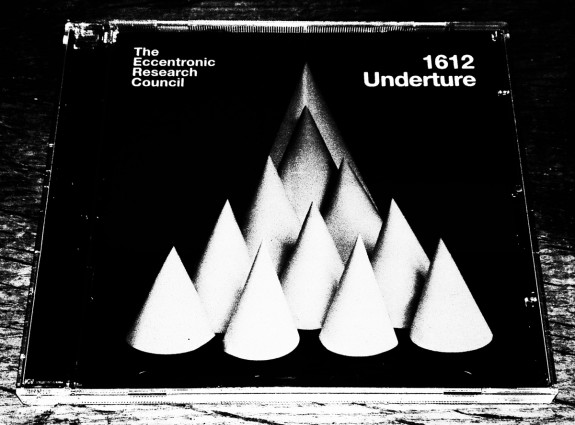 File under: Trails and Influences.
Other Pathways. Case #32/52.

I seem to have been a-listening to Adrian Flanagan and collaborators work in one form or another for a fair few years now… from a slew of seven inches under the moniker Kings Have Long Arms through to The Eccentronic Research Council in more recent times.

Around these parts I’m not going to go overly into the themes of their 1612 Underture album overly; the album tells that story. Suffice to say this is a “one part political commentary and feminist manifesto and two parts theatrical fakeloric sound poem” which takes as its subject matter the persecution of the Pendle Witches in the early 17th century…

…and along the way it draws more than a few analogies with modern-day times; moral panics, folk devils and economic/political goings on and shenanigans then and now.

All wrapped up a kind of warm, woozy, analogue (?) synthesized Northern Electronic take on hauntological folk music, primarily voiced by a certain Ms Maxine Peake. An “electronic Smithsonian Folkways record” brought into being after a trip or two to Bardwells accompanied by the Twins Of Evil (mildly obscure but hopefully relevant musical history reference point).

If memory serves correctly, their 1612 Underture album was purchased by my good self on the day it first came out… but for some reasons I’ve only recently fully watched the accompanying short film by Klunklick… and it’s a fine piece of work.

Rather slickly done on an (I assume) shoestring and handful of pennies budget. It’s funny, moving, quite lovely. Reminded me somewhat of the likes of Chris Marker’s La Jetée in that it’s built up largely from still images (although isn’t all film really?) rather than traditional movement. Although mostly using actual personages, it’s not dissimilar in a way to some kind of semi-animated childrens program that I can’t quite put my finger on from years gone by. You could call it a fumée, to use a posh word; those comic strips that used to be put together using actors or the book adaptations of films that were made up of stills that seemed to be around quite a bit in my younger days…

Anyway, aside from that, one of the reasons that I’m wandering off on a “science factional travelogue” with The ECR is because of a rhyming couplet in their song “Another Witch Is Dead”:

“It’s a middle class vendetta, on women who are better.”

That’s just superb. It’s one of the things that I’ve found stuck in the old bonce the most on the way and during A Year In The Country. I think it’s the best class-related piece of lyricism I’ve heard for a good while. Probably since some other purveyors of sometimes-thinking-persons-pop wandered forth from the once city of steel to tell the class-tourism based story of a girl who would never get it right, ’cause when she was laid in bed at night, if she called her dad he could stop it all (and there was me thinking it was “if you’re cold your dad could stop it all” for all these years, well, you learn something new every day).

It’s nice to hear a bit of politics and consideration of class conflict/power struggles and abuses in a non-hectoring manner, in some (non-populist) pop music.

And Another Witch Is Dead is pop music, unabashedly so. Somewhere in an alternative timeline Legs And Co. are doing an interpretative dance routine to it; the band themselves can’t appear this week as it’s success and sitting comfortably in the Top 10 for a fair few weeks now means that they’re off cutting the ribbons for the opening of a chain of “16th century Holland & Barretts” somewhere in the north country, where “like all beautiful flowers, we need our rain”.

And while we’re talking about magic, spells, more recent occurrences of such things and the like (see Day #205/365) In Eccentronic Research Council’s 1612 Underture album there’s a point where they talk of mobile phone handsets and their uses as being “modern-day magic on a monthly tarrif”.

Which connects with something I seem to ponder a fair bit…

If we talk of previous eras belief systems it may well all be spirits and fairies in the woods, invisible forces and powers that we must appease, there was a small cadre of priests/prophets/enchanters etc who really knew how it all worked/had the ears of/influence on those spirits and powers and so on. All of which is now largely considered balderdash or at least looked on as quaint “sometimes a bit daft” ways of looking and thinking of the world. So now, with our modern-day magic, it works purely logically, it’s all based on science y’kno’…

“Oh it’s programming that operates via silicon chips that are built from these more or less invisible things called molecules that pass around some other more or less invisible things called electrons and then send also more or less invisible messages through the air and so on and so forth. It’s all based on fact and physics, the fundamentals of which nobody really understands but there are some very complicated, arcane theories that only a select few know and they probably do. Well, they say they do. And all the matter that makes up these little boxes and their activities, life and existence in general sprung into existence from nothing a very long time ago. Honestly, that’s what happened.”

How many atoms/angels can you fit on a pin head? 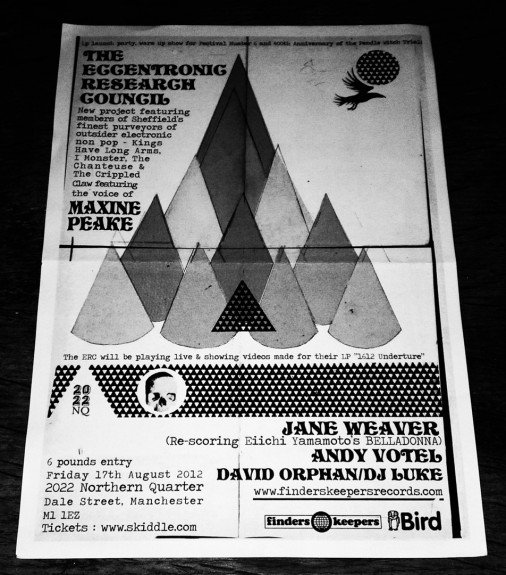 We just accept that these things work. On faith really. They do (generally). It’s an operating and belief system that works (kind of, depending on which particular rung of the ladder you’re stood on or clinging to) for a particular stage of capitalism and human history.

Is it all really any different to previous eras acceptance on faith that a particular ritual offering meant that a particular thing would (hopefully happen). We could be seen to make our own offerings today but it’s just a bit more prosaic seeming in modern times as that offering up is now often in the form of a direct debit…

…but don’t make that offering and see how long the “modern-day magic on a monthly tarriff” keeps working.

In a more secular society we have turned to other things and ways to express our beliefs and in which to look for some of meaning and transcendence in life. Bill Drummond comments in his book The 17 that those who need a lot of music today are quite possibly people who needed a lot religion in the past. There may well be something in that, some kind of continuum between past practises and rather modern ways of thinking and believing.

Kluncklick ECR related flickerings can be found here. They were also responsible for visual interpretations of Jane Weaver’s work amongst fallen watchbirds, which is well worth a watch.

The Eccentronic Research Council have various filing cabinets amongst the ether. Start rummaging amongst the ring binders here, here and here.

1612 Underture was sent out into the world in physical form via Finders Keepers and Bird Records. Find them here.