Something about this particular corner of The Library Of Loss that I find intriguing are the covers of a number of the volumes that stand on the shelves there: they often present images of the village as a rural idyll, tilting towards past times through the use of paintings or illustrations.

Such representations could be taken to reflect a possible hankering after or wishing to restore this set of homesteads to their former standing and their inhabitants to hearth and home.

(It may well also in part be from their being no photographs of the villages when they were lived in (or indeed photography as a technique may not yet have existed or been in widespread use).

With the photographic covers, if only glanced at rather than closely inspected they might well be living, breathing villages or possibly merely isolated rural buildings.

Even the upturned (I assume) conflict training vehicle pictured in one of the Tyneham related covers – see here – could be discarded farming equipment, such as wouldn’t look all that out of place in many rural parts, where many of such things are left to slowly fade away in the landscape and amongst the rolling hills…

Another image of such volumes that I find intriguing is the one below.

I think this could well be filed under Aerial Archeology and it shows the remains of a once gathering of homesteads now as literally but lines in the land: 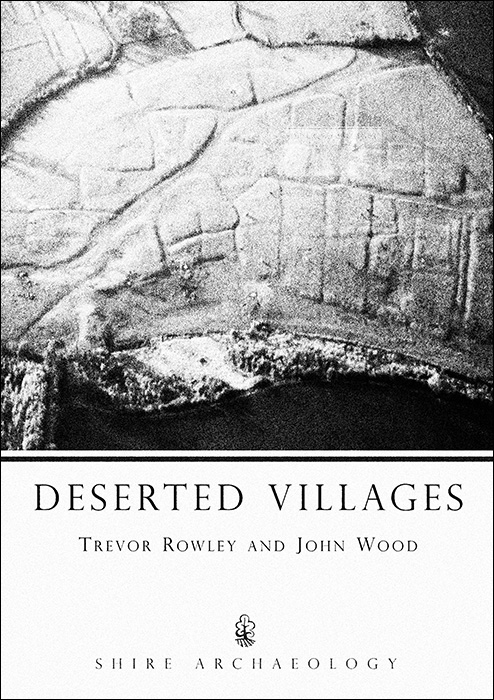 The Quietened Village audiological explorations can be found here.