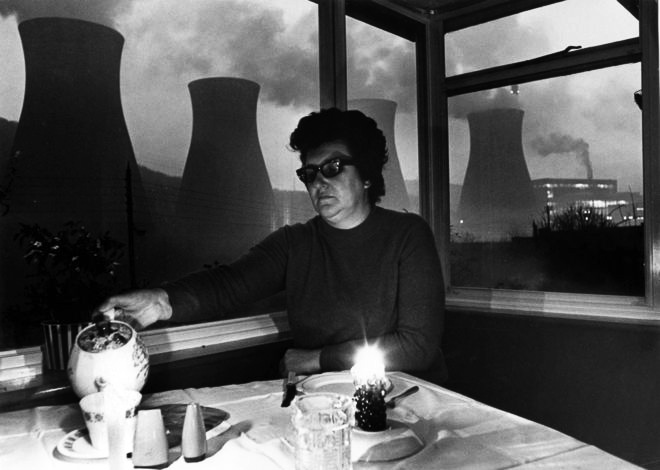 In the Notes and Scribings that accompany A Year In The Country’s recent audiological exploration Fractures – which focuses on the unsettled times of 1973, it is noted that television broadcasts and the like from then:

“…now can seem to belong to a time far removed and distant from our own; the past not just as a foreign country but almost as a parallel universe that is difficult to imagine as once being our own lands and world…”

Along which lines, (candle lit) light-catchery from back then.

At the time due to a number of factors (energy shortages/industrial disputes/related attempts to conserve power etc), the UK underwent a number of power blackouts.

My favourite image of such occurrences that I have come across is the one above: it seems to combine a mixture of noir-ish or planning on taking over the world villain-ishness 1960s Watersons-esque beatnik styling, all filtered through day-to-day life (in extraordinary times) and a good cup of tea…

…and that’s before we get to the smoking cooling stacks in the background, which are structures that seem to be both particularly evocative of 1970s grit’n’grime and curiously ubiquitous back when…

I’m curious as well, are these electricity plant cooling stacks? If so, it must have been irksome to have to make and pour your cuppa via candlelight, knowing that just a hundred yards away megawatts were being generated.

I tend to think the lady in question is wearing sunglasses but maybe it is just how the photograph has caught her lenses. If they are sunglasses, they are a curious thing to wear when also spending the evening via candlelight.

Either way, it adds to that just mentioned villain-ishness and beatnik cool.

During such times and blackouts, work had to go on, along which lines…

Why does the above photograph make me think of Broadcast? Maybe it’s something about the striped top styling… 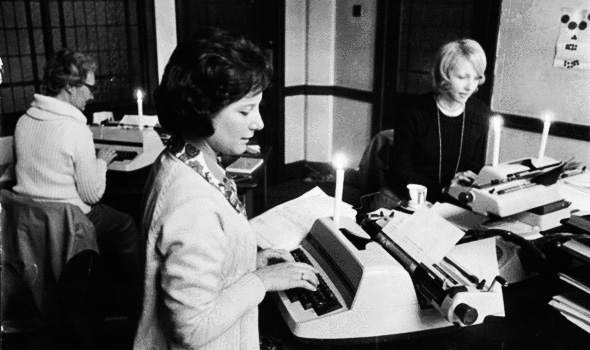 Were two candles atop your typewriter the height of luxury? Cutting edge technology? Considered decadence? Necessary? Show your position in the general hierarchy of things? 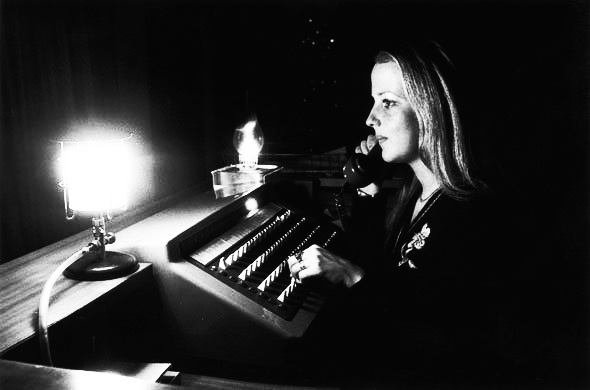 Health and safety would have conniptions etc etc.

In these heavily connected, silently crackling power dependent times, these are images that genuinely seem not just from history but as mentioned earlier, rather it as though they belong to a whole other existence/universe.