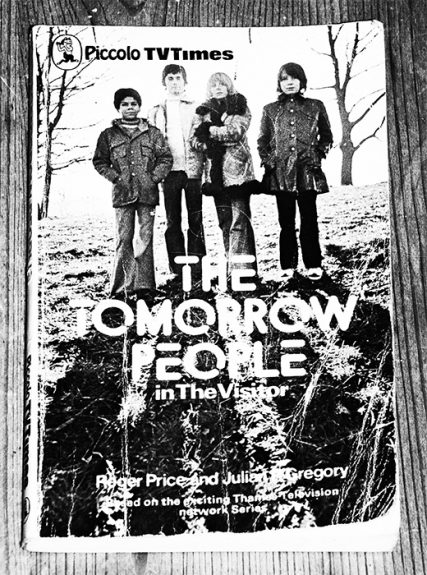 I have a particular fondness for this book – as in the actual artifact and its encasing; it seems to be a pathway to a number of different interrelated reference points, aesthetics and experiences.

The cover image seems to sum up a very particular time in 1970s British life and culture – all flares, parkas and a slightly culturally undernourished feel that seemed so prevalent at a certain time and place.

So, it wasn’t a particularly great surprise to see that it was published in 1973, which seems to be something of a high water mark for such things (as in the around these parts recently mentioned dybukk’s dozen conflagration of such things).

With the book itself, I seemed to have a fondness for this particular binding as there is a sense of it having travelled or quite possibly journeyed through time, of character in amongst the creases and wear.

Which leads me to this particular set of tales cathode ray incarnations and in particular its accompanying commencement sequence.

This is something that even watching it now seems to be able to give me the absolute heebie jeebies, mixed with a curious elation, possibly at the thought of stepping into the unknown or the not quite understood.

I’m not quite sure why it does that.

(As an aside, aesthetically, it seems to be a mixture of the commencement sequence to The Owl Service, The Modern Poets book covers from back when, Mr Julian House’s work tumbling backwards and forwards through time and the audiologica of The Radiophonic Workshop – more of which in the moment – but all filtered somehow through an almost Woolworths-esque take on such things.)

Looking back I don’t think I ever saw all that many of these tales back when they were first sent out into the world – I expect that mine was in part a more Auntie/institutional broadcasting orientated household as opposed to its more rambunctious commercial counterparts.

What I can remember of The Tomorrow People tumbling from the cathode ray box in the corner seems to confuse me even now – a set of images, tales and ideas that were possibly beyond my years and understanding, something added to by only seeing occasional snatches of stories.

One of the defining aspects of what has come to be known as hauntological culture could be said to be the discovery, wish for or awareness of otherly/occult (in the sense of hidden) aspects of late 1960s to late 1970s television transmissions, often focussing on what were once tales destined for mass reception by the young of the nation but which have now become something else or at least in part imbued with other meaning…

…or to quote myself:

“A tendency to see some kind of unsettledness and hidden layers of meaning in Public Information Films, TV idents and a bit too scary/odd for children though that’s who they were aimed at TV programs from the late 1960s to about 1980 (think The Owl Service, Children Of The Stones, The Changes)…” 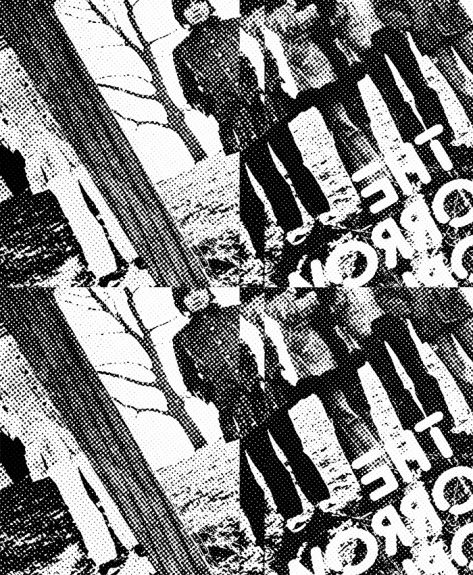 …the audiological aspect that acompanied the commencement of the tales of these tomorrow’s people, for myself, seems almost more hauntologically mediumistic and radiophonic like than the recordings of The Radiophonic Workshop itself.

Perhaps that is in part because of my own personal sense of the tumble and disjointed-ness of the associated tales, which leads me to a sense of misremembering, an act/aspect which could also be said to be a particular pointer or reference point of what has come to be known as hauntological culture…

“A re-imagining and misremembering of… forms of music and culture that seem familiar, comforting, unsettling and not a little eery, ones which are haunted by spectres of its and our cultural past…”

Ah, that may well about sum up my own particular relationship with this particular binding and its accompanying cathode ray commencement sequence.

Other commencements: Day #183/365: Steam engine time and remnants of transmissions before the flood

Hidden layers: Day #162/365: Hauntology, places where society goes to dream, the deletion of spectres and the making of an ungenre

Radiophonic departures: Day #303/365: Towards Tomorrow; a selection of cuttings from The Delian Mode, sonic maps, the corporation’s cubby holes and the life of an audiological explorer…