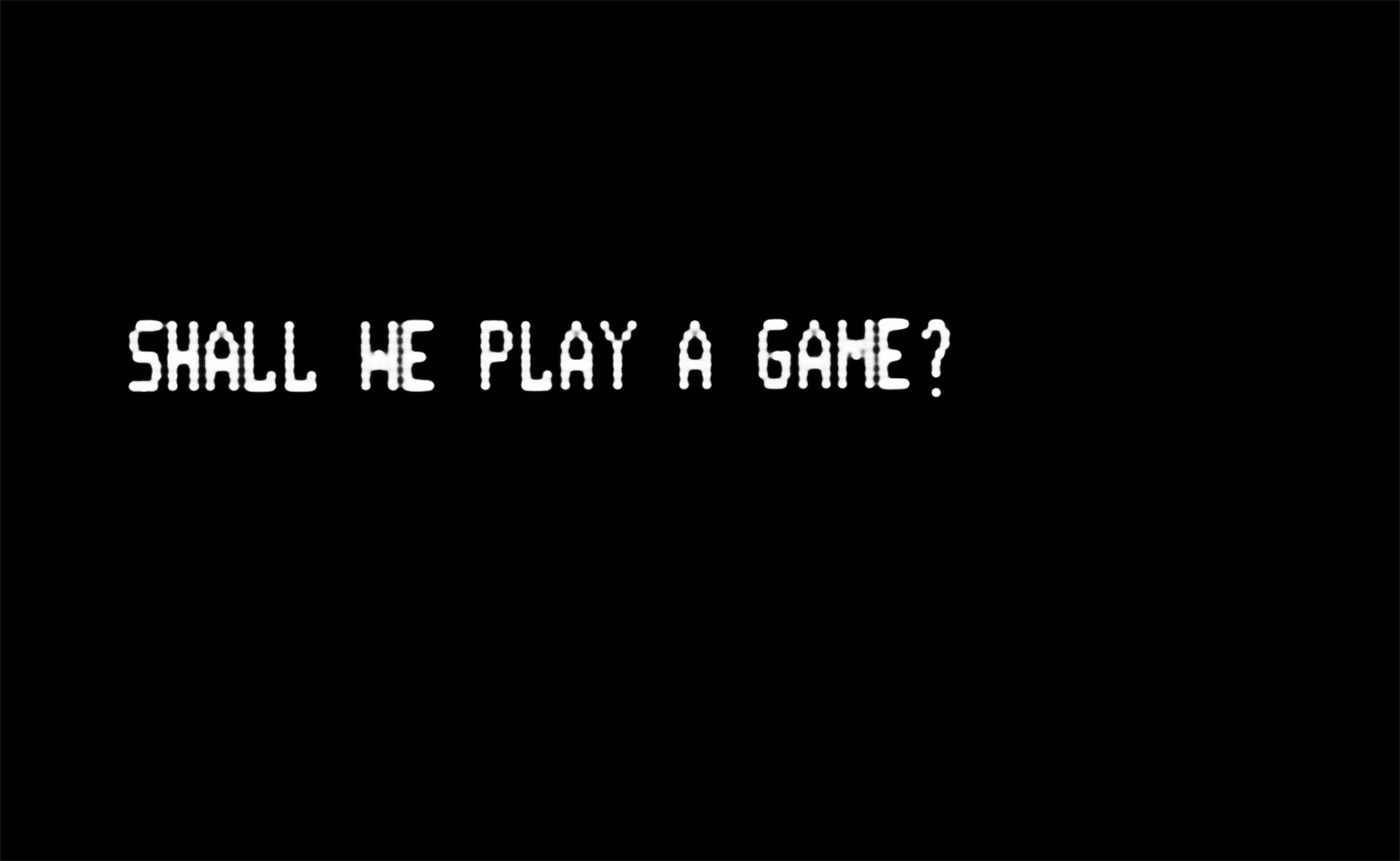 Continuing on from a theme of Cold War / apocalypse dread gone pop (see here), I recently sat down and rewatched Wargames, a 1983 mainstream Hollywood film, which alongside a tendency in the early to mid-eighties for pop music that was themed around such things to do well commercially, this film was placed fifth in that years highest grossing films in the US.

It is a film that I guess was largely aimed at a young adult / teenage audience and it shares some aspects / tropes / archetypes with classic John Hughes teen comedies from around that time but, well, this isn’t so much about being just a geek and an outsider and maybe getting the girl, this is about being a geek and an outsider and getting the girl but to a background of computer hacking and apocalyptic mutually assured destruction superpower conflict. 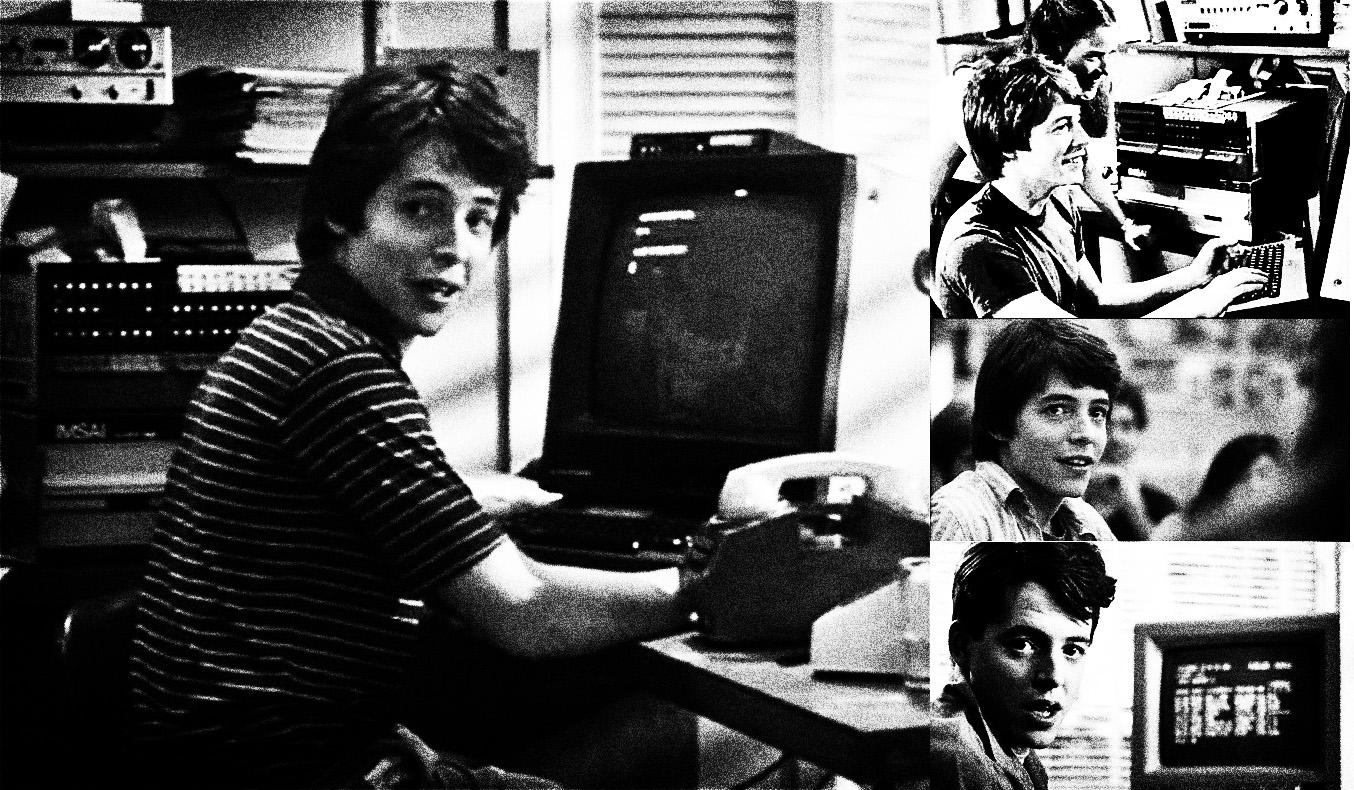 Actually, it doesn’t just share some aspects / tropes with those comedies –  it shares a main actor in Matthew Broderick, who was also the loveable goof-about seize-the-day-er Ferris Bueller.

Both share the same resourceful grown-ups system manipulation skills with computers (one changes his number of absent days on the school computer, the other his grades and almost instigates worldwide destruction and conflict. Comme ci comme ça and more of such things in but a moment).

Wargames is based around a defence computer which is in charge of launching a US attack playing a, well, wargame after the film’s main character hacks into it when looking for a new range of more harmless computer games and asks to play a game with it. The computer can’t distinguish between games or reality and thinks that to win it must literally carry out an attack.

One period curio aspect of the film is the seeming omnipotence of the young hacker, his ability to do more or less anything, to break into anywhere; which ties in with a back then media obsession with such things and the hacker as another example of youthful possible folk devil.

There seems to be an ongoing theme of young adult fiction / films dealing with dystopian and/or apocalyptic scenarios – in contemporary times The Hunger Games does just that, Nicholas Fisk’s books/series such as The Tripods did similar back when.

What is different with Wargames is that this isn’t set against some harmless future fantasy despotism or alien invasion brought down by resourceful teenagers but rather the threat here was very real and present in the world and popular consciousness.

“What you see on those screens up there is a fantasy, a computer enhanced hallucination. Those blips are not real missiles. They’re phantoms.”

In line with those other fictions, Wargames also seems to have as its core a sort of wish fulfilment or empowerment of the teenager as the one who will save the day, who will beat the evil power or who has the right-headed way of looking at things rather than the pigheaded (or sometimes more or less absent) adults.

While this is undoubtably a thoroughly enjoyable and yes, fun, film, even now it’s also rather underlyingly tense, in part due to its presentation and plotting but in large part because of the just mentoned reality of the threat it deals with.

Even now, that is the case but back in 1983 when the Cold War was at one of its peaks?

(As an aside, fun and seriousness don’t have to preclude one another. Entertainment and message/debate are not necessarily mutually exclusive states. Such ways of seeing things are probably part of a cultural reviewing and consideration whereby it can be hard to admit to “worthy” work as also being the f(un) word.) 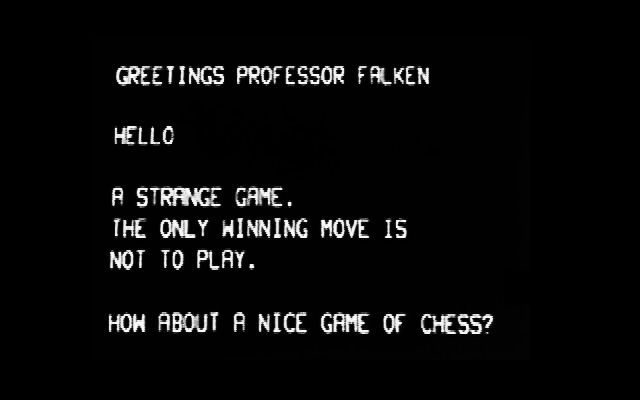 Talking of games… One thing I thought when watching the film is that it is strange to think that many of the instruments, mechanisms and associated infrastructure from the Cold War are still out there.

Or rather that should probably be under there as they are often placed below ground for protective / stealth purposes (as indeed is much of the technology / equipment of War Games – several of its big set pieces and locations are in underground bunkers and control centres).

It is as though the game has been put to one side of the collective consciousness but the pieces haven’t been cleared from the chess board, more the whole thing has been swept under a literal and figurative subterranean covering. Semi-forgotten but not gone.