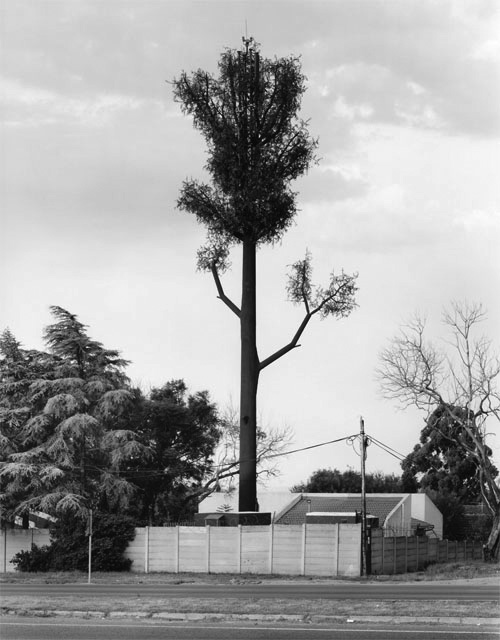 I first came across a particular new simulacra species of trees via Aperture magazine and an article on Robert Voit’s New Trees project.

Mr Voit has spent a number of years using GPS tracking to hone in on mobile phone masts disguised as trees (and sometimes cactuses).

They’re peculiar things. Sometimes with the aid of distance in the photographs they can seem quite convincing, although I expect they’re not especially so close up.

And sometimes quite a bit of design effort seems to have gone into creating a vaguely reasonable facsimile of a tree, whereas at other times they make me think of the military training houses built in the deserted / requisitioned village Imber that the authors of Uncommonly British Days Out described as being like childrens’ drawings of a house (see Week #18/52).

Or actually, what I first thought when I was revisiting them was they looked like the trees built by a future dictatorship that seemed to have taken its design cues from 1980s apocalyptic video-shop science fiction.

A wander around the ether at more of such things also shows how rather than create a whole tree like structure, often it is more as though the masts are peeking out and intertwined amongst them.

They also made me wander about at what point does utilitarian pretty-ing up of things become art? I don’t know. I suppose in part it is more in intent than actualisation. 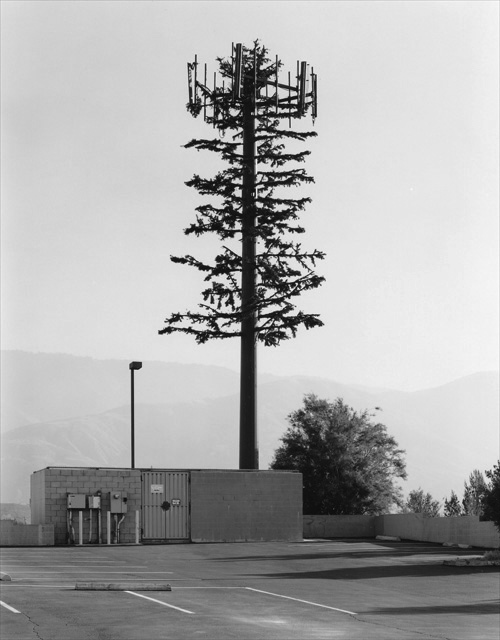 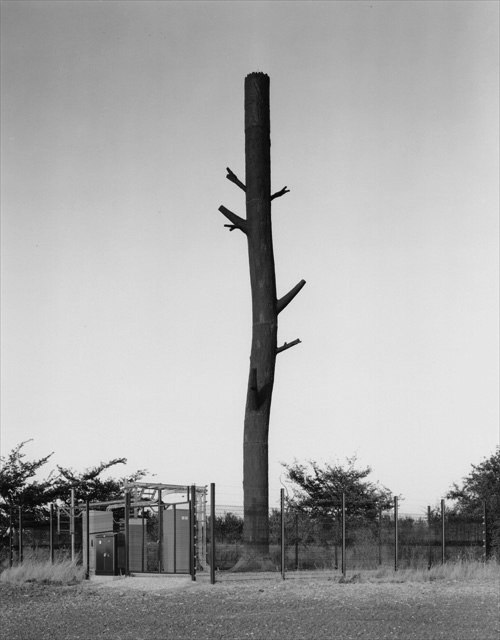 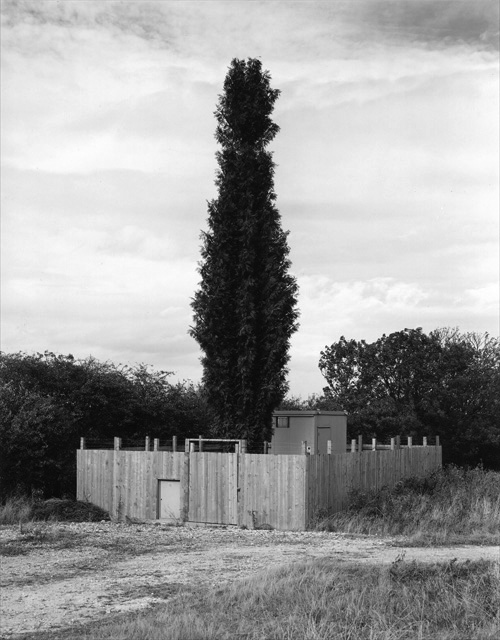 With that in mind, I think it would be fair to file such arboreal simulacra phone masts under accidental utilitarian art – alongside say some telegraph poles, pylons, other broadcast masts, Soviet bus stops and possibly library music.

Along which lines, previous intertwined wanderings around these parts below:

And the Home Made consumer goods to be found at Day #335/365: Folk art – a wandering from these shores to other shores and back again…