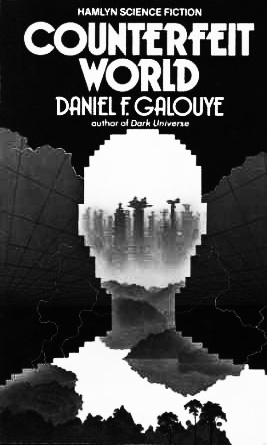 File under: Trails and Influences. Other Pathways.
Case #30/52.

It’s a two-part television program from 1973, based on a book by Daniel F. Galouye (one of the covers for which is one of my favourite pieces of paperback art – a very analogue vision of a digital reality and its pastoral features).

…and interestingly, although it was made in 1973, in contrast to much televisual output from Britain around that time, this is a program which isn’t all muddy coloured grimness. This is a shiny corporate (then) future, one of the lost futures pasts…

A brief overview of the plot: a supercomputer hosts a simulation program, a Simulacron, of a virtual world of human beings who are unaware that their world is not real. The technical director of the program is on the verge of some kind of major breakthrough but dies in peculiar, unexplained circumstances… his successor interacts with a security adviser who disappears without a trace and nobody else seems to know who he is/was, one of the virtual inhabitants commits suicide and reality/virtual reality and it’s inhabitants become intermingled with disastrous and life/freedom/corporate privilege threatening consequences for the program’s director… 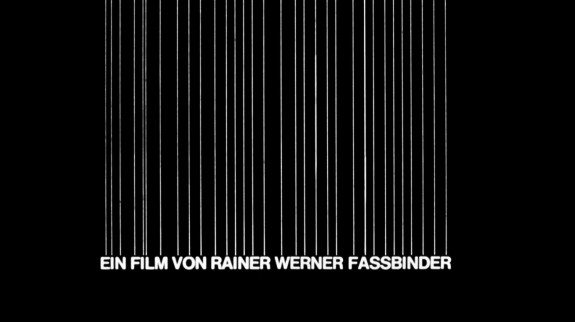 Here are some notes I made as I went along:

1) Has a similar emotional distance/coldness like Cronenberg or Paul Schroeder’s work; the characters are often literally physically still and posed (at least in the first half).

2) It has more than a few similarities to A Dream Of Wessex and its prescient creation of virtual worlds (see Day 26/365) and the use of those worlds to consider possible future problems/needs within society.

3) The characters within the virtual world are called Identity Units – that made me smile and think of current day “social” digital worlds.

4) This is hauntological source material without the grimness – it presents a vision of a lost future that is all shiny corporate beauty.

6) It takes place in a curiously depopulated world – one almost like a computer game/virtual reality simulation where only the main characters have been programmed and given screen time. 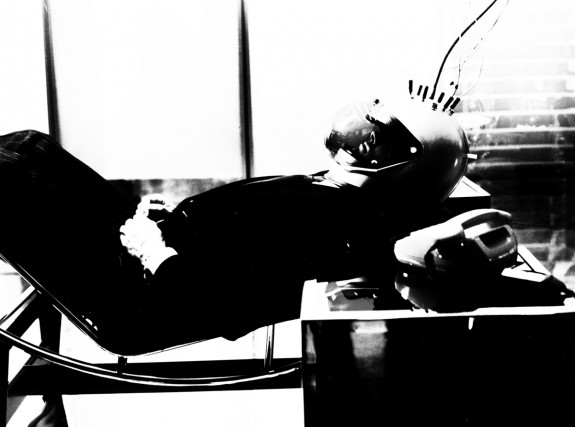 7) It’s also a curiously enclosed world, again at least in the first half – people hardly ever stray from the main corporate building.

8) This is a world drenched in blue and pink light. It’s quite lovely but also quite cold.

10) Dialogue: “I always thought switching minds was a utopian joke.”

11) Dialogue: “Your puppets are dancing again.”

14) Dialogue: “I’m just a bundle of electronic circuits… a projection if you like.”

15) Dialogue: “Think about it, everyday you reign like God over a miniature world you helped to create and which you mistake more and more for a real world. You can add and delete people at will… this leads to feelings of depression, guilt and fear.” 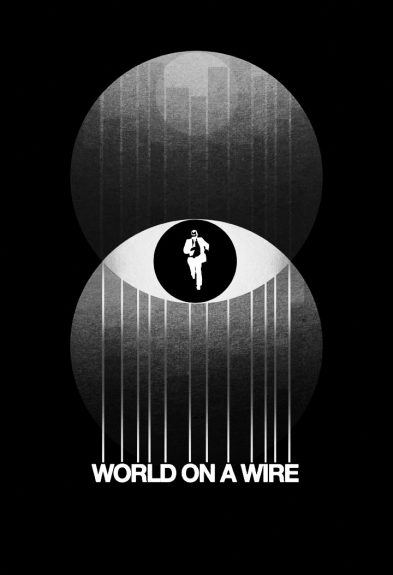 In many ways it’s a program of two halves (literally as it was broadcast in two parts): the first is a vision of a future that is all middle-class corporate exploration and quietly decadent leisure, all presented in a beautiful yet cold,  subtley queasy aesthetic, largely under the cover and security of company buildings and the rewards of affluent domiciles and couplings… then when the gremlins come tumbling from the machine there is a sense of being ejected from this slightly soulless eden out into the wider world (and into a more conventional chase movie in a way)… although here even the forest seems particularly civilised and managed, another corporate perk.