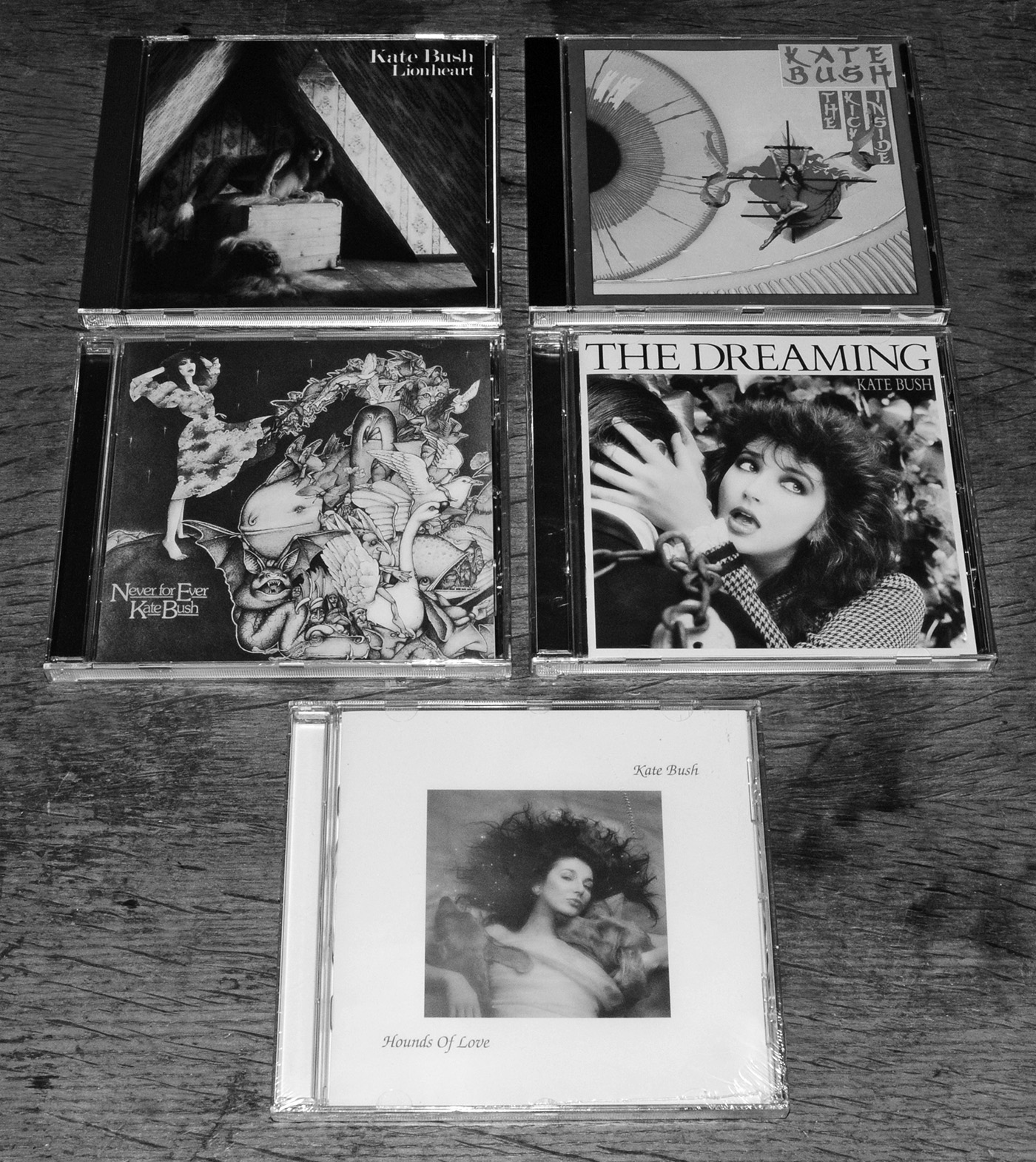 Although I still tend to have a look-see at Kate Bush’s ongoing work, I think for me my main interest is caught in the amber of her first five albums and the surround visual work/imagery.

From The Kick Inside to The Hounds Of Love, they seem to stand unparalleled and on their own and even after all these years I often find myself thinking when I listen to them “Blimey…” (or should that be “wow”) “…this is impressive stuff.”

As I’ve said around these parts before, she seemed to tap into something ancient, some form of underlying archetypes of the British soul, tales, history and land… and it’s hard to quite get your head around those albums having been created by somebody who was relatively so young, they seem like the world of a… well, not much older but maybe timeless soul.

It’s curious as well when you look back at the early more traditional pop style promotion of those albums and their singles: when she was say performing in the prosaic surrounds of a lunch time light entertainment program in the later 1970s she was part of it all but also a space unto herself. 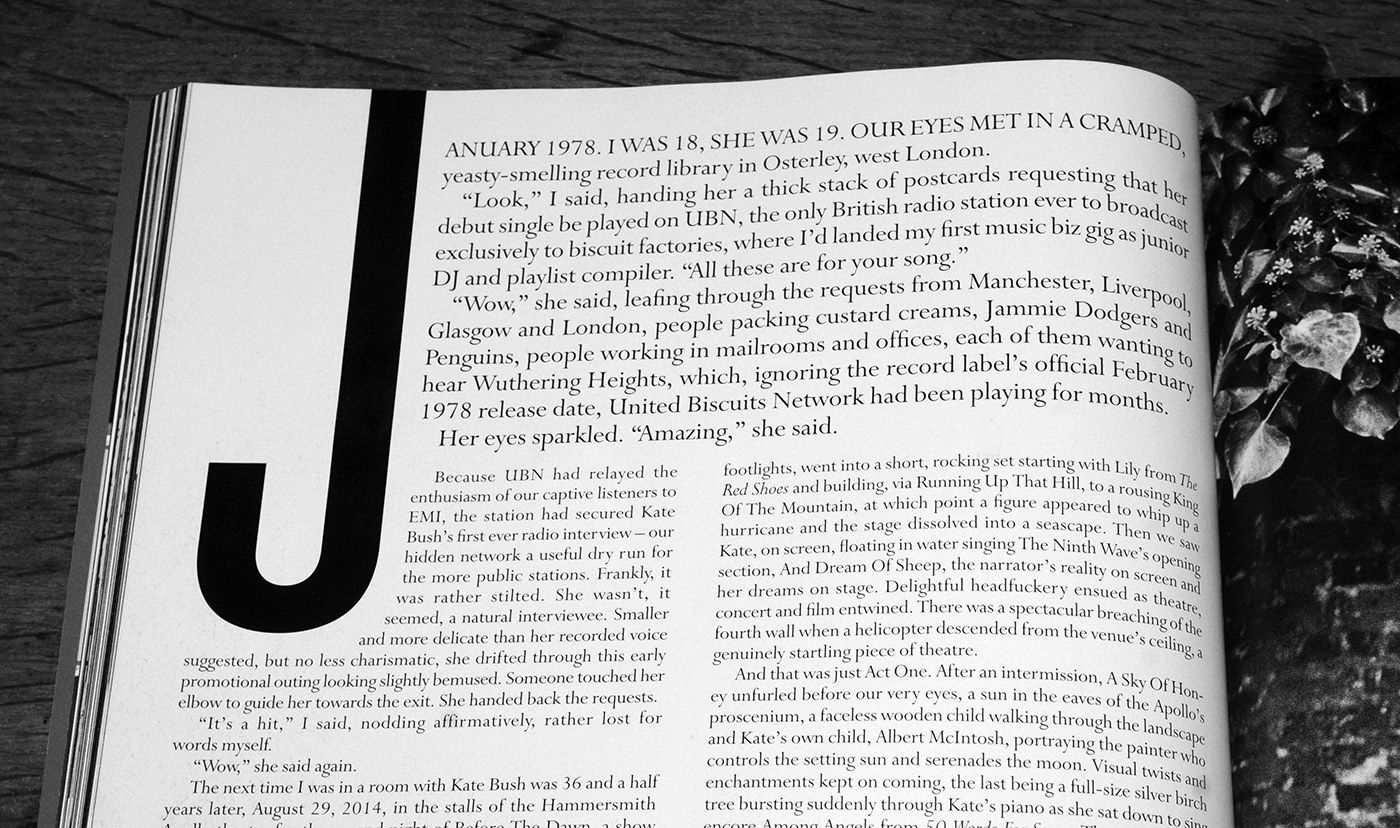 And talking of prosaic settings…

When she recently(ish) appeared on the cover of Mojo magazine, the interview and article was carried out by Jim Irvin, who apparently had also done her first ever radio interview back in 1978.

That interview was for the United Biscuits Network – basically radio broadcasting for the workers in, well, biscuit factories.

The very idea of which seems to conjure up a very far away, distant history.

Trails of bread (biscuit?) crumbs: Day #108/365: Let me grab your soul away – Kate Bush and darkly cinematic flickerings through the meadows, moors and mazes…

Week #3/52: I Still Dream Of Orgonon; A Book Of Dreams, the rarity of argent chains and moments of discovery…

Considerations of ancient souls: Week #36/52: Gone To Earth – “What A Queen Of Fools You Be”, Something Of A Return Wandering And A Landscape Set Free

Elsewhere in the ether:
Biscuits and airwaves.