Generally in rural landscapes what can be thought of as brutalist, utilitarian architecture is restricted to a few very specific areas and locations – there are often a surprising number of industrial complexes of one sort or another scattered throughout the countryside, amongst quarries etc but they are generally sporadic, sometimes hidden away from passers by and roads, sometimes spectacularly imposed and imposing on the landscape.

Now, while I don’t consider the senders / sentinels of broadcast towers as strictly brutalist architecture, as mentioned in earlier notes and scribing they share a similar utilitarian nature and their own structure / accompanying buildings and outgrowths may well share similar materials and aesthetics. 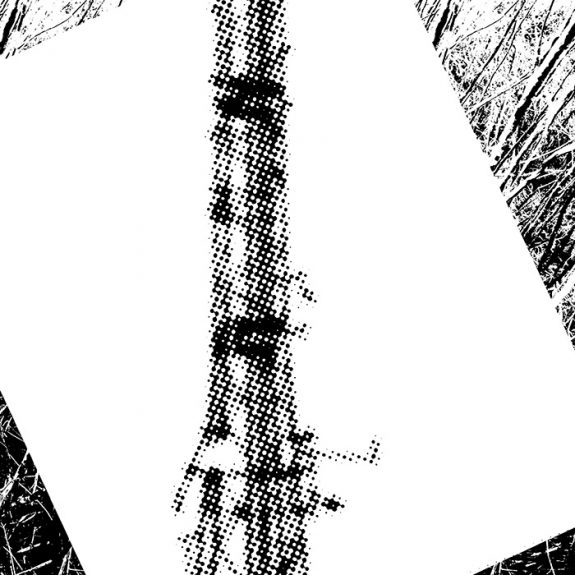 However, I don’t tend to think of such structures as broadcast towers, electricity pylons, telegraph poles and possibly wind power turbines as blots on the beauty of the land; more that they are points of reference, beacons amongst the landscape.

Although more modern (modernistic?) in nature than say dry stone walls and though produced and placed by the hand of man, for myself they share a similar sense of becoming / have become part of the landscape; a sense of bedding in, of belonging, of threading and interweaving through the land (or possibly in the case of pylons that would be more of a march) and/or they stand as do their often forest and tree companions, as gathered or solitary interconnected tendrils and patterning.

The contrasts of the above brings me to a duality of both celebration and sometimes extemporary unease that seems present and at play in amongst my own work, its weavings, channellings and my relationship with the beauty of the land:

“…though drawn in part from the beauty and bounty of the landscape wherein these sentinels stand, seems to often summon unbidden some sense of loss, of the ghosts and fractures of a landscape and psyche that still contains the echoes and fragments of cold conflicts and end of days…” (from previous notes and scribings on Airwaves).