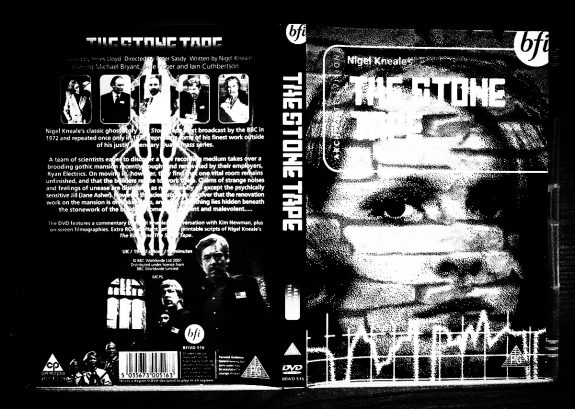 Well, what can I say? The Stone Tape. It was somewhat inevitable that it would be here.

I suspect that if you’re viewing this page then you already know about the film/program but if not here’s a four sentence precis (slight spoiler may follow):

A 1972 TV film/program written by Nigel Kneale which features a group of British scientists holed up in a country house/mansion while they attempt to create a new recording technique (and presciently to take on the Japanese at such things). They discover a possible form of recording which exists within the substance of the house and attempt to study, initiate and capture (?) it. It’s an unsettling number which lodges itself in your mind and is a fine example of television showing a somewhat intelligent and questioning side. Slightly curiously for such things it features future cake supremo Jane Asher. 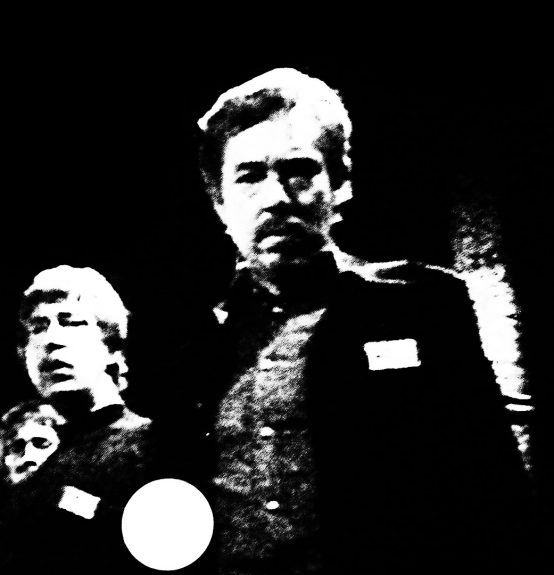 First watched by my good self on a rather fuzzy digital copy, which I think actually quite suited the nature of the film (program) and seemed to heighten the cheap off-colour tape recording of the original.

I took photographs for A Year In The Country for a year. At the end of that year I returned to the small village where I had lived as a child and had found out about the possible end of the world via two brown bakelite boxes (see About for more information on such things) alongside first discovering apocalyptic/dystopian/post-disaster fiction and fact via the Doctor Who Weekly comic, odd speculative science fiction TV programs aimed at children that dealt with food shortages and so on… 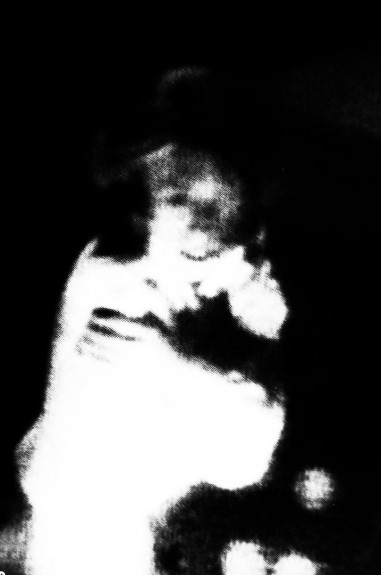 …curiously, on that day The Stone Tape was showing at the pictures in a city that I could easily visit on my return journey. It wasn’t planned that that should happen but it’s funny how life sometimes tells and sends you things.

So I sat in the darkness with my fellow travellers and had my own Cathode Ray Seance courtesy of flickering celluloid. 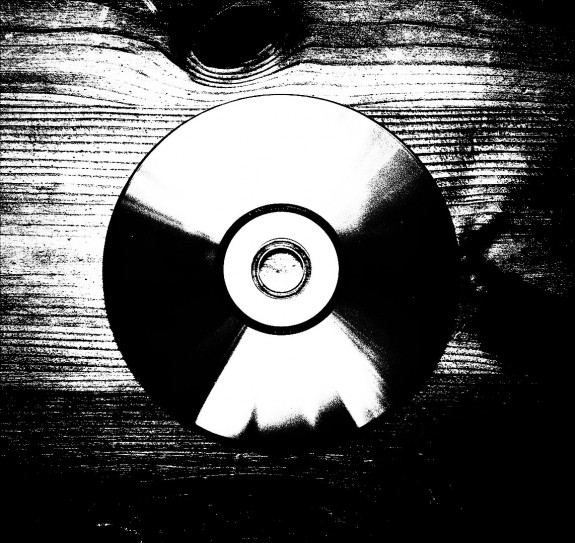 Really I think I should own The Stone Tape on tape. That’s the first time I became aware of it’s existence; I saw it on VHS video cassette in an educational institution library; I never watched that copy but it would consistently jump out at me from the shelves for some reason. Having watched it, I have an inkling why.

It is possible that one day when the new(ish) digital technology of laser read discs will be the old technology they will become the things that people hold dearly to their hearts and may have gained a layer or two of nostalgia and preciousness to their present and future owners: they may well become their own haunted media and to a degree visually this post/page is a reference and nod to that (all the images are from the original BFI DVD release of The Stone Tape). 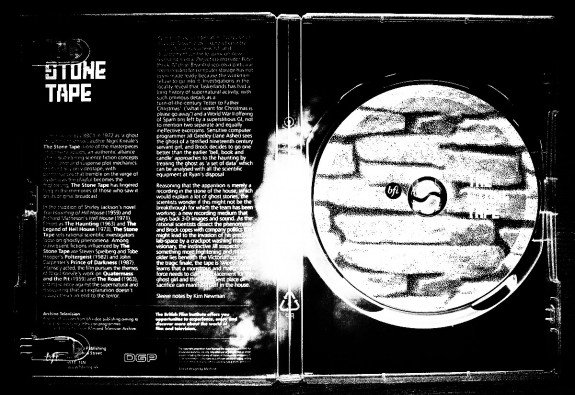 Two other Stone Tape pathways:
Both Steve Collins of The Owl Service and (psychogeographical?) author Iain Sinclair have used Mr Nigel Kneale’s masterpiece to title their own endeavours:

Stone Tape Shuffle, at Boomkat and Test Centre who released it. 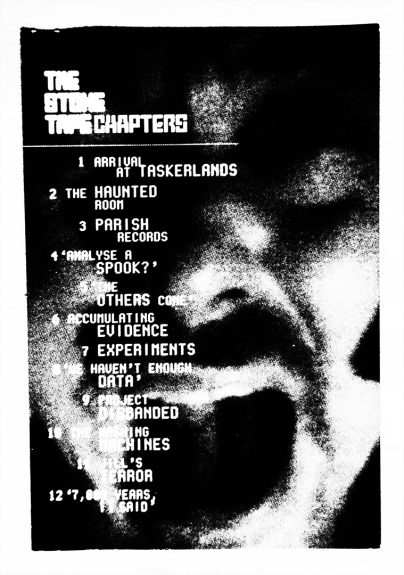