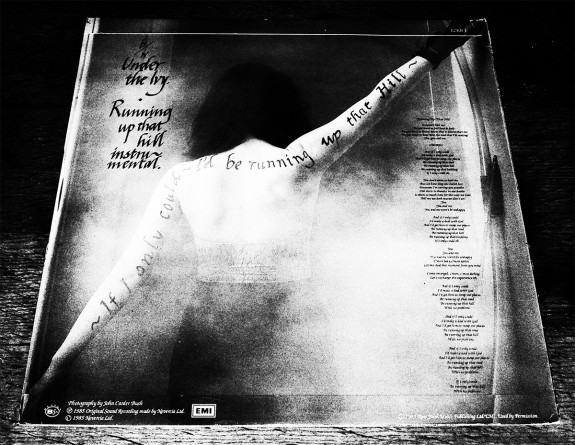 File under:
Trails and Influences: Other Pathways.
Case #9/52.

For a long time I had a fair few vinyl records but a while ago I started to send them off out into the world… but this is one of the few that survived that despatch.

And well, if there is a song which sums up a melancholic yearning for lost secret gardens and once arcadias, it would probably be Kate Bush’s Under The Ivy (maybe accompanied by her England My Lionheart).

…and while we’re on the subject of Kate Bush, when I think back I wander how much somewhere along the line her work laid some of the roots for A Year In The Country and it’s sense of both a bucolic pastoralism but also an unsettled otherly-ness? As in amongst a sometimes dreamlike landscape and world, also can be found such things as… 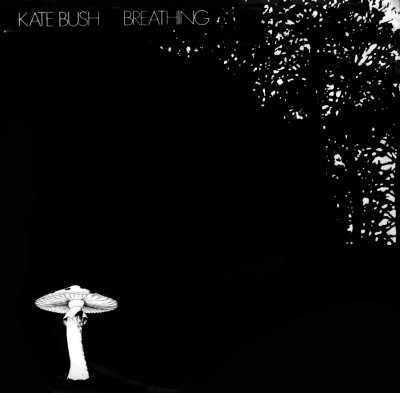 Breathing: A five minute single based around cold-war dread and the maternal passing on of radioactive fallout, which at one point wanders off into a public information broadcast about how to recognise the size of the weapon used in a nuclear explosion/attack?

I think that it’s unlikely such a song would appear in the top 20 today. And as a “pop single” for somebody not yet in their teens to be humming along to? A curiousity indeed (and a mighty fine, intelligent and thought provoking one at that). 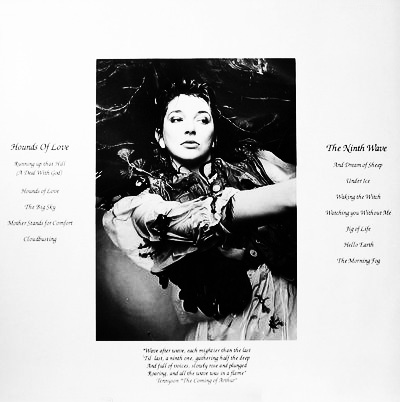 …or The Ninth Wave, the concept-album (?) side of her album The Hounds Of Love; in parts breathtakingly beautiful,  dreams of sheep, traditional folk jigs and a sense of the sun rising over the earth, while it’s actually about somebody in the water, close to drowning and there is a genuinely nightmarish quality to it at certain points.

(One thing I tend to think about The Ninth Wave and the album as a whole is that it’s an astonishingly mature and complete piece of work for somebody who was what, twenty five then?). 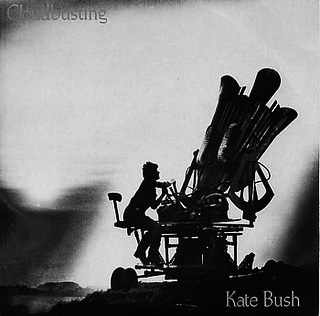 …or the single/video Experiment IV where scientists are asked to “create a sound that kill someone”, which results in the creation/summoning of a malevolent spirit which indeed does that (shades of Nigel Kneales’s The Stone Tape?) and sets about devastating and doing away with the staff of the research establishment which brought it forth…

…or Cloudbusting from the other side of The Hounds of Love album, wherein a maverick inventor out in the countryside creates a steampunk-esque machine which can change the weather and create clouds… who is then hauled off by the authorities while his young child completes his experiment… 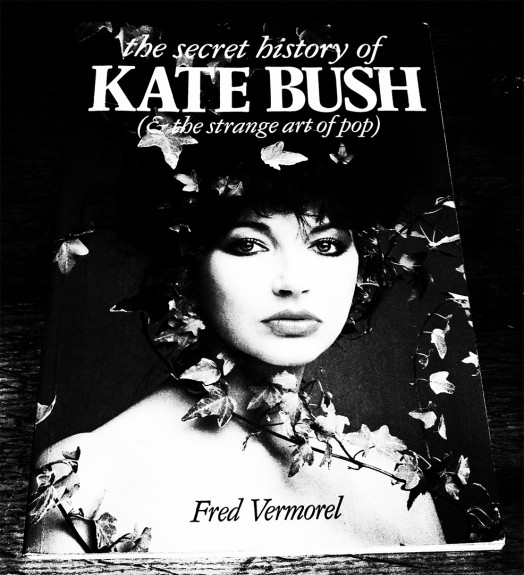 As a final point… on the left is a non-conventional biography on Kate Bush by Fred Vermorel.

Something of a classic cover photograph indeed, which completes some kind of circle back to a sense of secret gardens and arcadias.