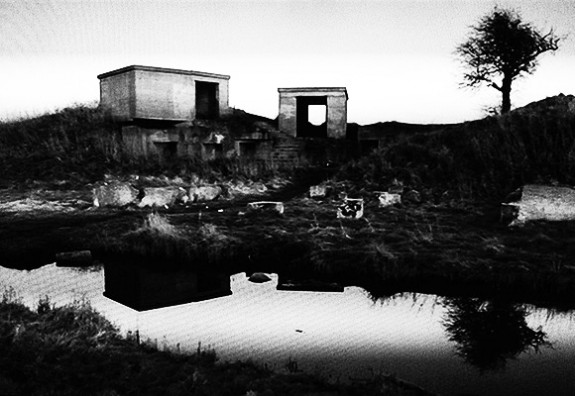 I think for much of my life I’ve been fascinated by what have become known as edgelands, way before I even knew that’s what they have come to be called.

Edgelands, what are they you may ask? It’s a phrase that refers to the edges of towns and cities that are neither urban nor countryside, the undeveloped or developing areas, out-of-town retail areas, the land surrounding power stations, scrublands, wastelands, semi-derelict areas, semi-industrial areas and so forth.

These are often the places where society creates, stores, repairs, discards, forgets about and disposes of the things it physically needs and they are often starkly aesthetically neglected, though in contrast can also become something of a haven for nature and wildlife.

I think in part my experience of the countryside was more such places for much of my childhood, something that Paul Farley and Michael Symmons Roberts talk about in their book Edgelands. Maybe in part because they were as far as it was easy (or allowed) to travel when I didn’t have independent access to motorised transport.

Maybe also because they were/are places I was drawn to: they contain many of societies overlooked and often unsupervised nooks and crannies and so represent an ideal playground when you’re a child.

Even when I did (briefly) live in the actual countryside when I was young, the places I often played in, explored and was fascinated by often had more than a touch of the edgelands to them: building a dam across the river next to an old crystal deposit encrusted  railway tunnel, a concrete military pillbox sat incongruously at the edge of a field (as contemporary war planes flew low overhead, practising avoiding radar detection), an overgrown and more or less abandoned local graveyard where you could scare yourself by moving and peering inside the walls of old monuments…

…a road that had broken up and collapsed down a hillside and where the intrepid could pry the cats-eyes from the remains of the middle of the road (these were reflective glass markings that were used on UK roads)… the craters on hillsides where we would excitedly scavenge rusted machine remains, thinking they were sites where planes had crashed (they may well have been, quite a few planes had crashed around those parts and there was even a semi-mythical map in the local information centre that told you where the sites were)… 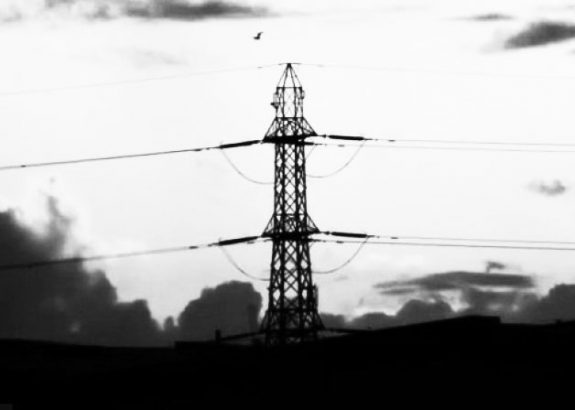 And that’s before we get to playing in actual edgelands, places that could have been real life Public Information Film settings that warned children of the dangers to be found there: playing below humming electricity pylons and tumbling amongst the abandoned fridges and washing machines on a hillside that led down to a river that would change colour depending on what was being pumped into it (see Day #81/365)… 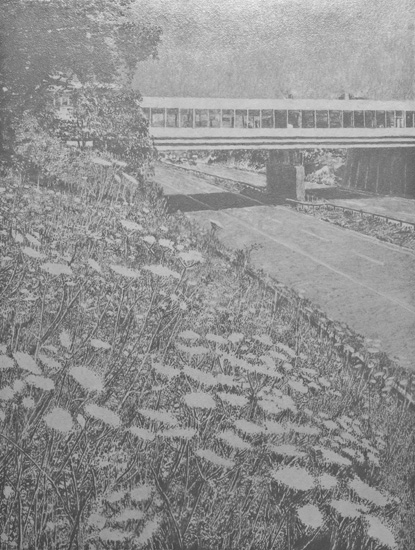 …or the edge of town once airforce base, now camping park complete with can, bottle and possibly spectre filled air raid shelters (see Day #94/365) or in later years wandering on grey Sundays through the local industrial estate, where a coffin factory shared space sandwiched between fields and the main road with a poultry processing establishment, all to the soundtrack of suitably upliftingly depressing music on a borrowed portable cassette player.

So, anyways, it’s been interesting of late discovering that there is a whole body of literature and creative work which has focused on these hinterlands.

…through to the literary, poetic exploration of such things in the aforementioned book by Paul Farley and Michael Symmons Roberts: Edgelands – Journeys Into England’s True Wilderness, wherein the authors collaborate and document their travels, personal memories and connections to these liminal landscapes, taking in along the way childhood dens, container ports, wastelands, ruins, mines and the endpoints for societies automobiles.

…and then onto the Edgeland/The Outer Edges film/music/photography project by Karl Hyde/Kieran Evans (from which most of the photographs on this page are taken) which is in many ways a psychogeographic wandering through what feel like semi-uncharted lands and lives which are overlooked, strewn with debris, a faded, battered beauty, nature and pylons…

…or the roots and origin of the word Edgeland’s via Marion Shoard’s moving, artful Edglands essay (the start of which is below, read the full essay here):

“Britain’s towns and cities do not usually sit cheek by jowl with its countryside, as we often casually assume. Between urban and rural stands a kind of landscape quite different from either. Often vast in area, though hardly noticed, it is characterised by rubbish tips and warehouses, superstores and derelict industrial plant, office parks and gypsy encampments, golf courses, allotments and fragmented, frequently scruffy, farmland. All these heterogeneous elements are arranged in an unruly and often apparently chaotic fashion against a background of unkempt wasteland frequently swathed in riotous growths of colourful plants, both native and exotic. This peculiar landscape is only the latest version of an interfacial rim that has always separated settlements from the countryside to a greater or lesser extent. In our own age, however, this zone has expanded vastly in area, complexity and singularity. Huge numbers of people now spend much of their time living, working or moving within or through it. Yet for most of us, most of the time, this mysterious no man’s land passes unnoticed: in our imaginations, as opposed to our actual lives, it barely exists.

When we think of the land of Britain we think of town and village, countryside and coast. Our image of Kent is still one of towns, wealden or coastal, neatly demarcated from downs, orchards and fields. When we think of Scotland we think of Edinburgh Castle and heather-clad hills. We are, of course, also well aware of the great conurbations. But not of the edgelands.

The apparently unplanned, certainly uncelebrated and largely incomprehensible territory where town and country meet rarely forms the setting for films, books or television shows. As we flash past its seemingly meaningless contours in train, car or bus we somehow fail to register it on our retinas.” 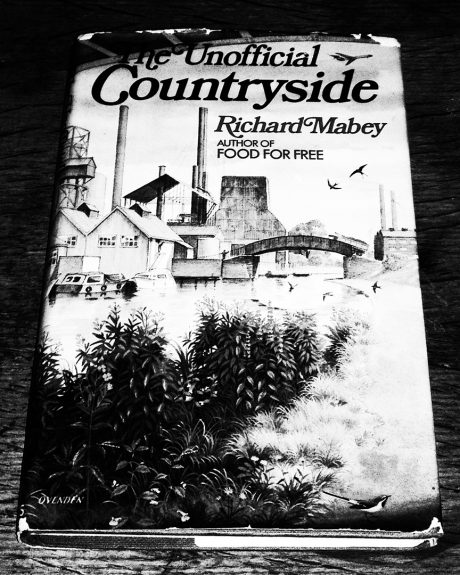 …or back to one of the early documents (celebrations?) of such overlooked, often unloved parts of our world, Richard Mabey’s The Unofficial Countryside book.

That has been relatively recently republished by Little Toller Books and you can view the faded introduction by him of the accompanying film here (the start of which couldn’t be more hauntological friendly if released as part of a Ghost Box Records project with title graphic design by Julian House… see image below).

That particular book was published in 1973, which considering the social/political/economic strife of the UK at that time makes its subject matter of plants and nature creeping and surving through broken concrete, covering bombsites, thriving in cities and the associated sense of neglect and collapse somehow appropriate. 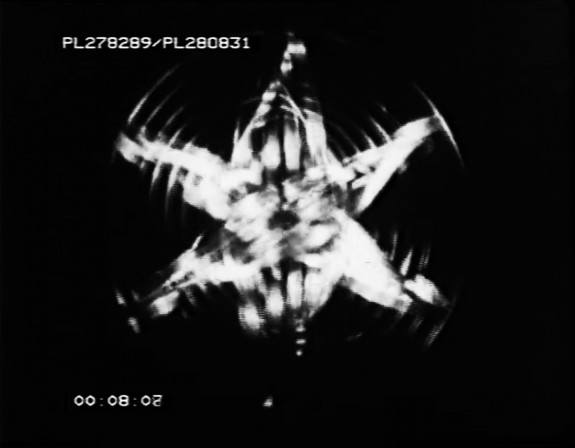 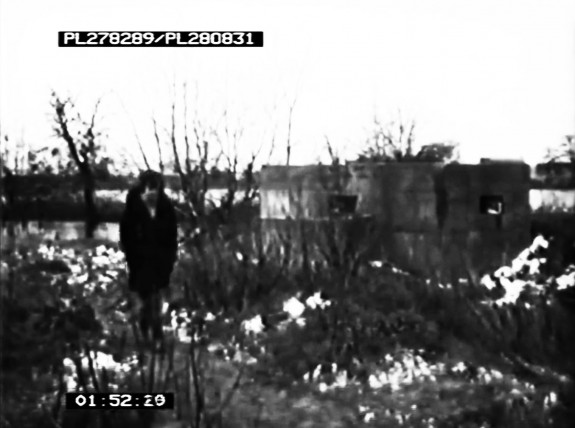