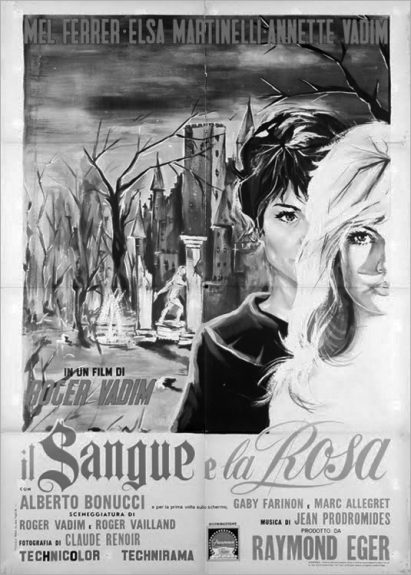 Via one small still in an old-ish film book I recently came across Roger Vadim’s 1960 film Et Mourir De Plaisir (or Blood And Roses to give it its American title).

This is nominally, possibly a vampire movie (I say possibly as there is some debate within the film about the existence of such things ) but it is one that while working with some related themes also transcends that genre and also possibly the films of its time.

In some ways it is a quite straightforward, mainstream-esque, almost period Hammer Horror-esque horror film…

…but there is something else within the film, some other underlying strands of intelligence, exploration and emotional resonance (the latter particularly in terms of its ending). 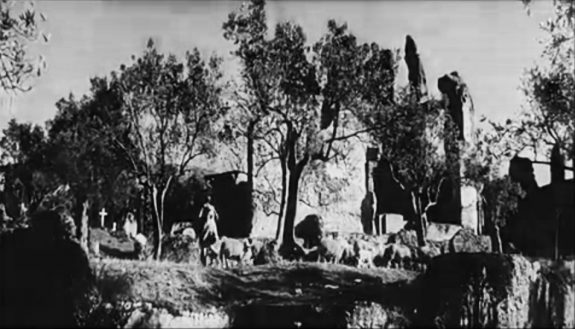 It is a beautiful looking and sumptuous film, with its rich vivid Technicolor palette giving it an almost surreal or hyperreal atmosphere and air, as is often the way with films which used that technique.

…well, then there is the famous (or infamous) dream sequence, which even to eyes used to modern less censored work left my mind and sensibilities reeling for a number of days. I can only imagine how thoroughly shocking it must have seemed at the time. 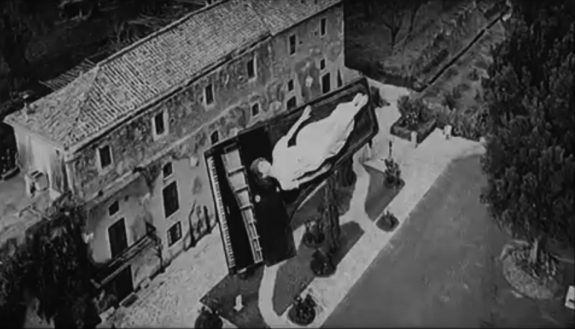 It is a woozily surreal, transgressive sequence that puts me in mind of Jean Cocteaus’s work but as reimagined by a strange mixture of David Lynch and a B-Movie borderline experimental exploitation film that you might see in the small hours on the archival film British television channel Talking Pictures TV.

Which, now that I have typed it, seems like an apt summing up of Et Mourir De Plaisir; it is a curious and intriguing mixture of mainstream, transgressive, almost exploitation and arthouse cinema, with the tropes and themes of all such areas of work contained in its relatively brief running time.

For a long time Et Mourir De Plaisir  was a film that was only available in variously edited, censored, cropped, badly restored, dubbed etc versions and apparently was only really known in terms of its visual glories via cinematic legend, stills in film books etc. 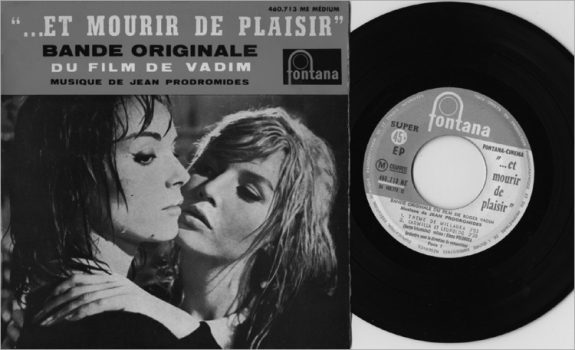 In recent years there has been an official DVD release of a largely restored version available, although that was a limited edition and seems to have sold out. There is a legitimately downloadable version of the film doing the rounds under the name Blood And Roses but I think that is the American re-edited and dubbed version.

Which I am actually mildly curious about as apparently the English language version was shot at the same time as the French version and I am curious to see how it was reinterpreted and apparently more obviously signposted in terms of plot and symbolism when compared to the French version.

Looking back there seemed to be something in the water in relation to horror films from around the time Et Mourir De Plaisir was made, something that caused the creation and coming about of rather classy, exploratory and nuanced work. 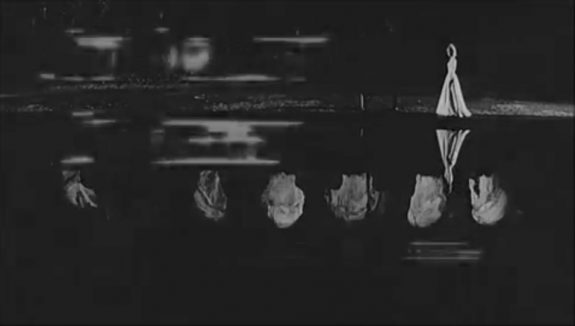 Along which lines I would include Mario Bava’s Black Sunday from 1960, starring Barbara Steele and Jack Clayton’s The Innocents from 1961.

Their tone and expression varies from the classic black and white gothic and grotesque horror of Black Sunday to the almost decadent aristocratic Technicolor sensuality of Et Mourir De Plaisir  via the repressed supernatural hauntings amongst the reeds and willows of the British countryside in The Innocents.

These films seem to be a small grouping of horror and/or supernatural films from that period which in some way make me think of them as being forebears or part of a lineage that would one day become or bring about what is known as folk horror.

All these films are set rurally but it is not this which makes me gather them together in this way (and what has come to be known as folk horror does not have to be exclusively set rurally)… it is something more subtle and underlying, possibly something in their atmosphere, their spirit and a sense that they are tellings of the stories of unsettled landscapes…

Hmmm. Something to think about and explore further I think… 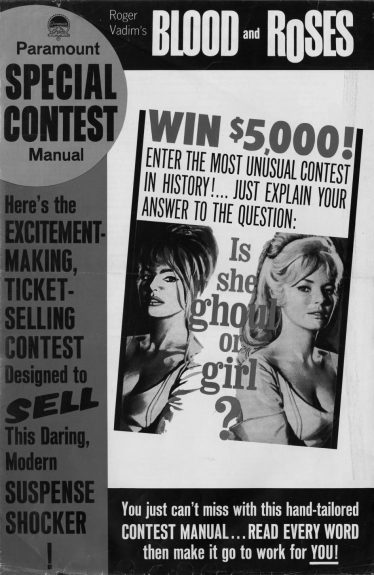 The trailer below makes me smile as with its period almost 1960s Batman-esque cartoon style text, “Plunging You Into The Midnight Zone… Beyond Reason! Beyond Belief!” tag lines, “Starring two alluring continental beauties” voiceover and accompanying US promotional material makes the film seem much nearer to being purely what you might think of as having been played at a drive-in cinema back when… as I mention above it does have elements of such work but it is not by any means just that…